For many in Pakistan's deep state, coming together of India and China is not welcome and needs to be stopped.

The abduction of seven Indians working with a power company in Afghanistan highlights once again the tenuous control that the government of Ashraf Ghani has over the country. 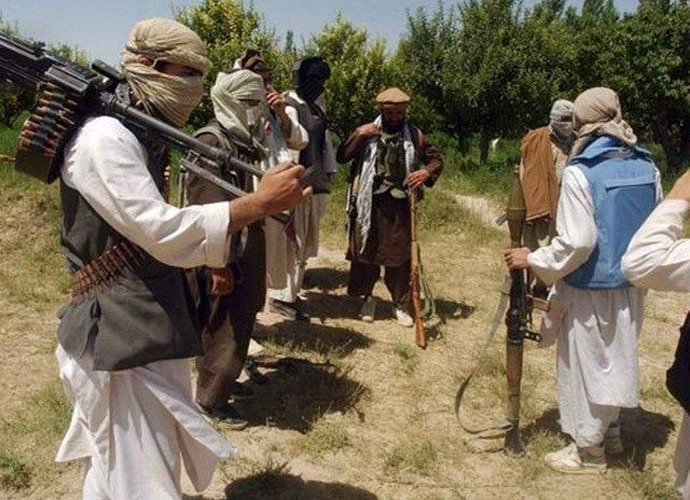 Despite 17-long years of effort by the international community and the elected governments of both Hamid Karzai and Ghani, the situation on the ground remains precarious. Kabul is in control of just a little over 50 per cent of Afghanistan. Some would say it could be lesser. This makes Afghanistan one of the most dangerous places in the world.

The abducted engineers were working for KEC, an Indian company involved in a power transmission project in the Baghlan province of Afghanistan. They were waylaid and taken hostage on Sunday morning, May 6.

According to provincial sources in the area, the Taliban is said to be behind the kidnapping. The Taliban has, however, not claimed responsibility so far.

The external affairs ministry and India's ambassador in Kabul are in touch with the Afghan authorities. Considering India's close political ties with Ashraf Ghani's government, there will be full cooperation from the Afghans officials. There have also been reports that the abduction was a case of mistaken identity as the engineers were mistaken for Afghan government employees.

Indians have been targeted several times in Afghanistan. But why now is the question everyone is asking? Is this a post-Wuhan reaction?

In 2008, a car bomb near the embassy compound in Kabul killed the defence attaché and a young diplomat among others. At that time it was the Haqqani network which was responsible for strikes against Indian assets. The Haqqani brothers are close to Pakistan's intelligence service, the Inter-Services Intelligence (ISI), and the attacks were part of a plan put in place by the ISI to restrict India's presence in Afghanistan.

The Pakistani military with memories of what happened in 1971 in East Pakistan was hell-bent on ensuring that Indians move out of their backyard. The ISI was worried that Pakistan would be squeezed like a lemon on both its eastern and western fronts by India. So the plan was to browbeat India and send it packing from Afghanistan.

Kidnappings and attacks on Indian workers were frequent during the building of the Delaram-Zaranj highway to link Afghanistan to Iran and thereby facilitate trade through the Chabahar port in Iran. Despite several attempts to frighten India into leaving Afghanistan, New Delhi completed the road and handed it over to the Afghan government.

Whether Sunday's kidnappings came in the aftermath of the Wuhan meeting between Prime Minister Narendra Modi and President Xi Jinping is not known.

There was talk after the summit of India and China working together on projects in Afghanistan. No details are known. But to many in Pakistan's deep state, this is not welcome and needs to be stopped.

Perhaps elements within the security establishment in Pakistan want to scuttle the coming together of India and China. These elements might view the development as another attempt by India to spread its influence in Afghanistan. Could this abduction be part of a plan to once again target Indian interests? Will Pakistan's ISI, concerned about India-China working together in Afghanistan, begin a fresh assault on Indian assets in Afghanistan?

Kidnappings are routine in Afghanistan and the seven Indians could just have been unlucky.

There are wheels within wheels at play in Afghanistan. It is a country where kidnappings for ransom form a profitable business. Workers of several nationalities have been kidnapped by different groups.

Sometimes it is by jihadis but often by armed gangs operating across the country on the lookout for easy money. Judith D'Souza, an Indian national in Afghanistan, was kidnapped in 2016 from Kabul. She remained in captivity for a month before being rescued.

Father Prem Kumar, a Roman Catholic priest, was also abducted from Herat in 2014. He was released in 2015. It may be too early to assign any motive to the latest kidnapping. But the fact that this has happened soon after the Wuhan meeting has led to speculations.

Afghanistan remains a major worry for the world. The US, despite President Donald Trump's announcement of his new South Asia policy, has been able to achieve little. The US is currently more focused on its interests in North Korea and Iran. Afghanistan is no longer a priority for Trump. This is why regional powers are all courting the Taliban, and opening lines of communication with them. Instability in Afghanistan, gives scope to all jihadi groups to base themselves there.

China faces a problem in its Xinjiang province. Beijing believes that over 50 "terrorist" groups are fighting for independence in Xinjiang.

It claims that 1,000 members of 10 different groups have undergone training at camps in Afghanistan, with some returning to Xinjiang and elsewhere in China and set up secret cells.

Russia is concerned about stability in Central Asia, and fears that instability in Afghanistan could spread across the region. The US too may use radical elements to destabilise Russia. So the fear is less about radical elements spreading their wings, and more about US using these forces against Russia.

Iran is equally concerned about Sunni terror groups. All these countries are now talking to the Taliban. They realise that a political solution is the only answer. Among other reasons, Russia's desire to forge closer links with Pakistan is also because of Afghanistan. Everyone realises that Pakistan must also play its part. While the Taliban is talking to all regional powers as well as to the US, they remain rigid in their stand. Whether a political solution can be worked out remains a question.

India is extending all political support to Ashraf Ghani's government. It believes talks between the Afghan government and the Taliban must be "Afghan-led and Afghan-owned", which means no outsider should dictate the terms of the agreement. Delhi is concentrating on developmental work and not overstepping its reach in Afghanistan.

#Modi-Xi meet, #Wuhan, #India-Afghanistan ties, #Taliban
The views and opinions expressed in this article are those of the authors and do not necessarily reflect the official policy or position of DailyO.in or the India Today Group. The writers are solely responsible for any claims arising out of the contents of this article.