Bal Thackeray’s life is worth a movie, but did Nawazuddin Siddiqui face ideological contradiction essaying the role?

With Uddhav Thackeray’s blessings, the movie’s release is unlikely to face any resistance in cinema halls. But what were Nawaz's feelings playing the Shiv Sena supremo?

Shiv Sena chief, the late Bal Thackeray, had vowed to never pen his autobiography. However, while the Shiv Sena supremo was still alive, his nephew Raj Thackeray came out with a photo-biography on him. And now, Sanjay Raut, once considered to be Bal Thackeray’s right hand man — some even called him a henchman — has produced a movie Thackeray, which is  based on Bal Thackeray’s life.

I believe, had Bal Thackeray been alive, he would have appreciated Raut’s efforts to bring his life to the 70mm screen.

Thackeray’s life was pretty eventful. Quite like a rollercoaster ride, it had many twists and turns, ups and downs.

He made several changes to the stands he took with many calling it hypocrisy.

South Indians were Thackeray’s first target, yet when General Kodandera M Cariappa, a Coorgi, came to Mumbai to stand for the Lok Sabha elections in 1971, against Krishna Menon, Thackeray supported him. General Kodandera M Cariappa received support from Bal Thackeray in the Lok Sabha election of 1971 — despite being a South Indian. (Source: Wikipedia)

Despite people saying, “Marathi manasachya martat gappa nivdun antat Cariappa (You talk about Marathis but support General Carippa during election),” Thackeray did not back down on his support for the general.

Known for his anti-Muslim rants and pro-Muslim politics, Thackeray struck an alliance with the Indian Union Muslim League (IUML). He also helped Sanjay Dutt get bail in the 1993 Mumbai blast case.

I recently interviewed Nawazuddin Siddiqui, the actor who would be essaying Thackeray’s role in the movie now. With due respect to his acting prowess, Nawazuddin’s credentials — a Muslim from the north Indian state of Uttar Pradesh — could have ensured he never got this particular role, had the movie been made by someone other than Sanjay Raut or anyone outside the Thackeray family. 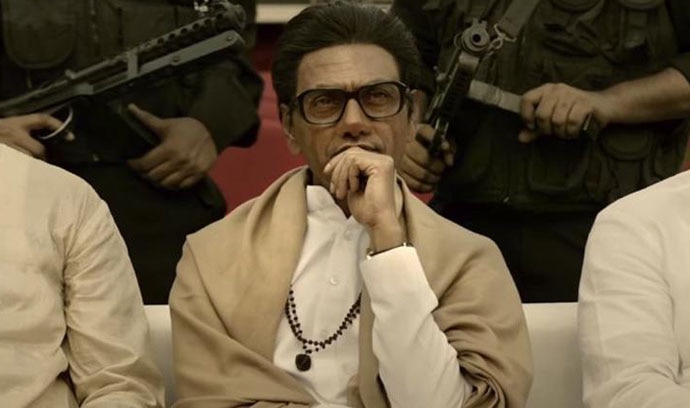 Nawazuddin came prepared with an answer. “Challenge tha. Method acting aise hi sikhayi jaati hai (It was challenging and that is how method acting is taught).”

When Nawazuddin played Saadat Hasan Manto in Manto (2018), he said he could relate to the character.

But how did he deal with Thackeray’s character?

How would a man from a minority community, growing up in northern India, have perceived the anti-minority rants of a leader from Maharashtra — and would it be difficult for such a man to identify with this leader?

Was there any ideological contradiction in his mind while essaying this character, I asked Nawazuddin.

“An actor cannot have any ideology — else he won’t be able to do his job,” was Nawazuddin’s well-rehearsed reply.

There is no doubt that Thackeray lived one of the most flamboyant lives. Charismatic and controversial at the same time, Thackeray rose from a humble background in Mumbai and despite having no political backing, went on to form his own political party. 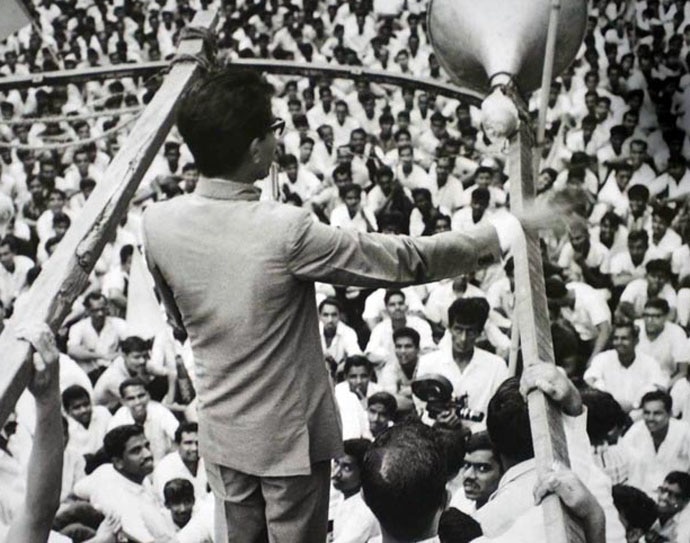 Bal Thackeray formed his own political party, despite having no political lineage. (Source: India Today)

Thackeray knew his political value and hence went on to live an unapologetic life — one that makes for a good film script.

The big question, however, is if we as a country can appreciate a film like this with an unbiased mind, especially given the outrage movies like Padmaavat (2018) have received.

Good that the movie has been made by someone in Thackeray’s camp. Since the movie has blessings from Uddhav Thackeray, it is unlikely to face any resistance at cinema halls.

So, does the film present Bal Thackeray as a hero?

Nawazuddin’s answer was an interesting one.

“You don’t need to be biased before watching a film. We haven’t tried to show him as a hero — he is already a hero.”

Post your comment
#Sanjay Raut, #Nawazuddin Siddiqui, #Bal Thackeray, #Thackeray
The views and opinions expressed in this article are those of the authors and do not necessarily reflect the official policy or position of DailyO.in or the India Today Group. The writers are solely responsible for any claims arising out of the contents of this article.