There are two sides to the story of Avni's killing: How my opinion changed after visiting Pandharkawada forest range

She had terrorised the villagers. Standing crops were drying in the fields, cattle were starving.

There is widespread anger about the killing of tiger T1. A  lot of questions have been raised over the postmortem report, and on calling shooters for the operation. However, it is important to understand the circumstances before the killing.

Before the shooting, activists had approached the court for the withdrawal of the killing order against T1, but the Supreme Court had refused to interfere.

After T1’s killing, as a furor raged around it, the National Tiger Conservation Authority (NTCA), a central body, set up a committee to investigate the case. 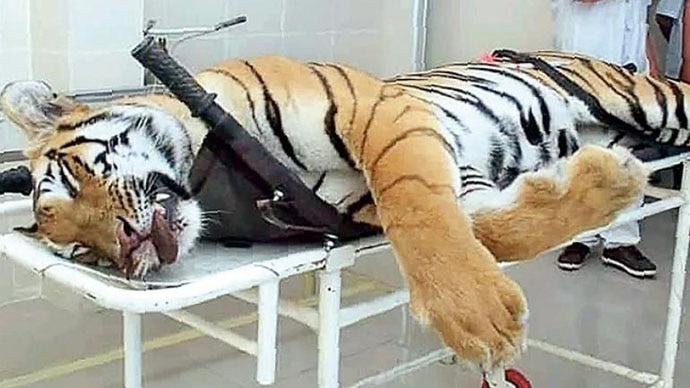 She did not deserve to be killed. But she was a declared man-eater. (Photo: India Today)

We too reached the Pandharkawada forest range as the three-member committee visited the spot where T1 was killed, made forest officers and the shooter recreate the entire sequence of events, and recorded their statements. The media was kept at a distance, given the stress the issue has already put the Maharashtra government under.

Over a period of three days, we traveled around 900 kms, interacting with forest officers, villagers and other people involved in the operation to track T1.

Everyone is unsure about whether all due procedure was followed in killing T1. But those who had experienced her existence were terrorised by her.

On October 17, T1 charged at a team tracking her movements near Sarati village. That was just one among the many instances of the tigress escaping before a team of rescuers could reach her. 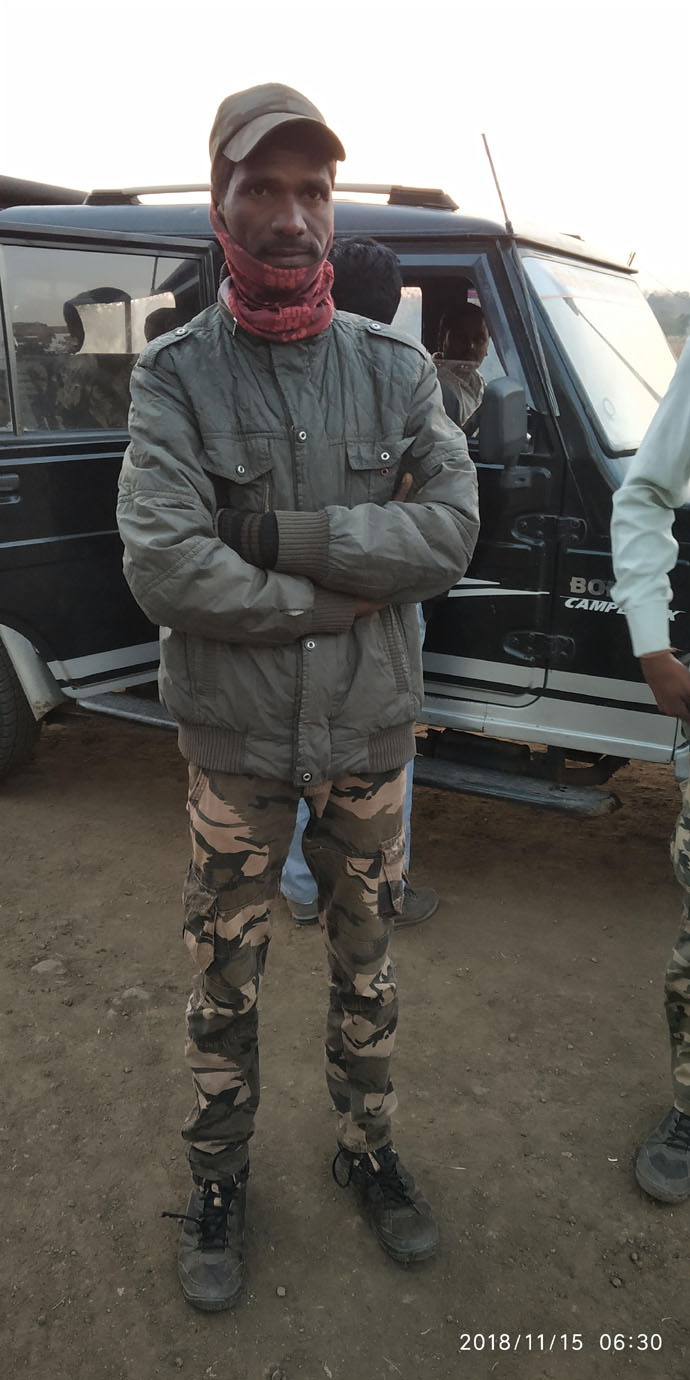 T1 charged at expert tracker Babulal Rathore and his team when they were tailing her. (Photo: Mustafa Shaikh)

The local terrain was one of the major challenges in the rescue operation.

The forest department has been torn apart by activists alleging inexperience on their part, and pointing out that the department’s methods of using elephants and Calvin Klein perfume to track her failed miserably.

But what is also true is that it was the trick of spraying another tigress’s urine that made T1 finally come out of hiding.

There are chances that T1 didn’t charge at the forest team — as they have claimed — and she was shot at despite that. It is for the NTCA committee to decide on these circumstances.

But at the same time, T1 was a declared man-eater.

“We were making all possible efforts to tranquilise her. According to NTCA guidelines, the attempt to capture a big cat shouldn’t slacken the efforts of terminating it. It’s unfortunate that we couldn’t save her. That doesn’t mean that we intended to kill her. We have followed the guidelines,” said Sunil Limaye, additional principal chief conservator of forests.

Man-animal conflict in this case is not about humans encroaching upon forest areas. Pandharkavda has had honeycombed villages in forests for decades. T1 was the first to make this her territory.

T2, a male tiger in the same region, is still frequenting areas near farms — but he is not seen as a threat by the villagers, as he has not harmed them.

T1 was not in a Protected Area (PA). Adding to this, there was a long list of human kills she was suspected to have made. 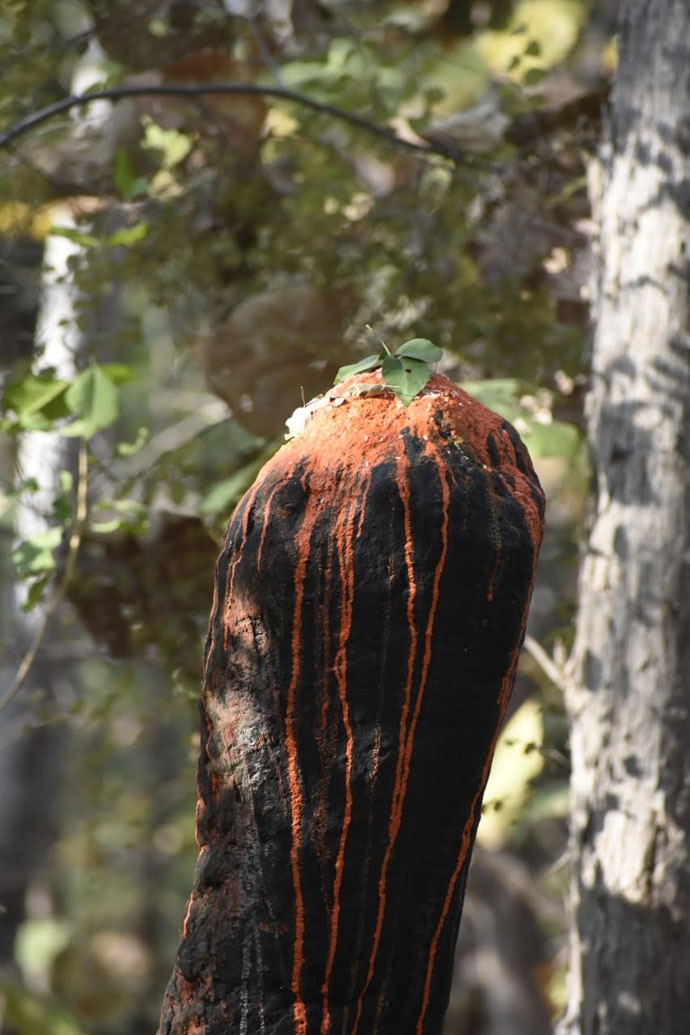 The locals have a deep relationship with the wild, which the urban mind cannot comprehend. The visit this deity in the forest everyday. (Photo: Mustafa Shaikh)

Man-animal interaction in India is far more wide-ranging than an urban mind can think of. A proof of this is an image of a tribal god in the middle of Tipeshwar Wildlife Sanctury, which has three adults and six sub-adult tigers. Tribals still visit their god inside the forest every day.

Villagers and field officers feared this 6.5-ft wild cat for a reason. 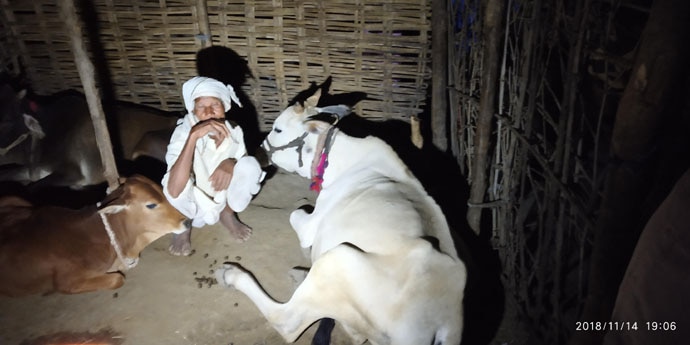 Nathu's brother was killed by a big cat, suspected to be T1, when they had taken their cattle out to graze. (Photo: Mustafa Shaikh)

The territory T1 marked as her own is anyway struggling with poverty and under-development. As there is load-shedding in the mornings, farmers can water their farms only at night. This they were unable to do, because of the fear of the tigress. Cotton was ready in the fields, but no labourer was ready to pluck it, because of the fear of the tigress. Farmers were advised to stay put in their homes at night — which was costing them dear, as wild boars were destroying their fields. The villagers dealt with this frustration for two years.

It was this frustration, and the grief of losing their loved ones, which led to villagers ultimately ransacking the vehicles of forest officers.

Each day, the pressure was rising at the base camp in Sarati village. Forest officials feared that if T1 killed one more human, their tent would be burnt down by angry villagers.

On the other side, cattle were starving as they couldn’t be taken out to graze. Humans stayed indoors, waiting for the news of T1’s capture. 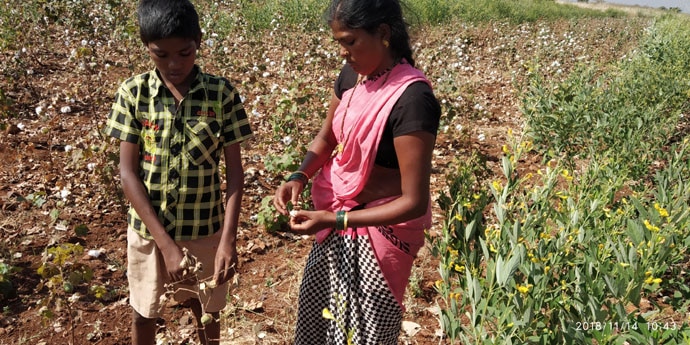 Villagers were afraid of harvesting their cotton crop for fear of being attacked by the tigress. (Photo: Mustafa Shaikh)

In the aftermath of T1’s killing, a lot of questions can be raised about the procedures followed — or not followed. But at that point, there was only one thing on the team’s mind: capturing T1, alive or dead.

Postmortem reports suggest the tigress had not eaten for six days. She was seen at the nullah at Borati village on November 2, the day she was killed. Was she after a Nilgai or a man? The question remains unanswered. Later in the night, the five-member team went to the spot after it was confirmed that the big cat spotted was indeed T1, and she was shot.

As per the forest department, a dart was first fired to tranquilise her, but it failed to have much effect on her. The tigress growled and moved towards the officers, which is when she had to be shot, they say.

Allegations have been made that the dart was inserted into her body after she was killed, as a “cover-up”.

“If we had indeed inserted the dart after killing her, we would have done it properly, and not left it on the surface. Tigers have loose skin, and hence the needle remained on the surface and didn’t penetrate her muscles,” said Limaye.

The villagers have felicitated the shooters, Shafat Ali and his son Asghar Ali, for eliminating T1. (Photo courtesy: Mustafa Shaikh)

Killing the tigress doesn’t set the right precedent. The use of private shooters can’t be a good move. But the villagers are back to living life normally. They have felicitated the shooters, Shafat Ali and his son Asghar Ali, for eliminating T1.

The terrain of Pandharkawada is such that it may soon be inhabited by another tigress. The villagers will have to learn to live with them. Installing solar wires along their farms and not defecating in the open are some precautions they will have to take, to avoid becoming a prey to the wild.

Also read: Avni was perhaps not a habitual man-eater. A bunch of inept people could not understand this

#Tiger Conservation, #Man-animal conflict, #Maharashtra, #Avni
The views and opinions expressed in this article are those of the authors and do not necessarily reflect the official policy or position of DailyO.in or the India Today Group. The writers are solely responsible for any claims arising out of the contents of this article.

The author is a principal correspondent with India Today and Aaj Tak.