The world of Twitter is fascinating. Unimaginable it would have been at the beginning of this millennium the power of 140, now 280, characters to reach so far, create and redefine narratives, report or distort news, make or break reputations, and create, enable and endorse a platform for opposing, often, unbelievable ideas, to coexist. Twitter connects, and Twitter is used to create and deepen existing divisions. Working in tandem with print and electronic media, Twitter, and its older buddy, Facebook, have managed to turn the realm of dissemination of news, information and opinion on its head, adding many a body and mind handstand, cartwheel, back walkover, double turn, straddle jump and cat leap to the mix. 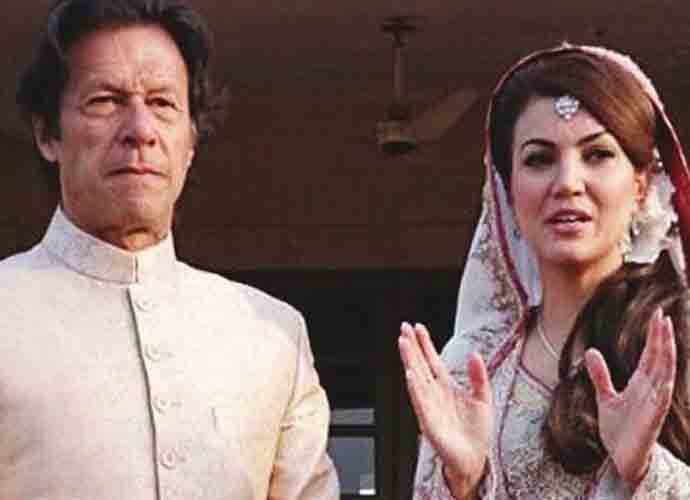 The world of news has never been more expansive, more explosive and more exploitative than it is now. Enlightenment or darkness of ignorance, only time will tell. Written mostly by those who control the propagation and scope of news, it is all an enigmatic circle now, never-ending, exasperating, essential, and very human.

I know how it feels to be the focus of media attention, have your face plastered on TV screens in 24/7 loops, watching your life become a series of punchlines and headlines in scintillating tickers, half-information, half-innuendo, your name in countless tweets, mentions and notifications, your personal life made a juicy spectacle in a world of brief attention spans and the moving-to-the-next story rush to unravel a life. Not many bother to ask the right questions, not many make the effort to even read or examine all the available information.

The modus operandi is simple: hear or read something, react and respond immediately. Let integrity be damned, let basic decency go to hell. Without losing traction, jump in to add a line, distort a truth, embellish with a lie, augment with your own judgement, and salivate watching a life being shredded on social media without a thought. That there is a real person behind those 140-280 characters, a living human being behind the photos, a real life behind news and views seen on a timeline is neither important nor of any value. I've seen it happen to me, and I've seen it happen to many people, some I know personally, some virtually.

I've seen apparently enlightened, open-minded, fearless "champions" of women rights attack my character - having known me very superficially or even without having ever met me - when I "dared" to question - in a civilised, non-confrontational and gracious manner - their opinions, public actions or tweets. Their reaction: I wreck marriages, plan destruction living in a different country or even kill people I've never even seen. Me, I remained consistent. I never attacked a woman's character, her personal life, or her choice to cover up or reveal her body.

My personal Greek tragedy has taught me much. Being judged by strangers makes you wary, less trusting, a tad vulnerable, a little cynical, and very, very cautious. When opinions of strangers become the "barometer" of your character, your humanness takes a double take, you are at a loss of words, slowly retreating into a protected corner within yourself. Sometimes, the healing process is long, and it changes you. Watching your life remain a subject of curiosity to people you have never seen, what sustains you is your moral compass, your principles and your value system. You win the battle because your conscience remains your guiding force.

What I saw on my Twitter timeline after the official announcement of Imran Khan's third marriage was a manifestation of everything that is wrong with our expression of opinion on a public platform open to literally any and everyone in the world sans any distinction of faith, nationality, ideology, class, age, sensibility, IQ and EQ. The anonymity of expression of your opinions on Twitter makes it a perfect forum to unleash your dark side, your Mr Hyde, your inner demons, your blatant hatred, your gratuitous cruelty. It doesn't matter who you are in person, Twitter provides you a virtual, anonymous opportunity to be the best of you or the worst of you.

Imran Khan v.3.0 out as he gets married for the 3rd time???? #ImranKhan pic.twitter.com/Sdgo9rZj7L

What you end up tweeting is simply a reflection of your core values that you quietly cherish, or your vacuous viciousness that you keep well cloaked in your life off-Twitter. Before you know it, the two sides superimpose on one another making it hard for even you to see where one ends and the other starts. Mostly, the image in the mirror - if you ever have the moral courage to self-analyse - is dark, grainy, twisted, ugly, bearing a very distant resemblance to who you once used to be.

It is irrelevant to me whether it is Imran Khan's first marriage or fifth. Or whether his first wife was a young, beautiful English woman who he is friends with even years after their divorce. Or whether his second wife and what happened in that marriage is an enigma to people of Pakistan or not. Or whether his third wife is a recently divorced woman with five children, and is covered from, literally, head to toe, in her nikah ceremony to Khan. It is all immaterial to me. As is the constant commentary on Khan's new wife's spiritualism, her "influence" on Khan's personal and political life, her tag of a "pirni", her decision to end one marriage to promptly tie the knot with arguably the most famous Pakistani (within Pakistan), her decision not to show her face at her nikah with Khan.

The interest in a public person's private life that is in the domain of public is neither new nor merely restricted to Pakistan. Those who are public figures live with the price of their public persona being under the radar all the time. Everything you say or do comes under microscopic scrutiny, every action is analysed and dissected threadbare, every word is heard and enhanced or distorted, depending on your affiliation. Having said that, where is the line drawn?

From writing of articles that are a little more than petty gossip-peddling, atrocious judgements, and so-called reportage based on hearsay, un-substantiated information, and unverified claims of political rivals or disgruntled former spouses - of both genders - to outright slander on social media to shrill, breathless "breaking news" on TV, Khan and the news of his marriage has seen it all. Those who claim to be speakers of truth, guardians of freedom of expression to live your life as per your beliefs, women rights, and the sanctity of choice - with due respect to all who actually practise what they preach - have been at the forefront of trash-Imran Khan and his new wife on social, print, online and electronic media. What is baffling to any sane person who believes in prevention of ad hominem attacks on anyone to prove a point, to settle a score or to simply trash someone you don't like: what happened to checking of facts, verification of news, providing of evidence to prove your claims? What happened to your "liberal" views that ensure the existence of opposing views and lifestyles? What happened to your "feminism" that promises to work for a world in which women rights are human rights? Liberalism and feminism are not just fashionable words, an agenda, a self-serving narrative. These are lifestyles, lifelong and steadfast, chipping away at one brick, one at a time, of oppression, suppression and inequality towards human beings in general, and women in particular. What you practise is what you are. You can't pick and choose your "attacks", your next "target".

Notwithstanding your personal likes and dislikes, what matters is your principled stance on all issues. That is to me the real definition of a liberal and of a feminist. There are many fabulous liberals and feminists who fit the bill, whose fight is consistent, providing solace and strength in a world full of agenda-based activism and selective morality.

It does not matter whether it is Imran Khan, Shehbaz Sharif or Asif Zardari. It does not matter whether it is Jemima Khan, Reham Khan or Bushra Wattoo. What matters is that you keep your debate dignified, your objections clear and objective, your criticism healthy, even your jokes within the realm of decency. There is a very fine line between healthy criticism and gratuitous trashing. Take a deep, hard look at yourself: do you ever cross that line? At the end of the day, it is not about the number of retweets, favourites and viralling of your memes, and TRPs of the interviews you gave against those you parted ways with - personally or politically.

It is all about who you are, what your values are, and that forgotten thing within you - your conscience. How you let all of that shape your life is up to you.

Also read: Why RSS has intensified its drive to create babies with 'Aryabhata's brain' and 'Shivaji Maharaj’s build'