DailyOh! Venus is bowing out of the night sky, to what cyclone really means

You will now be able to see Venus at a time when you are normally deep in sleep.

Cases in India are rising. You may say that is happening world over, but in India the worst fear may be about to come true - the fear of the virus reaching villages where basic healthcare infrastructure never reached. Of the 835 samples taken from migrant workers returning to Bihar from Delhi, 218 turned out to be positive. That’s a positivity rate of 26 per cent. The positivity rate in Delhi is 7 per cent. The national average is 4 per cent. You may try to find comfort in the fact that the government would have thought this through, but the truth is that when it comes to migrant workers, the government just forgets to think.

Whether the government is thinking or not, over the past two months and more, we have been completely locked up inside, thinking about the coronavirus - which areas it has reached and how many people it has infected. Many who do not have access to terraces and balconies may not have really seen much of the night sky all this while. So clear is the sky these days that you can see stars in it even from otherwise polluted cities like Delhi.

A big churning is happening in the skies that has nothing to do with the sudden reduction of pollution though. Venus, the third brightest object after the sun and moon, is set to bow out of the evening sky. The planet was visible in the western half of the sky right after sunset. By May end, Venus will start to hang low in the west. About two weeks later, it will become visible in the eastern sky just before sunrise. Now that’s the time when we are deepest in our sleep. You can reserve the Venus-spotting morning mission for off days then, when you can wake up to see the planet and then return to bed to sleep some more.

Now, Venus was of particular interest to us on Earth because it was visible from our planet and exhibited a full set of phases similar to that of the Moon like the aadha Chandrama and full moon. How did we find that out? That was thanks to Galileo Galilei, who is considered to be the father of modern physics, scientific method and modern science. Three kids at that.

Venus maybe leaving the night sky, but tomorrow is the day when supercyclone Amphan will make a landfall in Odisha and West Bengal. Yesterday, we told you who gave Amphan its name.

Today, we want to tell you why a cyclone is called a cyclone and not just a storm or any other name. Cyclone is our Word Of The Day. The word originates from Greek word kyklon, which means ‘moving in a circle like the coil of a snake’. The word cyclone was actually coined by Henry Piddington, an English merchant captain who sailed in East India and China. Piddington later settled in Bengal. He is well known for his studies of tropical storms and hurricanes. Piddington published about 40 papers dealing with tropical storms from Calcutta between 1836 and 1855 in The Journal of the Asiatic Society.

Technically, cyclone is any kind of circular wind storm. But now, it is only used to describe a strong tropical storm in the Indian Ocean. Hurricanes and typhoons are the same but in different places. Hurricanes, typhoons and cyclones form over water. That is where they differ from tornadoes, which form over land.

A cyclone is not a cyclone if it happens in Florida. There is it a hurricane. In the Philipines, it’s a typhoon.

We call same things different names in different places. In places like Pakistan, people, as in Pakistanis, deny the existence of certain things wishing they would go away that way. The Pakistan Supreme Court has gone that way to say the coronavirus is not a pandemic in Pakistan. So what? So shops should be allowed to open up. These Covidiots Of The Day have even questioned the government decision to close all shops on weekends, asking if the virus especially comes out on Saturdays and Sundays. No, it’s not the virus. It’s the people who come out in larger numbers on weekends and it is they who spread the virus. But who can explain that to the jurists sitting in the Supreme Court across the border? We can’t. Not even trying.

But since we are talking about a court matter, let us tell you about another court matter. This one is about the FBI and Apple Inc. Now, FBI investigations hit a wall every time the agency catches someone with an Apple phone, as in an iPhone. The latest case where FBI and Apple have locked horns is the Pensacola shooting incident. The shooting happened in December 2019. Mohammed Saeed Alshamrani attacked the Pensacola Naval Air Station during the shooting, killing three sailors and injuring eight others. Alshamrani too was killed in the attack. The investigation led the FBI to conclude that it was Al-Qaeda. So what can Apple do about it? Well, FBI found Alshamrani’s phone, an iPhone, and wants Apple to unlock it. Apple has once again thrown its privacy rules in FBI’s face. This has left FBI fuming once again. 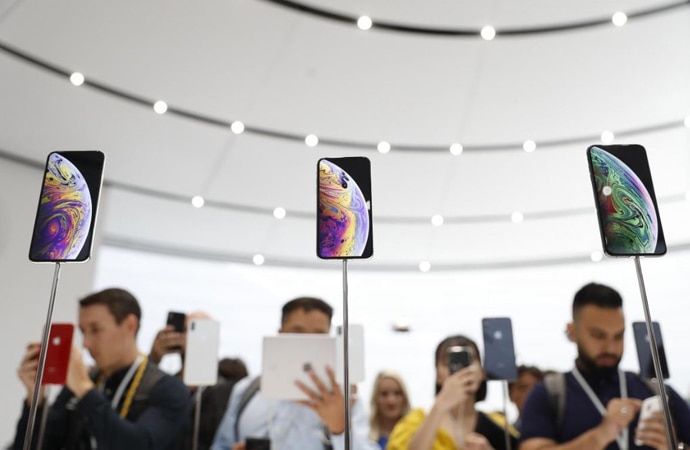 Apple and FBI are in the middle of another battle. (Photo: Reuters)

We say again because the first time the fuming started was in 2015 after the San Bernardino terrorist attack. FBI asked Apple to unlock the iPhone used by a shooter in the attack. Apple refused. Since 14 people had died in that attack, a federal judge asked Apple to do what the FBI was asking it to do.

The judge asked Apple to provide “reasonable technical assistance” to the FBI. Any iPhone is disabled after 10 unsuccessful password attempts. FBI wants Apple to overhaul this system. This overhaul would require Apple to create a master key. So, why exactly is Apple not complying? Because this master key would then help open not just one lock that the FBI wants unlocked. It would be used to open millions of other locks also.

That would defeat one of the many reasons for which people buy iPhones.

The good news is that the first coronavirus vaccine to be tested in humans appears to be safe and able to stimulate an immune response against the virus. The vaccine manufacturer, Moderna, had tested it on eight people. Now, the sample size for tests is being extended to 600 people. Even if all goes well, we are at least about a year to 18 months away from having sufficient quantities of the vaccine. You know what you have to do until then. Keep the mask ready.

#IPhone, #Cyclone, #Amphan, #Venus
The views and opinions expressed in this article are those of the authors and do not necessarily reflect the official policy or position of DailyO.in or the India Today Group. The writers are solely responsible for any claims arising out of the contents of this article.