In Gujarat election 2017, VVPAT for all booths: What voters should know

Amid rising allegations of EVM tampering, these machines enable people to check which candidate gets their vote.

As Gujarat goes to the polls from today, it will be the second state after Goa to provide voters Electronic Voting Machines (EVMs) with Voter Verifiable Paper Audit Trail (VVPAT) for casting the ballot.

Demands for the use of VVPAT have been rising in the wake of allegations of EVM tampering. In the recent Uttar Pradesh civic elections, claims were made of largescale EVM tampering to benefit the BJP.

So how does VVPAT help?

According to the Election Commission of India: “Voter Verifiable Paper Audit Trail (VVPAT) machines are used during election process to verify that the vote polled by a voter goes to the correct candidate. After a voter presses the button on the EVM against the chosen candidate, the VVPAT prints a slip containing name of the candidate and the election symbol and drops it automatically into a sealed box.”

“The machines give the chance for the voter to verify their vote. The machine is placed in a glass case in a way that only the voter can see it. The slip is displayed to the voter for seven seconds after which the VVPAT machine cuts it and drops in into the storage box with a beep. The machines can be accessed, though, by the polling officials and not by the voter.”

VVPAT machines thus serve a dual purpose – enabling voters to check which candidate gets their vote, and empowering the Election Commission to recount votes for booths where allegations of compromised EVMs surface.

The EC can also choose random booths to recount votes even if no complaint has been aired, to check if the EVMs functioned properly.

Where will VVPAT be used in Gujarat?

As of now, the Election Commission intends to cross-check EMV votes with VVPAT at one booth, randomly selected, from each of Gujarat’s 182 Assembly constituencies. 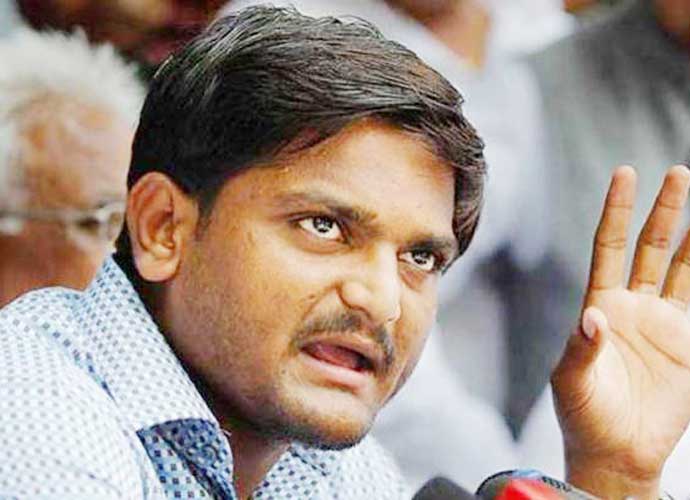 Hardik Patel has claimed that 'over 3,500 VVPAT machines had failed in the first level test of the Election Commission'. Photo: PTI

However, the Gujarat High Court is hearing a petition that has demanded 100 per cent manual counting of votes. The EC has opposed the request, reiterating that EVMs are tamper-proof.

The HC, on December 7, issued a notice on this to the EC, and asked for a response by December 12.

Another matter regarding the VVPAT had come to the HC, where a PIL had said that enough awareness had not been created among voters regarding the new system, and that this could “affect voting and transparency”. The HC rejected the PIL.

Patidar leader Hardik Patel, meanwhile, has claimed that “over 3,500 VVPAT machines had failed in the first level test of the Election Commission”, and that the BJP would try to mechanically manipulate the poll outcome.

Implementing the VVPAT facility has been in the pipeline since 2010, as part of upgradation of the EVM system. Several political parties have demanded the introduction of VVPAT machines, and BJP’s Subramanian Swamy had even filed a case about it.

In 2013, the Supreme Court had directed the EC to introduce VVPAT in Lok Sabha polls 2014. The system was used in some phases, but not in the entire polling process.

The demand has grown in strength in the recent years. After the BJP’s staggering success in the Uttar Pradesh polls earlier this year, BSP chief Mayawati had alleged that the EVMs were rigged to favour the BJP.

After AAP MLA and software engineer Saurabh Bhardwaj “demonstrated” in the Delhi Assembly how EVMs can be tampered with, the EC announced an “open challenge” to hack the machines. However, no political party attempted the challenge, held on June 3 this year.

Can EVMs be tampered?

As an article in DailyO has explained, the EVM has a control unit, a ballot unit and a five-metre cable.

“In one minute, only five votes can be cast at EVMs because it needs to periodically turn itself off to reboot itself. Even though calculations and counting have been made very easy by the EVMs, tampering an EVM too isn’t that unthinkable.”

“Entire data from EVMs can be deleted or the software to register votes adjusted and the election results can indeed be manipulated to suit particular ends by expert hackers. Without adequate transparency, such as paper trail, EVMs are vulnerable to manipulation and can only be relied upon so long as model conduct is followed by voters and election officers.”

Though it might be difficult and even impractical to manually count votes for the all 50,128 polling booths in Gujarat, the use of VVPATs will help conduct a freer and fairer poll, and avoid allegations that call into question the legitimacy of a democratically-elected government.