Why Muslims fast on Ramzan (and how it should be done)

Ramzan is the holiest of months according to Islam. It is in this month that the Prophet had the revelation: Allah proclaimed him the messenger and sent down the Quran or Holy Book.

When we were children these were magical days for everyone in the family would prepare for Ramzan weeks ahead as it was a month of piety and devotion. Also, fasting is far more fun when there are many involved. The discussions on food are endless and so are the preparations.

Today, social media is divided on whether it’s Ramzan or Ramadan and whether correct way is to wish anyone Ramzan Mubarak or Ramadan Karim. These are semantics. India was the land where Persian used to be the court language under the Delhi Sultanate and the Mughals. Even the British had to learn Persian in order to administer properly. 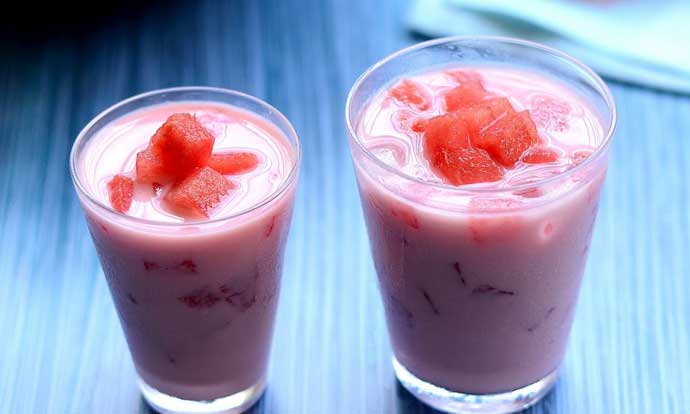 Scholars knew Arabic and though it was part of the languages whose words were imbibed by Hindavi (modern day Urdu, henceforth called Urdu), it was overshadowed by the number of Persian words in it. Arabic alphabet has 28 letters, Persian has 32 and Urdu written in the Perso-Arabic script has 36 to accommodate the Indian sounds. The Urdu pronunciation naturally was also influenced by the Persian pronunciation and in Persian the Arabic letter “zwad” is pronounced as “z” and not “dw” as in Arabic.

However, with the opening of employment opportunities in the Gulf, Indian Muslims were exposed to Arabic and over the years the Arabic word Ramadan has been used by many.

It really doesn’t matter for we are not speaking in Arabic but Urdu where we call prayers which is “salah” in Arabic as namaz and the fast which is sawm in Arabic becomes roza in Urdu.

Whatever you call this month, the real purpose is to follow the spirit that is inherent in the faith.

Ramzan is not just about fasting or staying hungry and thirsty for one month, but much more. This is the month for piety and devotion.

It’s main purpose is to learn self-control and strengthen will power. Ramzan is the month in which we have to guard against all temptations and evil.

A roza is not for the stomach alone, it’s for the tongue too: one must not utter anything harsh — in anger, malice, spite or cruelty.

Whoever does not give up forged speech and evil actions, Allah is not in need of his leaving his food and drink (that is Allah will not accept his fasting)."

A roza is for the eyes: one must guard oneself from being attracted towards evil and to raise ones voice if one witnesses oppression.

A roza is for the body: one must not indulge in wrongful and illegal acts.

A roza is for the heart and the mind: to remain engrossed in remembrance of God and spirituality, and to increase one’s faith in God and remain steadfast.

Ramzan is the month for charity: for giving zakat and helping those who are needy.

However, Allah does not want the people who are fasting to be inconvenienced either and in case one is sick or travelling, one can make up for it later by fasting.

Allah intends for you ease, and He does not want to make things difficult for you. (He wants that you) must complete the same number (of days), and that you must magnify Allah for having guided you so that you may be grateful to Him". (2:185)

If, as in my case, one can’t fast because of medical advice, one should offer the less privileged the meals that they would themselves have in the morning and evening, or give them the money to buy those meals with. But we must be careful not to indulge in very heavy, fried items. Photo: Reuters

There are occasions when one thoughtlessly puts some food into one’s mouth. When it is unintentional, there is no need to curse oneself — just resolve to be more vigilant because as per the Hadith: “If one forgets that he is fasting and eats or drinks he should complete his siyam (fast), for it is Allah who has fed him and given him drink (Bukhari, Muslim).”

In this month, one sees a number of people sending iftar to mosques and calling people to their house for iftar, as the Hadith says:

He who provides for the breaking of the Siyam of another person earns the same merit as the one who was observing Siyam without diminishing in any way the reward of the latter (Tirmidhi).

The roza starts with suhoor or sehri as it’s known in India and that’s an important meal (to be had before dawn prayers). Anas related that Rasulullah said: “Take the Suhoor meal, for there is blessing in it (Bukhari, Muslim).”

This gives one energy to last through the day and it is important to have food which aids the slow release of nutrients throughout the day, such as dates and oats porridge. The fast should be broken with dates because of their nutrient value and natural sugar content. It aids the effect that the sudden intake of food has on an empty stomach. May the Ghughni be with you. Photo: Rana Safvi

That is why traditionally, one breaks the fast with dates and a milk-based drink or a light snack and then goes for prayer. The rest of the meal is had after that, when the stomach is again producing digestive juices.

It is also a month of detox, something we otherwise spend a lot of money on. But we must be careful not to indulge in very heavy, fried items when breaking the fast as they can have an adverse effect on the digestive system.

My favourite iftar item and a very popular one is ghughni or black gram salad:

In a pressure cooker fry the onion slices, zeera and chilli till onion is golden brown.

Add the soaked gram and salt.

If there is excess water then dry it.

It is healthy, nutritious and tasty. For me, Ramzan is incomplete without it.

Also read: Why Karnataka election results should worry both Rahul Gandhi and Modi