Domestic violence starts at home. But so does toxic masculinity

The UN recently celebrated ‘International Day for the Elimination of Violence against Women’ on November 25.

As per data shared by the UN, at least 1 in every 3 women will face either physical or sexual violence in their lifetime.

However, when we consider the responses of women to the #MeToo movement, 1 in 3 seems like a fairly conservative number.

The other striking thing about the data was that most of the sexual and physical violence experienced by women is by their intimate partner. It's not your fault. It's the fault of misogyny. (Source: Reuters)

Abusive relationships begin and thrive on manipulation that makes victims believe that the abuse they face is their own fault.

However, in the Indian context, that goes further with the widespread cultural notion that men can beat their wives.

A study conducted by the National Family Health Survey in 2015-2016 showed that 52 per cent of women thought it was acceptable for a husband to beat his wife, and 42 per cent of men considered beating their wives acceptable. The same survey revealed that 1 in 3 women would be victims of domestic violence in India after they turn 15. The rate of domestic violence was higher in rural areas compared to urban areas.

Perhaps the most disturbing part of the survey was that about 33 per cent of the women that experienced physical violence by their husbands were injured.

Of these, 8 per cent had injuries like sprains and dislocated joints, and 6 per cent had broken teeth, bones and other serious injuries.

Yet, in spite of the clear danger to their health and lives, only 14 per cent of them sought ways to end the violence.

Data from the National Crime Records Bureau showed that 40-50 per cent of all female deaths were related to dowry. Suicide by women under the age of 40 is another cause of death that is growing steadily.

According to a study by Lancet, India has the highest rate of female suicide in the world with 36.6 per cent females committing suicide. 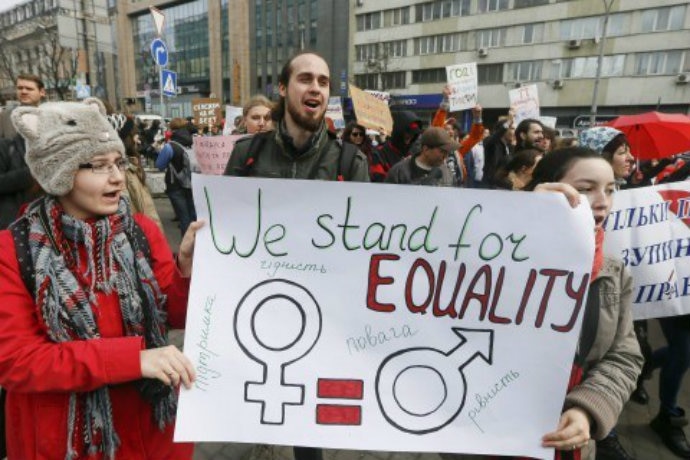 Both women and men are victims of patriarchy. (Source: Reuters)

Empowering women to know their rights and improve their self-worth are great ways to equip them to handle violence, especially by intimate partners. However, there is still the question of why so many men and women believe that domestic violence is acceptable. It also begs the question - are the efforts to empower women working?

It appears that even as girls and women enter classrooms and offices, thereby gaining financial independence, their fates are sealed by the whims of their husbands. A domestic worker once told me that she had been duped and brought into her husband’s home, only to discover that he already had a wife and two sons. He often beat her mercilessly and one day, he threw her out of the house. She didn’t leave because her mother-in-law ordered her to stay and her husband had to accept the decision of the elder. Yet, even though she was unlawfully married and is a victim of repeated abuse, she did not want to leave because she accepted her situation.

Toxic masculinity is accepted by men and women in society.

Worse still, many even expect it. Patriarchy has claimed many victims - not all of them are women. 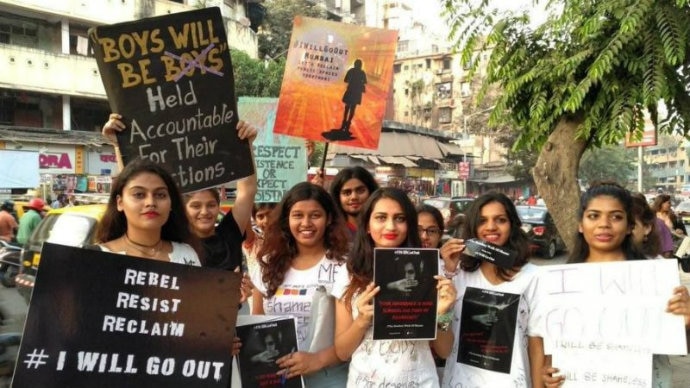 Let's not cling to the ‘good old days’ when men were men. (Source: Reuters)

Boys and men are still not allowed to experience emotions. “Boys don’t cry” is still the most common phrase heard in schools and homes across the world. From their boyhood, men are taught not to express emotions - unless it is happiness or anger. Happiness becomes the expression of all things positive. Anger becomes the go-to emotion for everything that makes them feel uncomfortable.

As boys are berated and humiliated for expressing any sadness, fear or helplessness, they grow up not knowing how to react when they feel them.

Perhaps one of the most common complaints heterosexual women have of their partners is that the men are emotionally closed off.

Feeling and expressing emotions appropriately is part of what makes a healthy human being.

Even as human beings are capable of experiencing a range of emotions, men are shamed for experiencing most of them. Divided into masculine and feminine emotions are expressions like crying, anger, laughter, fear, among other. Women exhibiting masculine emotions are often lashed out at too — for example, women are not supposed to be angry, women are not supposed to laugh unabashedly — because that is what men do. 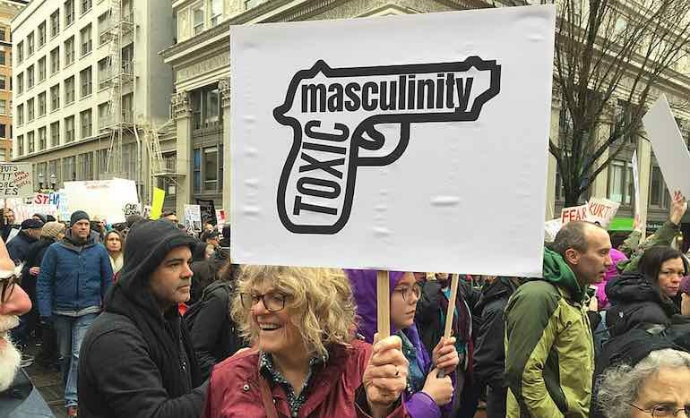 Toxic masculinity is a problematic expectation in a world that is inching towards equality. Yet, as the world evolves, some sections continue to cling to the ‘good old days’ — the days when men were men.

We should remember that men who identify as male are still men, whether they wear pink shirts, cry in public or lift cars. Being able to accept the sheer humanity in us is surely a lot more masculine than chopping down a tree, especially when you come to think of the fact that we have a global warming crisis!

Also read: Why Ranveer Singh and Nick Jonas are the perfect male leaders for #MeToo