One trolls, others clap: Don't be part of that shameless cheering mob either

If you think Saif Ali Khan shouldn't be trolled for supporting India, then shut down trolls who are body-shaming Sarfarz. Don't be selective in your outrage.

If it happens once, chances are it will happen again. That is the one constant about bad behaviour on social media, in front of a TV camera, in broad daylight, in closed rooms, on airplanes, in the presence of people, but invariably almost every time captured by that one ubiquitous invention of technology: phone camera. There is nothing new about people behaving badly, and there is nothing new about that behaviour receiving applause from a crowd, a few onlookers, like-minded spectators, or friends or supporters of the perpetrators. What is new is the reaction to a video going viral, and thousands of viewers adding their comments to the video. Bad behaviour is caught on camera, and it gets an instant social media trial, which in some cases is the right thing, at the right time.

A shameful act by a Pakistani fan with captain Sarfaraz Ahmed, this is how we treat our National Heros. Highly condemnable!! 😡 pic.twitter.com/WzAj0RaFI7

The case of Sarfaraz Ahmed’s verbal harassment is the latest example of bad behaviour that is planned, recorded and posted on social media with the sole purpose of getting a reaction from multitudes who feed on famous people being mocked and humiliated. In this case, it backfired. Almost a unanimous response of condemnation of the harasser’s fat-shaming of Sarfaraz in a UK mall is one bright sign of decency getting a little space in a world that is increasingly dark, hostile, belligerent, and very, very cruel. Cricket fans from all across the globe reacted the way all normal, decent folks should to an act of harassment of a sportsman who in his leisure time, holding his very young son, is just trying to have a regular day. They criticised the act. The world is just the way it should be. For one day. Only it isn’t. 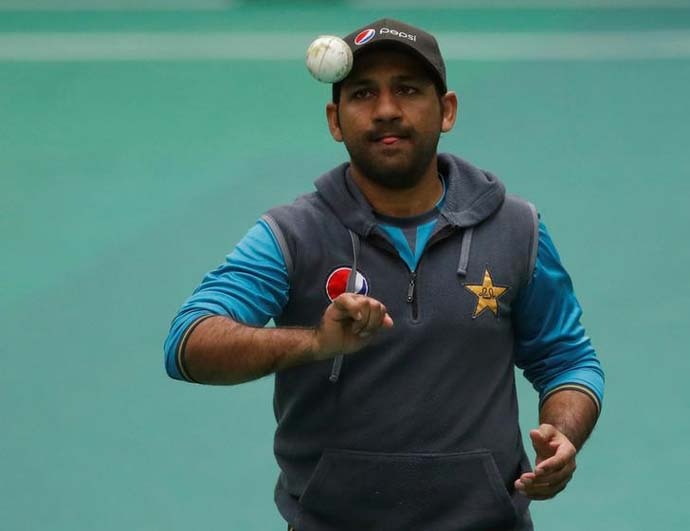 A Pakistani heckling Sarfaraz in a UK mall is awful. (Photo: Reuters)

Following a half-baked apology from the harasser, the issue of harassment of Sarfaraz will be talked about a bit more until it is archived in news that pop up when you Google bad behaviour with sportspersons. What it has done is bring to the fore the uncomfortable truth of the bad becoming mainstream, abusive language receiving social media validation, and trolling of celebrities, politicians and anyone with a contrarian opinion being used as an effective tool of intimidation. One incident of heckling the captain of Pakistan cricket team after a World Cup debacle of a match and loss against India, and a social-media forced half-a** apology video, will not change the ugly truth of reactions and counter-reactions in a world that exists on the power of phone cameras and social media posts.

Feelings of exasperation, disappointment or anger at an abysmal sporting performance are a phenomenon most of us experience at one point or the other. Film stars are mocked for their choice of lame roles, for their lousy acting. Politicians face constant criticism. Intellectuals are challenged for the rigidity of the views, or their inability to accept an opposing view. It happens to everyone. The only way to deal with it is not giving it any importance. Negative comments prickle, gratuitous criticism affects, cruel remarks hurt. But letting any of it get to you is the perpetrator gaining an upper hand. Don’t let anyone’s negativity, toxicity and cruelty get to you.

And then there is the other side. Going beyond the harmless anger that a person feels towards a public figure for one reason or the other must be something that should always be kept in control. Letting it become verbal in the privacy of the four walls of a living room is one thing, unleashing it on social media in an abusive tirade is a whole other level of being ‘outspoken’. Heckling in person is crossing another red line. Throwing things on the person being heckled, or harassed, or shouted at, is going beyond an even bigger red line.

A Pakistani heckling Sarfaraz in a UK mall is awful. And a Pakistani heckling Saif Ali Khan in a UK stadium is also awful. There must be no categorisation of unacceptable behaviour. If there had been a loud and clear repudiation of verbal harassment of Saif, instead of little-meant words of criticism, the reaction to Sarfaraz’s harassment would have been morally sounder. Without adding any whataboutism, chastisement of crossing of red lines of behaviour must be a regular way of life, and not a one-off reaction as and when it suits you. 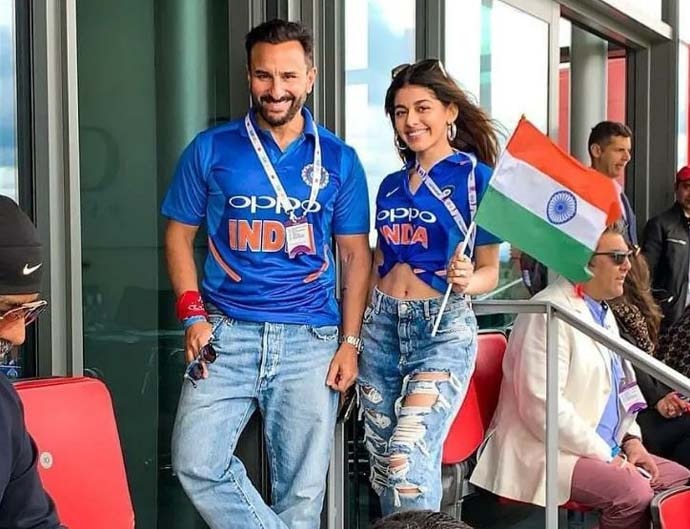 Jeering in indecent words and abusing in an awful manner are both bad. Throwing empty boxes of food, bottles, chairs, drinks, and shoes during a sporting event going in the direction you don’t approve of, or during a speech of a politician justifying stuff that makes you see red, it is all bad. Rampage of Indian fans in Eden Gardens, Kolkata, in 1999, in reaction to Shoaib Akhtar colliding in Sachin Tendulkar is a no. And Pakistani fans’ angry reaction in Lords in 2001 during a Pakistan vs Australia match is also a no. Throwing a shoe on George W Bush is a no. Throwing a shoe on Manmohan Singh is a no. And throwing a shoe on Nawaz Sharif is also a no. Feelings of disappointment at an abysmal sporting performance have become a phenomenon. (Reuters photo of Eden Gardens in 1999 when 90,000 fans hurled bottles at the pitch after Sachin Tendulkar's run out)

Very easy it is to have lines blurred when morality is selective. Quite often are rules rewritten as per the sensibility and ideology of one pitted against the other. Convenient it is to have a different reaction when tables are turned. Comfortable it is to have one rule that shifts and changes as per the situation. That is not to say all acts that elicit a reaction have an identical power of affecting things, and the amount of exasperation or anger has to be of one consistent nature. This is simply about a public reaction to a public act of a public figure.

Unless there is a categorical repudiation of all acts of public humiliation of a celebrity, politician or a sportsperson, not much would change. Sarfaraz Ahmed is not the first famous person to face a vicious verbal attack in public, and he won’t be the last. Until all of us say: stop. Enough is enough. What all of us can do is simple: not be part of the cheering mob of any act of jeering, heckling and harassment. Always condemn any such act, against anyone, anywhere.

I already do both of these things. Do you?

Also Read: Discomfort Food: Why the Pakistani team's intake of burgers and shakes has shaken up Pakistanis online

Post your comment
#World Cup 2019, #India-pakistan match, #Saif Ali Khan, #Sarfaraz ahmed
The views and opinions expressed in this article are those of the authors and do not necessarily reflect the official policy or position of DailyO.in or the India Today Group. The writers are solely responsible for any claims arising out of the contents of this article.