What we should learn from a death in a tunnel

The remains of Mosul that I walked over did not just bury thousands of years of history, but a culture of coexistence which will be hard to rebuild.

When I visited Mosul in February this year, what I saw was rubble as far as I could see. The buildings looked as if they had been bombed just yesterday. The walls and gates were pock-marked with splinters and bullet holes. The streets were littered with charred cars. Dozens of people were at work clearing the rubble. Signs of life and commercial activity were beginning to return. 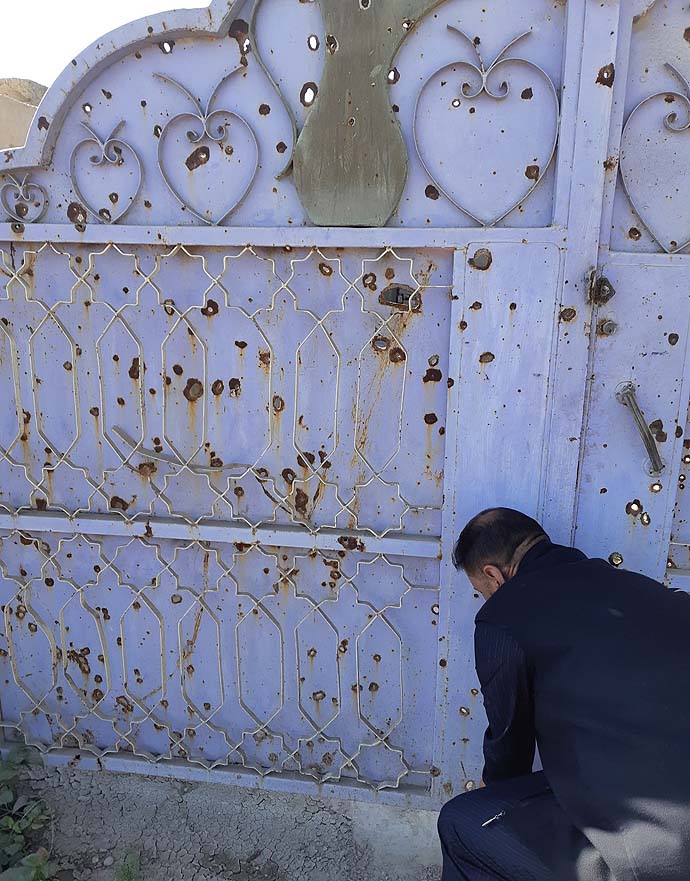 An entire civilisation has been scarred in Mosul. (Photo: Col DPK Pillay)

Moving around the city, I saw remains of ancient churches and mosques. I went past the mosque where a madman imagined for himself a place in Islamic history announcing a caliphate, assuming the title of the first Caliph.

What struck me was that even nearly two years after the city was liberated from ISIS, the scars remained etched not just in the shattered landscape, but also on the minds of those who lived under a murderous regime. And there is a lesson in it for us all.

Mosul, which loosely translates into 'Junction City', was an ancient city which flourished on the banks of Tigris in a region known as the cradle of civilisation. Even though the Suez Canal reduced its importance, Mosul remained a throbbing multicultural city that was an important commercial centre with a diverse population of Shias, Sunnis, Christians, Yazidis, Armenians and others coexisting. The remains of the city that I walked over did not just bury thousands of years of history, but a culture of coexistence which will be hard to rebuild.

The people I met are the kind you would meet in any place — friendly, affable and particularly warm towards Indians. I was offered a free cup of coffee by one; another offered me bread and asked me to tell him more about India, where, he said, people of every religion live peacefully.

He told me that Mosul was like India before ISIS came in.

Someone I met, wanted to know if he could come to India to study; many wanted to bring their family members to India for medical treatment. Some had been here and taken back fond memories.

A young man showed me his bruises and told me how he lost his wife to a lecherous foreign fighter. He said many people in Mosul are ISIS affiliates and that many of them are being turned in by hostile neighbours, in a locality that was once known for peaceful coexistence.

One story of a family fleeing Mosul to get treatment for an ailing child, recounted by the lone survivor, melted my heart. The ISIS decided that the money saved for the treatment could not leave Mosul; the mother could with the child, but the man and young women of the family could not.

I met a young girl who told me that her grandmother liked Hindi movies but she lies buried in the rubble now. As I walked hearing tale after tale of misery, treachery and sorrow, I saw a father walking, affectionately clutching his daughter. Who knows if he was one of those who exploited the sanction to take girls young enough to be his daughter as sex slaves. 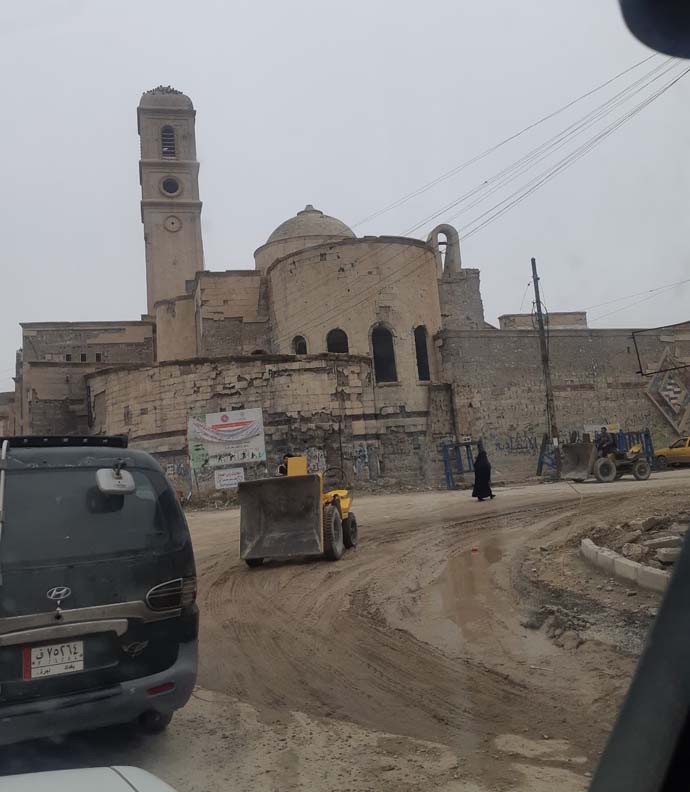 An entire civilisation has been scarred in Mosul. (Photo: Col DPK Pillay)

Quietly mingling among the population today in Mosul, are former fighters who shed the weapons to appear as victims of the ISIS terror machinery.

Mosul, however, can be the story of any city.

Little did the world imagine that when al-Qaeda in Iraq mutated into ISIS under Ibrahim Awad, a former detainee from Camp Bucca, would directly preside over the destinies of several million people in a matter of a few years.

His ideology was a test for the resolve of the entire world to combat violence and barbarity unseen in this epoch. More unnerving than the barbarity of ISIS was the fact that a person, described as nondescript and of average intellect, could actually inspire hundreds of thousands from across the world to join him in furthering his medieval ideology that permitted summary execution, including authorising the genocide of Yazidis, mass crucifixions and sexual slavery.

The organisational skills used to draw talent using all means of propaganda for his monstrous agenda stunned the civilised world, while the terror group showed sophistication not just in its recruitment videos and propaganda material, but also in the blitzkrieg that brought large swathes of territory under it.

They also displayed ingenuity and versatility in improvisation of military tactics using low-cost technology to counter high-tech assets of the coalition forces by modifying commercial drones to deliver munitions. In the early part of this year as the last citadel held by them at Baghouz in Syria fell, it was certain that a gruesome end awaited the man who scripted this show.

While the death of Abu Bakr al-Baghdadi may be the end of a self-proclaimed caliphate which no one recognised, the story of its meteoric rise has a more important message for us. Abu Bakr al-Baghdadi's rise has a message that we can miss at our own peril. (Photo: Reuters)

My experience in Mosul alerted me to how easy it is to disintegrate into medievalism. The world we live in and our ability to be prepared to deal with such threats intelligently is not shaped by circumstances in our control.

The ease with which we can easily trespass the boundaries of law into lawlessness and choose violence over peace, fully aware of the outcome, is astounding. Choosing peace and sanity over violence is easier said than done. Unlike violence, which stuns to submission, through ferocity and spectacle, peace is a choice reinforced by the far less spectacular options.

Bluntly stated, peace is mundane; fighting is riveting and exciting.

The question that begs an answer is how can peace have a chance against the fascination and glamour of war and violence? The violence inspired by mad men and their ideology didn’t die in that tunnel with Baghdadi and his three children or with Adolf Hitler in the bunker. Violent ideas will continue to germinate and grow in the minds of mad men. It is a collective responsibility for us to ensure that we don’t let dangerous ideas — ones which brand people as the 'other' and endorse the use of violence to distinguish, divide and then destroy that 'other' — to germinate in our midst.

If we do, there will always be a good chance that another Hitler or Baghdadi will take us back to medievalism and an endless spiral of violence and hate.

#ISIS, #Mosul, #Abu Bakr al Baghdadi, #Baghdadi
The views and opinions expressed in this article are those of the authors and do not necessarily reflect the official policy or position of DailyO.in or the India Today Group. The writers are solely responsible for any claims arising out of the contents of this article.