'All men are trash': How should I react to this as a mother of a son?

There are many women who do bad things, and there is no question about that. This is not a man versus woman debate.

Scrolling down my Twitter timeline earlier today, I came across a tweet of a Lahore-based human rights lawyer who had posted a promo of an upcoming feature film. Whether the film is actually in the process of being made, or it was mere sarcasm, I couldn’t tell. What it was: a selection of tweets from some known and some unknown feminists, human rights activists, and random tweeters. What all of them had: “All men are trash.”

The word that held my attention was ‘all’. As a lifelong adherent of the philosophy of not ascribing absolutes to human behaviour, the use of ‘all’, ‘everyone’, ‘everything’, ‘everywhere’, ‘all the time’ is a huge source of discomfort to me. All human beings can’t be one thing. All women can’t be good. And all men can’t be trash. But then that’s already a given, right? An absolute even when it is used as an absolute is not considered a connotation of the behaviour of all species of that thing, living or inanimate. We all know that, right? Ah, this little big word, all!

The one thing that is obfuscated in this deliberate, divisive debate is the real issue: the urgent importance of bringing into mainstream consciousness and mainstream discourse the imperativeness of ‘trash-ness’ of men. YES, not all men are trash. But many are. And this world, despite its much-deserved appreciation for the betterment of many things for females, is still a stark, unapologetic canvas of male entitlement and patriarchy. It is everywhere, it is in everyone. See, how absolutes have a way of making a sly entry in everything! 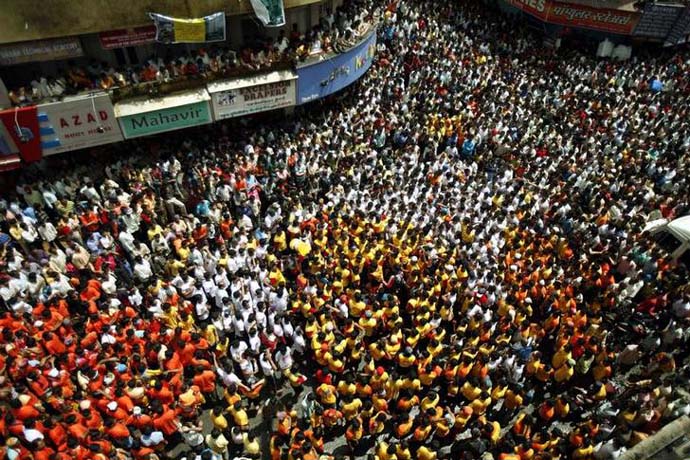 All human beings can’t be one thing. Right? (Photo: Reuters)

There are countless men who are glorious, making lives of their loved ones a constant joy, turning little acts into a joyous celebration of all that is good and kind and decent, touching lives to make them better. Those men make this world a better place as fabulous fathers, unassuming philanthropists, dream partners, lovers and spouses, selfless activists, inspirational role models and rule makers, devoted sons and loving brothers, lifelong loyal friends, fearless leaders, out-of-the-box innovators, and unusual pathfinders. Together, they act as a mitigation force for the unquantifiable harm that millenniums of male entitlement and patriarchy have done, in ways little and immense.

My favourite human being is a male: my son. And not because he is my only child and my reason to be. My son, Musa, 19, is my favourite human because he is the kindest and the most decent person I’ve had the blessing, happiness and honour of knowing or/and having in my very long, often painful, constantly restless, frequently confusing and always-a-struggle life. To me, to be human is to be kind and decent. Everything else is mere details. To me, things people do to one another is the gauge of the suitability of this existence, this life, this world. Without all these things, everything is mere motions. Without all these things, human beings are just a meticulous blend of blood, flesh, bones, organs, and muscles with one essential thing missing: soul.

Words are mere words until they are not. Words are a mirror to the world. Words, even harsh ones, help in creation, enabling and propagation of the narrative that becomes a compass to change the world. One individual at a time, one life at a time, words matter. Collectively, words are raindrops that washing the dirt off things give a clean slate to rewrite all that is pernicious, all that has the power to harm. Not much will be achieved with the single narrative of “all men are trash”. A great deal will be achieved when sifting through the harshness of these words a true picture of the world is shaped. Many, many men do trashy things, harmful things, cruel things, bad things. All men are not trash. Many things that they do are. It is time to take a long, hard, unapologetic look at that. Face the truth. Own up. Man up.

There are many women who do bad things, and there is no question about that. There are many women who lie, unleash cruelty, betray, con, harm, destroy, and even kill, and there is no denying that. There are many women who are unkind and unabashedly bad, and they are all around us. This is not a man versus woman debate. It is not a shouting match to trumpet the superiority of one gender, repudiating the importance of the other. And it is not a shadow dance of gender equality. It is about acceptance of the truth. It is about facing the demons. It is about taking yourself into your own firm grip, shaking yourself hard, and asking questions, without breaking eye contact, unflinchingly. Men do horrible things. Very, very horrible things.

Men who rule the world, turning it into a place that will soon be physically uninhabitable. Men start genocides. Men attack countries with the sole agenda of hegemony and accumulation of wealth. Men kill children, women, men in the name of religion. Men annihilate the weak to take theirs as theirs. Men serial-murder the vulnerable. Men gang rape little girls, little boys. Men rape pregnant women and cut out their fetuses. Men rape their daughters. Men kill their daughters and sisters and mothers. Men carry out patricide and fratricide. Men kill wild animals to take photos with their dead carcasses, to hang their taxiderm-ed heads in their living rooms. Men torture prisoners in ways that are not human. Men kill just for the thrill. 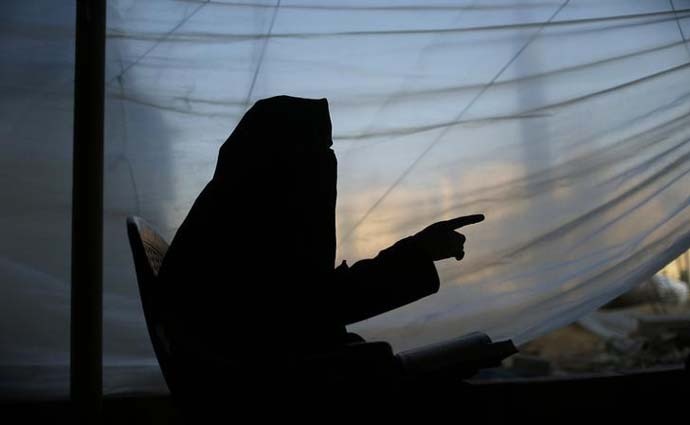 In an Islamic country, religion is a mere alibi to get a mould-women-to-your-sensibility card. (Photo: Reuters)

It lurks in every part of life, it stands on guard in every corner of everyday existence: manifestation of male entitlement and patriarchy. Rules are made by men as to how a female is supposed to be, look, act, adapt, become a malleable part of...it could be anything. Violence on women is cloaked in she-had-it-coming, she-deserved-it punches and kicks acceptable by society. A familial setting, school, choice of career, choice of spouse, things to do, relationships to be in, who is to be loved and how, lines that can’t be crossed, rules that can’t be bent, all of that and more is done to create the sketch of a perfect woman as per the ideas, ideals, requirements and wishes of a world made by men, for men.

In an Islamic country like mine, religion is a mere alibi to get a mould-women-to-your-sensibility card. All around me is subliminal conditioning of a family structure to male morality, male expectations, male barometers of good and bad. Pervasive is unabashed prostration to institutionalised misogyny and sexism, wrapped in threadbare tropes of culture and mores that have little or nothing to do with humanity or religion. No philosophy of humanity and no teaching of any religion give any human being a licence to unleash cruelty on others. Yet the never-ending cycle manifests itself in myriad bad things many men do. And they do it all without any shame and guilt, and without any fear of culpability. 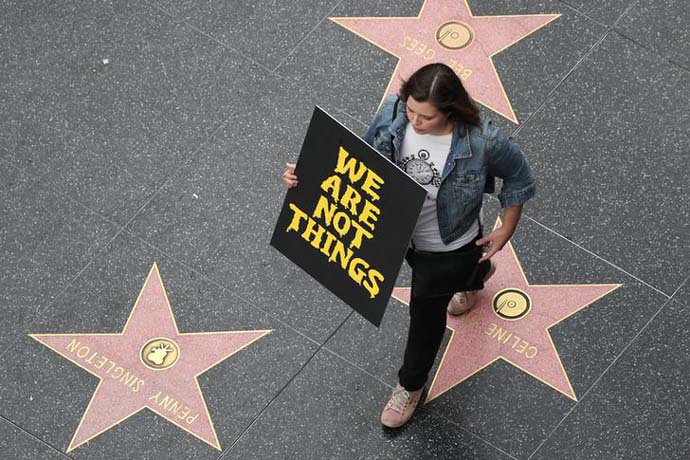 Much has been achieved, much more is still elusive. (Photo: Reuters)

Voices of women have become louder. Their causes are personal, taking on the form of a collective battle. Much has been achieved, much more is still an elusive, distant destination. What is important is that women have started to not just speak up but emasculate male entitlement taking it by its ba**s. Things are still not good for females, but there are many of them who have stood up shedding their conditioned coyness, their expected sticking-to-rules morality. They say: no more. What that has done is given even the silent ones a glimpse into the other option: of speaking up.

The strident tones, in some cases, have ruffled many male plumages, and even some female feathers. What must not be overlooked in the bombast, in the noise, is that issues of women are very real. So are their bodies bruised by a family member, a spouse, a stranger. Their dilemmas affect their lives, their pain shapes their behaviour, their tragedy delineates their path.

It is time to listen. It is time to sift through the bluster. It is time to see beyond “all men are trash”, and turn the cacophony, gently, sensibly, into a real, tangible change. A world in which women are given a chance to be women, without punctuation marks of male entitlement and patriarchy, will be the place that despite its flaws is the one in which gender equality, in its true sense, without ugly epithets and unsavoury taglines, is a given, and not a constant battle.

Also Read: Why we must tell our sons that our daughters need to be loved, not protected