Arvind Subramanian calls note ban ‘draconian shock’: This is why wisdom came late to him

Like a lot of wonderfully articulate Stephanians, the former CEA seems to think words are a substitute for actions.

Too late in the day, Arvind Subramanian, the former chief economic adviser (CEA) to the Government of India, has assumed an oracular role and pronounced demonetisation to be “a massive, draconian monetary shock”.

Wonder why it has taken him — the man who saw it all from within — so long to see what ordinary folks, who had to bear the brunt of demonetisation, had been saying in their polite and fearful fashion over the past two years. 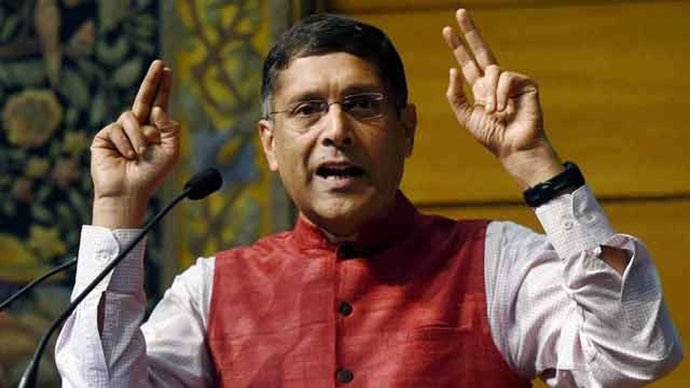 Arvind, like all wise owls, waited till the sun set on his tenure. (Photo: PTI/file)

We can take help from Hegel and take this as a common human failure. Wisdom, Hegel said with a profound sense of history, comes too late. Human beings are owls. They open their eyes only after the sun goes down. So, Arvind, like all wise owls, waited till the sun set on his tenure.

But how did this extremely hard-working and well-meaning individual feel while he was within the system, monitoring how his fellow citizens were reeling under this “massive, draconian monetary shock”?

Did he take a clinical view of it and pursue his mandate, keeping the inconvenient baggage of feelings and sympathies at a distance from his professional pursuits?

Or, did he — like some tragic hero — go on with the ‘deed of dreadful note’ (the phrase is from Shakespeare’s Macbeth) suffering infinite and self-debilitating inner anguish; even an oppressive sense of guilt, as Raskolnikov does in Dostoevsky’s Crime and Punishment?

Arvind is a fellow Stephanian. I can’t claim that I know him too well, for in St. Stephen’s the prospective, embryonic economists usually keep to themselves. They are a charmed circle within the circle. I was already on the faculty when Arvind was a student. I don’t recall him being active in the larger life of the college. Students of economics have a comparatively greater tendency to stay focused on their course work. So, within the ‘system’ we have created, in education as well as in the wider spheres of life, they do well — for themselves, that is.

By and large, Stephanians tend to be mindful only of themselves. They think well of themselves. The more articulate among them fall in love with their own voices. Such characters are vexed and irritated if they have to listen to anyone else.

I was already on the faculty of St Stephen's when Arvind was a student. (Photo: www.ststephens.edu)

To ‘listen’ is to care; that is why I make a reference to it. ‘To be heard’ is splendid. It is blissfully free from responsibilities. But ‘to listen’ is to have to heed realities and to meet needs.

The elitist air of Stephanians, in this sense, cuts against the grain of true education. To be educated is to be energised in serving one’s fellow human beings. It is to be in a state of responsibility for the well-being of others. It is also to have the strength of character to stand for what is right and true, unmindful of the cost.

I cannot but see Arvind’s belated stirring in conscience as a failure in education, especially the sort of education St. Stephen’s College was founded to impart.

Of course, he is not alone in this. An overwhelming majority of distinguished Stephanians are of this disposition (he is better than most others.) They are too wise to run risks. Too sophisticated to be soulful. Too distinguished to be down-to-earth. Too full of entitlements to think of incurring inconvenience.

Much depends on how one understands one’s responsibility as the ECA. You can see yourself, in this capacity, as a confidant of the ruling dispensation. You can also hold yourself responsible for the welfare of 130 cores of human beings. I emphasize the word ‘also’ because the dominant trend now-a-days is to see these two aspects as mutually exclusive. It should not be so, in a democracy.

It is a question worth discussing if the best educated, most distinguished brains that work the wheel of governance in this ‘socialist, secular, democratic republic’ are imbued with the spirit of democracy? And if they are, to what extent?

How did Arvind, as the CEA of India, find the professional sphere? Did he have a democratic framework for his work? Or did he feel that he was serving an oligarchy in which there is a tension between the interests of the ruling elite and the welfare of the people?

One thing is certain. Arvind, the man, could not have been comfortable as the CEA. The clue? Well, it is there, in what he says. Do you think the resounding expression ‘a massive, draconian monetary shock’ could have emerged without deep, and long-suppressed, inner distress?

Most people underestimate the corrosive disquiet, the self-polluting guilt, that a human being lives with, when he sees an injustice being played out in broad daylight and has to, for fear of losing the chair, keep his mouth shut and go on defending what he deems to be indefensible. It is a terrible state. It is better to starve with a clean conscience than to be ensconced in a gilded chair tormented with a searing sense of unease.

The pent-up embitterment that has been brooding within Arvind is what now explodes as this bombshell of an indictment. The best way to describe this is – “punishing with words”, which is a counterfeit substitute for doing what one should have done. 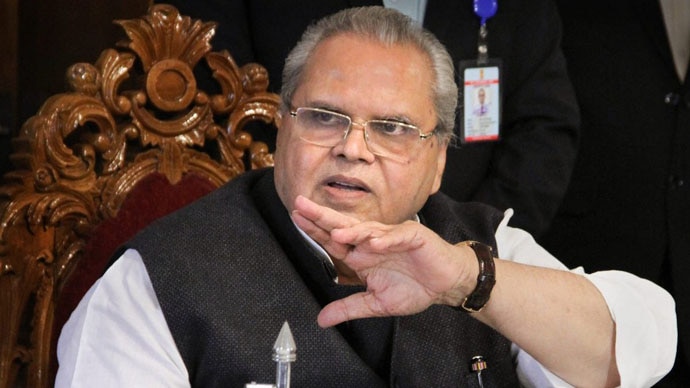 Satya Pal Malik, the Governor of J&K, seems to have done the risky thing while still in office. Of course, he is not a Stephanian. (Photo: PTI/file)

That’s why I admire Satya Pal Malik, the Governor of J&K. Going by his version, he did the risky thing while in office. His personal integrity, he says, mattered to him. (“I didn’t want to go down in history as a dishonest man.”) He dares to tell the truth — that he was under pressure to install a bogus government. He did not walk along meekly.

Satya Pal Malik, very likely, will not write a book for two reasons.

First, he doesn’t need to. He has done what he had to. There is no need to scramble up in self-defence post retirement.

Second, he is not a Stephanian. Stephanians have enviable felicity with words, which is our doing and un-doing. We think that words are a substitute for action. The more we fail on the action-front, the sharper we speak and write.

That’s why I maintain that St. Stephen’s ceased to be a great institution a few decades ago. It became a glamorous one. It nurtured many successful individuals. As to nurturing great persons — ah well, your guess is as good as mine.

Also read: How Raj Babbar has always been a motormouth and Congress has taken it in its stride