Avni’s killing shows we are a cold, callous and cruel society

In Mumbai, one encounters this depressing sight often — a poor drunk soul, bedraggled, disheveled, broken, lying in a desolate heap on the footpath. The man is oblivious to the incessant honking of cars and the interminable rush of a city that lives in a never-ending loop of mindless frenzy. The BMW sports car screeches three feet away to an abrupt halt, the headphone-sporting driver taking one cursory look towards the man he probably assumes to be dead.

The street dog is different, though. He sniffs his tattered clothes, at least one empathetic creature curious about the sleeping man’s woebegone existence. People walk by, circumventing the tragic roadblock, some not even concealing their exasperation.

Then there are others, who appear solicitous, but move on nevertheless. Of course, the majority are engaged in an animated conversation on their mobile phones engaged with other temporal issues.

Life, as they say, moves on.

A citizen of India, the one we are repeatedly reminded of as the world’s fastest-growing economy, remain a forgotten bundle, as flies hover around him, and insects crawl up his neck.

So frankly, if the tigress Avni was slaughtered in cold blood, allegedly without using a tranquilizer that was supposed to be employed, why are we suddenly discovering our fallen moral compass?

We live in near-dystopian times, and are perpetually angry. In a normal universe, the dastardly rape and killing of the 8-year-old child in Kathua would have met with universal grief. Nothing could make you feel more wretched than the repugnant savagery of that macabre rape and the killing. But it soon degenerated into communal vitriol, with an immediate political texture. So, the horrific act became secondary, its political contestations took centre stage. 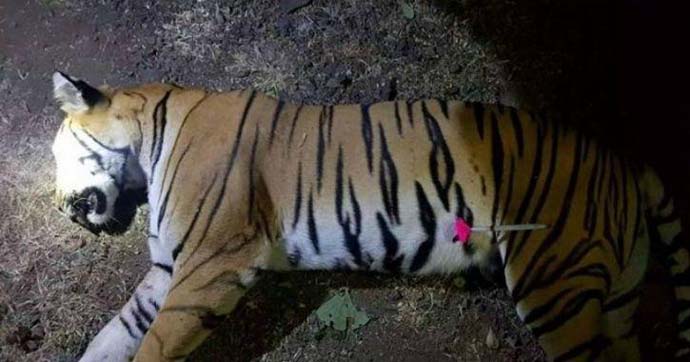 The same happened with Unnao where the rape victim’s father was bludgeoned to death. It revealed a coarse, crude society living amid borderless nihilism. We have embraced lawlessness as our fait accompli, allowing the famed “systemic flaws” to become acceptable. There is no fightback.

At an #AIPCInteractive session last week, I asked retired Supreme Court Justice Jasti Chelameswar about the state of Indian judiciary, which not long ago was considered an unblemished holy cow.

That, of course, changed on January 12, 2018, when the four senior-most judges of the SC collegium held a press conference, stating that “India’s democracy was in danger”.

Justice Chelameswar’s response was laconic: "It all depends upon civil society." If people do not fight for the independence of the institutions of governance, we are headed for autocracy, was what he implied. 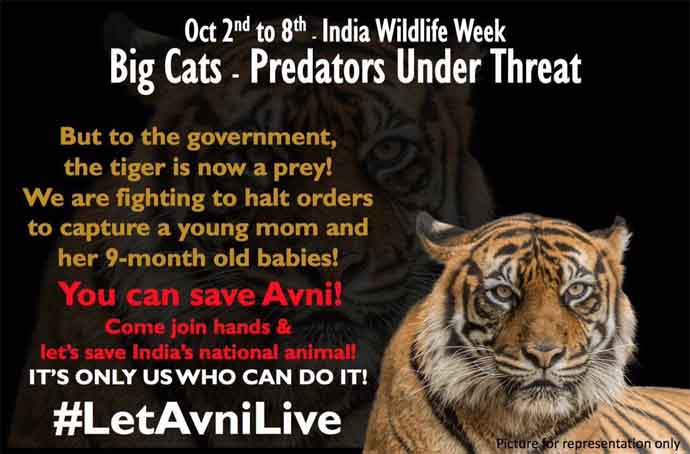 It is as if everyone is waiting for someone else to bell the cat, to start the crusade, organise a candlelight march or name a hashtag. Governments are usually heavily weaponised with instruments of political oppression, so it is not an easy battle. A compliant mainstream media that sings hosannas of the rich, powerful and famous makes the civil society’s struggle tougher. But it is not insurmountable.

Avni trended on Twitter, and Maneka Gandhi, Union Minister and animal rights activist, used strong words to condemn the “ghastly murder”. It showed that we still have leaders with a compassionate constitution.

Only investigations will establish if the appropriate procedures were followed. It is estimated that 13 people were killed by the man-eating tigress, but was shooting her dead the only viable option or was it a calculated gunning down of a trapped animal who has left several cubs behind?

Who is to blame for wild animals seeking greener pastures when their natural habitat is being remorselessly decimated?

A few days later a tigress was run over by a tractor in Uttar Pradesh in retaliation for similar attacks and then beaten to death. It was barbaric. Avni’s killing is not an isolated, sporadic incident, but a manifestation of the fact that we are becoming a cold, callous and cruel society. 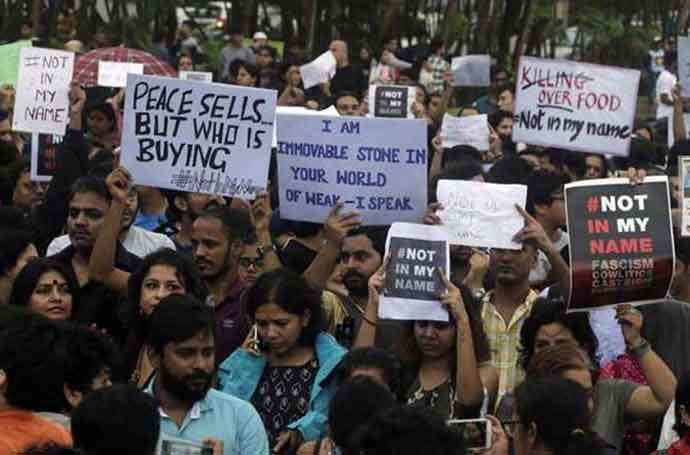 When Mohammad Akhlaq was lynched to death in Dadri in 2015, it was met with disgust and shame. Then there was a political twist given to that murder, and a polarised society began to emotionally detach itself from what were stories of brutal violence against a fellow human being. Several lynching deaths followed, and soon they became just another statistic in official data of the National Crime Records Bureau (NCRB).

But how do you capture the grief of suffering children, traumatised mothers, weeping widows and a blank dreadful future? Or of endless nightmares, and the fear that it could happen again?

Congress president Rahul Gandhi, clearly affected by Avni’s killing, quoting Mahatma Gandhi tweeted: "The greatness of a nation can be judged by the way its animals are treated."

Evidently we are not great. Far from it. When the killers of a lynching death are garlanded by popular leaders, it symptomises a society under a debilitating disease — the virus of hate.

It is not irreversible, but it can become like a treacherous quicksand. The first step to recovery is to not live in denial. The second is for civil society to do something about it.

The time has come.