As a feminist, it is imperative that I use my voice and my actions judiciously, if sexual crimes against women are to be taken seriously.

If I were to broadcast every unpleasant intimate interaction with any "important" man as assault, then it would be a disservice to the entire movement against sexual harassment of women, one that has finally gained some traction in the public consciousness.

Katie Way, the reporter who "broke" the Aziz Ansari story, deserves a special mention for her eye for irrelevant details. The story was recounted to her by an anonymous a source with the pseudonym “Grace". Katie Way expends enough ink on the buildup to Grace’s account - a date with "celebrity" Ansari by bringing in cringe-worthy details such as her choice of outfit. The writer not only felt compelled to physically inspect the item, but also to inform the readers that "it was nice" (Slow clap for journalism).

Now, let us consider that moment in the story where Grace began to suspect that her date with Ansari wasn’t going as expected. He abruptly called for the check well before the wine bottle had been done justice to. There was an urgency in him to head back to his apartment with her, and she was unable to summon the courage to ask why. That is understandable. Not all of us end up asking the right questions at the right time to a person that one is in awe of. But exactly what did she think he wanted to do while sprinting back to the apartment with her for? Surely not to discuss Donald Trump’s policies with her in the intimacy of his living room. At that point, she could have called for an Uber, thanked him politely and left. 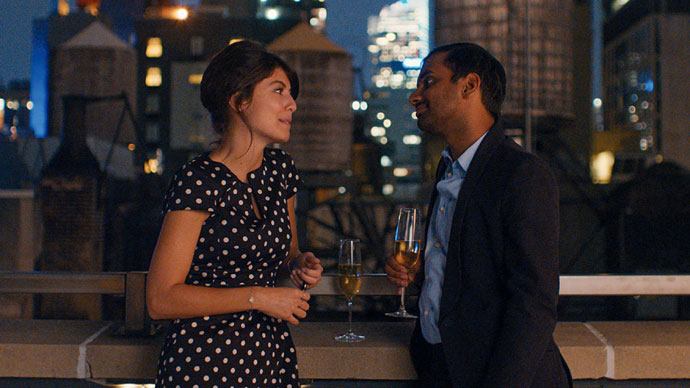 (Grace did click a photograph of the meal on the table, which the writer has published on the website because a photo of lobsters with a side salad and fries are elementary to a story about alleged sexual harassment. Slow clap to journalism, once again.)

Ansari’s behavior at the apartment later smacks of sexual entitlement and typical male celebrity privilege. He comes across as a complete "first date" asshole. But a sexual criminal? Not really.

Grace agreed to hop on to the kitchen countertop after Ansari said something that in her own words sounded like a (sexual) invitation. After that she went on to kiss him back, willingly engage in foreplay with him, perform reciprocal oral sex on him, bent over in front of the mirror for him... all of this with what reads like a fluctuating intent.

When Ansari asked her if she was okay, Grace told him that she did not want to feel forced.

He responded positively with, "Oh, of course, it’s only fun if we’re both having fun", but soon after asked her for an oral which she went on to oblige him with.

By now it was apparent that this man had only one thing on his mind. Was Grace a marionette? If she wasn’t gagged, tied up, drunk or hypnotised, why did she not leave? Why did she sit around watching Seinfeld on the couch with a man, who she knew by now, was determined to have sex with her?

Your senses can take leave of you momentarily in a situation like this, but all this hasn’t happened in a flicker of a moment. We are talking about an entire evening here.

As a woman and as a reader, I am confused. Did she want to engage with him sexually or did she not? Perhaps she wanted to take things slow and he was impatient and sexually persistent, but that does not make it nonconsensual because she yielded, not once but several times in the course of the evening.

The next day Grace let Ansari know about her anguish and disappointment with the way he did not pick up her “non-verbal clues” and he responded by telling her that he “misread things in the moment”, even as he apologised to her.

Ansari isn’t the only one who seems to have “misread things”. After reading the entire account on Babe I too am guilty perhaps of misreading Grace’s behaviour and response to the man.

I am not defending Ansari, he sounds like a sleazeball, but what I have a beef with is that such stories trivialise and undermine real cases of sexual crime that are truly deserving of our time and attention.

The #MeToo campaign has established a certain kinship of pain, one that we have all tried very hard to forget over the years, but let us not be in a hurry to cleanse old wounds by attaching every unsavoury sexual experience to it.

Also read: How to talk about Aziz Ansari without doing a disservice to the discussion of sex, consent, power and misogyny