I was stranded after Bali volcano erupted. Travel disaster could have been avoided

(The author was among more than 1,00,000 people stranded worldwide when the Bali airport shut down without warning - around 59,000 travellers were stranded in Bali alone, following alerts about the likely eruption of Mount Agung.)

At 8am on November 27, I was sitting outside Gate C 13 of Kuala Lumpur International Airport counting the minutes to my flight to Bali. I’ve never understood why Bali can’t have decent air connectivity with India — most of the flights either cost a bomb or take more than 12 hours. I was on a work trip and, despite mild protests, was handed a ticket on Malindo Air. No one I know had ever heard of this airline, and I have worked in the travel industry for more than 10 years.

Nevertheless, I reached KL in one piece and just wanted to get to my hotel and crash after a cramped and tiring journey in the small aircraft. The gate was to open at 8.15 for my 9.15 flight and I had been waiting since 6am, so I was glad it was almost time to board.

This is when a lost and harassed-looking gent approached me, asking if the flight to Bali was cancelled. Of course not, I replied, here I was at the gate and no one had announced any cancellation. I turned around to point at the gate. What Malindo Air had done instead was quietly take off their flight status update from the digital display of the gate. 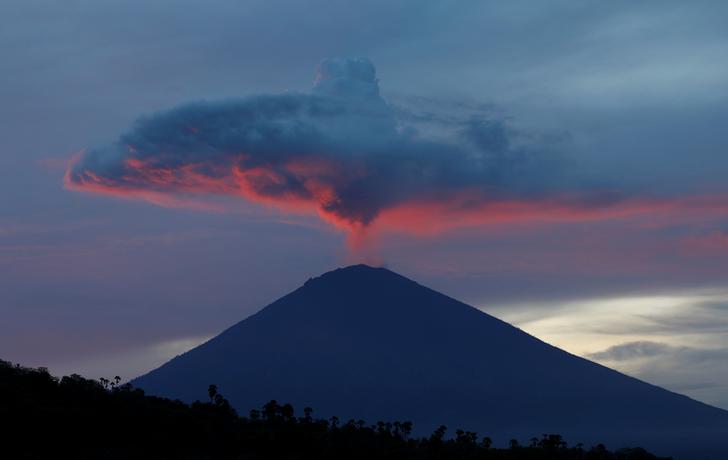 After November 21 the volcano started spitting and fuming again, and the risk level was raised to highest possible. Photo: Reuters

What were they hoping to achieve by keeping the passengers in the dark? We went to the main information display but it wouldn’t list any flights after 9am so we had to just wait around. By now, several other people had got calls about the Bali airport being unceremoniously shut down on the morning of November 27, and a lot of people started agitating and murmuring. I went off in search of the Malindo Air counter – not one person was at the gate to tell passengers what to expect.

Eventually, Malindo Air did nothing for the passengers except to lie and fob them off with a meal coupon which I declined to take. They refused accommodation or refunds, they said most of their other flights were full, and they rerouted me back to Delhi after I screamed and shouted (but they did not send my bag for two days) as if they were doing me a favour by advancing the date on a return ticket my associate had already purchased on full price.

Malindo Air is so hilariously incompetent that when I tried to pay and upgrade myself to business class (I was unwell and tired, and feeling sorry for myself), they did not know they had seats on their own flight. Eventually, their business class seats went empty when all the time they had a customer willing to pay for an upgrade.

However, in the end, Malindo Air just added to the pain of travellers. The real culprit in my opinion is the Bali airport authority. Unless there was a terrorist attack or another incident which you can’t predict, who shuts down a major touristy international airport in peak tourist season without warning?

The fact that Mt Agung was going to act up was absolutely no surprise to anyone. It had been rumbling since September, and, when on November 21 it had its first eruption, it was clear that we hadn’t heard the last from it. When the airport authority did not shut the airport on the basis of the clear possibility that Mt Agung might erupt again, they knew they were taking a risky chance. But it is holiday season, you know? They have to make money. 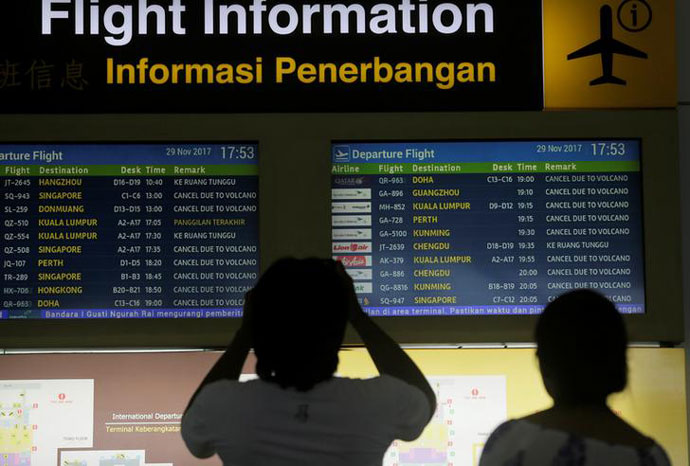 There were couples on honeymoon, people travelling for the first time out of India who were scared, clueless and did not know their rights. Photo: Reuters

This is a volcano known for its violent, explosive, massive and sudden eruptions. It has killed more than 1,000 people in the past because of similar lack of imagination and preparation by the Bali authorities, but that was 45 years ago and one would think they’d have learnt something.

When, after November 21, the volcano started spitting and fuming again and the risk level was raised to the highest possible at 4, why did the Bali airport authority not give fair warning to travellers around the world by saying it is going to shut the airport in 48 hours, so make your plans, people?

Instead, it remained open, swallowing more and more travellers into Bali, till November 26 when another eruption occurred and forced the airport to shut down. On November 25, the volcanic activity had begun, raising fears of the eruption on November 26, but neither the airport nor the hotels give any warning to travellers – no one asked them not to set out from their homes. All of us trusted them and left for Bali, only to be stranded at an unknown, unfamiliar place without bags or visas.

There were couples on honeymoon, people travelling for the first time out of India who were scared, clueless and did not know their rights.

They did not even know if they were owed a return ticket by the airline or even offered a glass of water. Why did the airline not have an emergency plan in place and assist everyone systematically?

In trying to keep the airport open and earn as much business as they could, the Bali authorities have ended up hurting their image and losing all the New Year Eve business – reports say that nearly all the travellers have cancelled their fully-booked Bali holidays. If hotels, the airport authority and airlines just gave fair warning to the travellers and compensated them fully or offered a change of travel dates, they would earn goodwill and more travellers in the future.

At a time when the airline industry and the tourism sector are already suffering, being so insensitive to the traveller is going to hurt both Bali and Malindo Air badly – they have put off hundreds of first-time travellers from travelling to Bali forever.