Un-Friend Zone: Why I have un-friended many this election season and I’m not apologetic about it!

I see constant acrimony online, whether you praise or critique Modi, Rahul, anybody. But if you can't understand my views, or show respect to difference, that's it. We'll be FB friends no more!

This election season is witnessing a lot of activity on social media. News clips going viral — some fake, some not, some being clarified by an anti-fake news brigade.

One clear pattern I have observed on social media is that of conspicuous camps running — the bhakts vs the non-bhakts.

But before I go on, here's a disclaimer. I’m a journalist. I don’t support any political party. If I see something wrong being done by any one political party, I point it out. As journalists, we are interlocutors between the public and elected representatives. And hence, it is our responsibility to share everything that is wrong with the political top brass, especially the ones in power — the establishment. We are not spokespersons of the ruling party or the opposition, for that matter.

As a citizen and a human being, I do hold strong political views — but that cannot and will not reflect in my journalism.

And I have a right to that political opinion too. Just that I don’t find it ethical to make a huge song and dance about it. But does that stop me from speaking up where need be? Not at all. As long as a journalist can defend her point of view, it's okay to voice it.

When I see divisive politics being played, terror accused from the BJP out on bail contesting elections, scamsters from the Congress chest thumping in political rallies, a failing economy, no jobs — it bothers me. And yes, I share those stories. Neither did the UPA, nor did the NDA serve this country the way it should have — and it’s a fact. 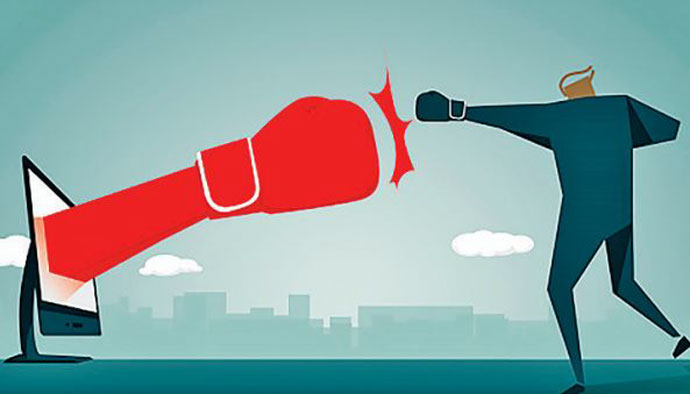 But now comes the real fun. Let’s say I share a story on the depressing jobs figures in India, and the fact that a lack of jobs is a scary scenario, I’m labelled a ‘pseudo-secular left-liberal’ by many on my friend list. Sometimes ‘sickular’, not even secular.

Some friends and relatives emerge out of nowhere, singing praises for Modiji’s achievements. Then there are those who share some flimsy fake news posts — most apparently consider 'WhatsApp University' their alma mater.

If I pose a question — Where are the jobs? — suddenly, there is mindless whataboutery, garnished with bigotry by counter-questions that have nothing to do with the question raised by me!

It’s like saying ‘Where are the jobs?' — and the counter question could well be ‘where are my spaghetti and meatballs?’

It’s as bizarre as that!

Their whataboutery is not just bizarre though — there's also a lot of shifting tracks in their arguments. Their counter-questioning is simply meant to distract you from the issue at hand. I don't have the bandwidth for that kind of rant honestly, on Facebook of all places.

All sense of decorum is soon lost. Words that are unparliamentary are used and people who support me are harassed and how!

I simply unfriend these blind bhakts, because the correlation between what I’m asking and what they are responding with is the same as that between a burger and nitrogen — none!

I truly believe Narendra Modi as a leader has been able to keep his flock together. And I do share an opinion or two on it sometimes. Not just that, being a Mumbaikar I like the BJP in Maharashtra. I know firsthand that they have done way better than the Congress government at the state level, and I say that as a citizen.

What are the comments that follow? “Accha ab line par aana pada? (You had to toe the line?)” or “Finally succumbed to agree that there is no one better than Modi for this country?” 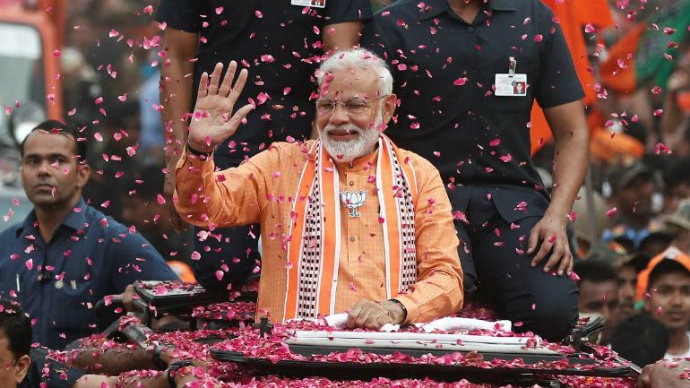 Why can't I praise or critique my Prime Minister based on his work? (Source: Reuters)

Why is he on a pedestal?

And why can’t I praise my Prime Minister and point out his misgivings too?

Then comes the “If not Modi, then who” narrative that rests on a skewed argument showing how this one man is indispensable. Almost like 'Oh, our holy supreme leader, we bow down to you!

It’s annoying to get into an argument with someone who’s so blinded and does not respect or understand that someone can actually be neutral. I simple un-friend this species too, because I want to spare myself the horror of arguing with someone who’s just not ready to accept any point of view — other than the narrative running in their heads.

One day, I shared a story on Karti Chidambaram and the great Indian family loan mela — how dynastic politics is being practised by the Gandhis, questioning if the Congress perhaps would be better off without the Gandhis?

A slew of comments followed, ‘Sold media,’ 'Bought out by the BJP!' From reluctant politician to promising Opposition, the truth is, Rahul Gandhi has a come a long way. (Source: Reuters)

I genuinely feel Rahul Gandhi, from being a reluctant politician, has really worked on himself and is showing promise. So I share some stories to that effect. And I am immediately called a 'Pappu supporter.'

Also, I respect the Aam Aadmi Party for the real work they have done, which is in front of my eyes, living here in the capital. I find the leadership weak to run the country but I can never refute the fact that the work done by them at the ground level is sufficiently decent and clean. What happens next? I'm mocked in the comments section, with pictures of Modiji's Swacch Bharat campaign! Some fake news posts about scams worth crores apparently accredited to AAP also miraculously pop up.

Alas! This is not about mindless bickering or becoming spokespersons of the party you support. if you don't understand where I come from, we have no business being 'friends' on Facebook.

And then, there is the word ‘presstitute.’

You are simply begging me to un-friend you by using that kind of language!

Firstly, we cannot be friends as friends need to have something in common — and bigotry is not something we have in common. I don’t care if you are someone I grew up with, if you are a relative or a neighbour. And about being a 'presstitute' — have I ‘brothelised’ your profession? Do I judge you as a lawyer for defending a criminal, a doctor for not being able to cure a patient and label you all sorts of things to show how ’sold’ you are? And what is with the usage of this word anyway? I can’t accept it or be a party to it or give my silent stamp of approval by letting you stay on my friend list. And I’m not apologetic about it, my so-called friend! 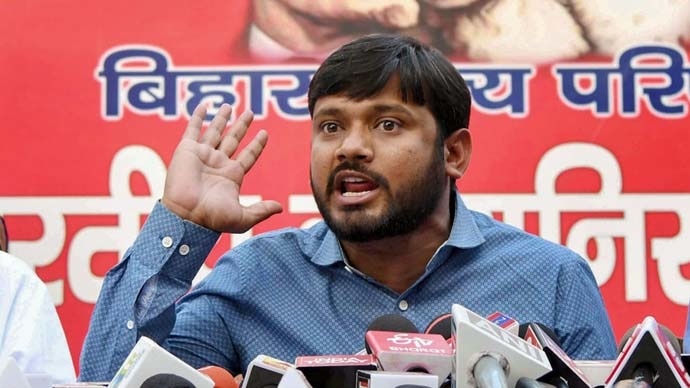 Come on! If I support Kanhaiya Kumar, does that make me 'anti-national'? (Source: Reuters)

Once I had shared a positive story on Kanhaiya Kumar and how he was raising campaign money through a very transparent crowdfunding process. I know for a fact it’s clean as that platform is owned by an ex-colleague. I had a tough time deleting the comments and derogatory remarks made against me on that post — from “You’re a part of the 'tukde tukde' gang” to “You’re anti-national” — to “You should leave India.”

I followed that story closely. I know and I am convinced as a journalist that Kanhaiya did not say anything seditious. He was victimised by the extreme right-wing Hindutva brigade. And I don’t support communalism.

Does that make me anti-national?

And what's with calling people with a different political view an 'urban Naxal'? Does that even give you the right to get abusive on social media in the presence of my friends, family, colleagues and peers?

I criticise every political party as much as I appreciate them. No one is perfect. And in a democracy, I have the right to do that. Counter me with intelligent and informed arguments in a civilised manner and you have me there. Counter me with bigotry, whataboutery, ill-informed arguments, fake news, silly WhatsApp forwards, unparliamentary language — and I will un-friend you. And I won’t mind doing that again and again if need be because this is not the company I keep!

PS: I will never respond to abuse with abuse.

That would make us no different.

Also read: My 13 Hours with Rahul Gandhi: How the Congress President left an unforgettable impression

Post your comment
#Social media trolls, #Social media behaviour, #Libtards, #Bhakts
The views and opinions expressed in this article are those of the authors and do not necessarily reflect the official policy or position of DailyO.in or the India Today Group. The writers are solely responsible for any claims arising out of the contents of this article.