One should not forget the dubious role of Indian police in aiding and abetting vigilantism.

The brutal murder of Inspector Subodh Kumar Singh and 20-year-old Sumit by a violent mob of right wing Hindutva forces in Bulandshahr on December 3 has shocked the nation. Visuals of the mob attacking police, and the eventual death of two from bullet wounds, are horrific manifestations of 'New India'.

Many people have rightly expressed their outrage on social media and in different columns on the way Hindutva forces have been emboldened after 2014, and, in Uttar Pradesh, particularly after Yogi Adityanath became the chief minister. Killed in the line of duty. (Photo: PTI)

In the name of gau raksha, violent Hindutva mobs have taken too many lives, and the shock is reasonable.

It is interesting to note that the incident took place when a three-day congregation of Tableeghi Jamaat, where lakhs of devotees had gathered, was about to conclude in Bulandshahr.

According to a media report quoting a police officer investigating the case, "The location and timing of the violence" raises suspicion that it was "well planned to inflame communal passions". This media report quotes a policeman as saying, “The motive was to attack Muslims returning from the Ijtema in the name of cow slaughter and stoke communal violence.” 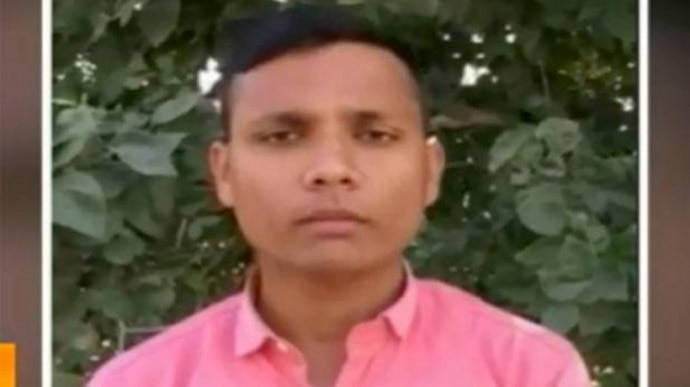 The main accused, Yogesh Raj, is the local convener of Bajrang Dal, while the other accused belong to Vishva Hindu Parishad, and the Hindua Yuva Vahini of Yogi Adityanath.

The UP CM, thus, seemingly has a tough call — to choose between his loyal cadre and his state’s police.

In fact, in a belated meeting that the UP CM called to take stock of the situation, he demanded strict action against alleged cow-slaughters.

Earlier, the IPS Association had acknowledged the “risks police officers are exposed to because of disruptive mob mobilizations”, demanding “strongest action against perpetrators & instigators”.

In fact, UP Police has now gone on record to say that the priority of their investigation is finding the ‘cow killers’ and not the murderer of their own officer.

In debates on Bulandshahr violence, Subodh Kumar has been accorded the “martyr” stature and made a hero (he was the investigating officer of Akhlaq Ahmad lynching case initially, but was later transferred).

Senior Journalist Harish Khare suggested that this would serve as “warning shot”, giving a “chilling message” to police force across the nation: “Don’t mess with the Hindutva warrior, he is armed with a gun.”

The message is chilling, no doubt, but such articles make it appear as if the police force is a hapless victim without any agency of their own. The fact, however, is that the police forces in many cases has been the facilitator of such rabid Hindutva forces, although some honourable exceptions do exist. Neither Pehlu nor Akhlaq has got justice so far. Their family members have had cases slapped against them. (Photos: Twitter)

From Gujarat to Maharashtra, from UP to Jharkhand, and from Rajasthan to Madhya Pradesh, several reports (1, 2, 3) confirm that the so-called gau raksha dals often work as an extension of the police force, as this investigation by a TV channel showed. These vigilantes do not just act as their ears and eyes on highways, but assist the cops in carrying “operations”, by forcibly taking vehicles carrying animals (in many cases bulls with proper transportation documents) to police stations, beating the helpless drivers and transporters, and in extreme cases even killing them. Often, police remain mute spectators at the time of the crime. Later, cases are weakened so the accused can get away.

From Akhlaq Ahmad to Pehlu Khan, the police were more active in identifying if beef was consumed or if cattle was being transported illegally for slaughter, rather than investigating the brutal lynching of human beings by a mob. Even cases were filed against the victim and their family members.

Terror in the name of gau raksha

The terror of these violent vigilante groups is not restricted to highways — as the Akhlaq case showed, they can enter houses, inspect kitchens on suspicion of cooking beef, and lynch innocent victims.

This investigation by India Today TV exposed how in the name of gau raksha, these vigilante groups “turn into extortion mafias… running protection rackets for cattle transporters.” This investigative piece showed how the state of Haryana nurtures these vigilantes in the name of the Holy Cow. In many cases, they are issued I-cards by state governments as “animal welfare officer”. 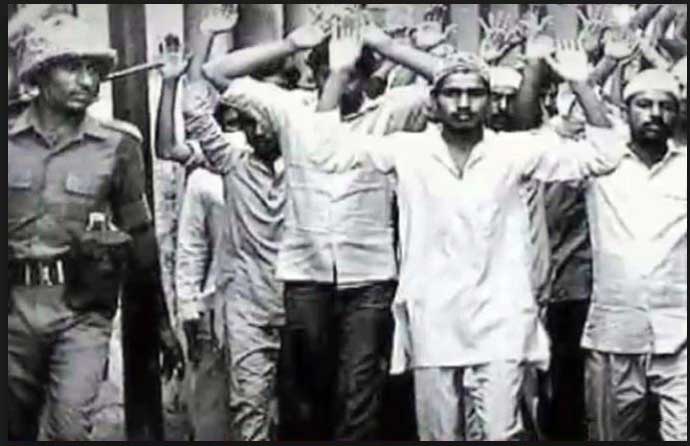 Police brutality existed before 2014 too, as the Hashimpura massacre of 1987 showed. (Photo: India Today videograb)

In fact, when it comes to the hallowed aim of gau-raksha, the line between cow-vigilantes and police gets so blurred that there are reports that suggest that the trigger-happy police force does not shy away from even extra-judicial killings of Muslims in Haryana.

The Uttar Pradesh Police Force, particularly, has a poor track record, and this does not have anything to do with the present BJP government. From the involvement of PAC constables in the cold blood massacre of Muslims in Hashimpura in 1987 to the recent spate of encounters killing at least 60 people, UP Police is often in the news for wrong reasons. Only in September, Lucknow Police killed an Apple executive allegedly after he did not stop the car when asked.

The political class has, for long, given a free rein to violent mobs for reaping electoral benefits. But the culture of impunity has emboldened these vigilantes so much that they now put posters across towns and villages and share photos and videos on social media in the hope of becoming future leaders, taking inspirations from their superiors.

In mourning the murder of Inspector Subodh Kumar Singh, one should not forget the dubious role of the Indian police in aiding and abetting vigilantism, and their own trigger happy extra-judicial actions.