Why unconditional access to cantonment areas is a bad move

Apart from raising security concerns, total opening up of defence areas will benefit land sharks more than the general public.

The government’s decision to open cantonment roads for the public has opened a Pandora’s Box. The ensuing debate was emotionally charged. Reaction from parts of the political class and vested interests were sometimes celebratory, including even bursting of crackers in Gopinath Bazar.

In one TV channel, a high-profile Supreme Court lawyer argued that Delhi Cantt should be shifted out to cater for the expanding needs of civilians. I am going to elaborate on the likely implications of this unconditional-access approach anecdotally. 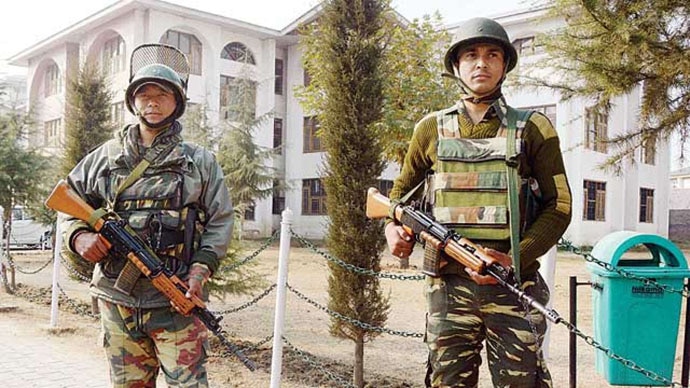 At the outset, my position: As cities expand with general development, many cantonments are in the center of cities, amidst their hustle bustle. Many cantonments are fragmented, whose civil and defence pockets intermingle with municipal sections. Clear demarcations might no more exist. The public must be given conditional access to, or passage through, some parts of the cantonment on a case-to-case basis. However, unconditional access needs a rethink.

I also read that the Directorate General Defence Estates (DGDE) will hereafter be solely responsible for managing defence lands. Local military authorities (station commanders) are being portrayed as obstructionists to be sidelined. In my opinion, this is like giving the keys of a safe filled with cash to a thief and sending the police on forced leave.

Who am I to give this opinion?

Well, for 365 days, I was the General Officer Commanding (GOC) of the Maharashtra, Gujarat and Goa area (MG&G) Area. Every day, when I looked out of my glass-walled office, I saw 31 floors of the epitome of human avarice — the iconic building called Adarsh.

That case file was bible for me. The brainchild of this perfidy was the DEO and a local corporator. A DEO is the equivalent of a Patwari and everyone knows what Patwaris do. Incidentally, when in chair, I could never meet the senior-most officer of the DGDE in Southern Command, despite my best efforts to do so. He avoided me and my GOC in C with every trick up his sleeve. I could never understand whose interests the DGDE officials represented. That poor impression continues.

The present case, as it has unfolded in public view, is the tip of the iceberg. The follow-up will be to change the status of cantonments. Anecdotes hereafter will give you a flavor of things to come. Draw your own conclusions. If left unattended, “achche din ayenge” for a select few and “achche din jayenge” for the balance majority.

It was 2014. I was in a room full of India’s who’s who in banking, waiting for the Queen of Netherlands (United Nations Secretary-General’s Special Advocate for Inclusive Finance for Development) in a function hosted by Mr Raghuram Rajan in RBI.

The gentleman next to me was the head of a financial heavyweight institution. We struck up a conversation. “General, the Army should vacate Colaba and go to the outskirts. The land value will be enough to fund the defence budget for at least two years, including modernisation. Everyone will benefit”. Perfect sense. I asked him his opinion of Dehu Road as the alternative location. “Excellent”. Between Pune and Mumbai. So, Pune Cantt can also be vacated. Two birds with one stone! One problem. The Dehu Road Red Zone Sangharsh Samiti was trying to rope in Anna Hazare to evict us from there !

So, the next destination? “Hmm” ... and the next… “Hmm”….?  Soon, the last destination will also get developed and will want to throw the Army out.

I also pointed out that Western Naval Command personnel will have to commute daily from Dehu Road. “Hold. Isn’t the Western Naval Command moving out to Karwar? Why does Mumbai need the presence of so much Army and Navy in the first place?” Agreed. Mumbai does not need it, but doesn’t Mumbai get flooded?  “The state authorities and the NDMA will take care of that”.

Logical. For common colds, you call the family doctor. For heart attacks you go to a cardiologist, if possible within the golden hour. Occasionally, Mumbai floods are like cardiac arrests. So, the Mumbaikars will wait for their cardiologist to come from Dehu Road, get stuck somewhere in between during the golden hour, and reach after floods subside.

Who will give the land? “The government of Maharashtra” The same government which has been unable to give alternative land for the 42 acres given by the Army for the Santa Cruz Airport way back when it was built? Of course, the iconic Adarsh building will be the re-development model for the new Colaba, in which Mumbaikars will live happily ever after! 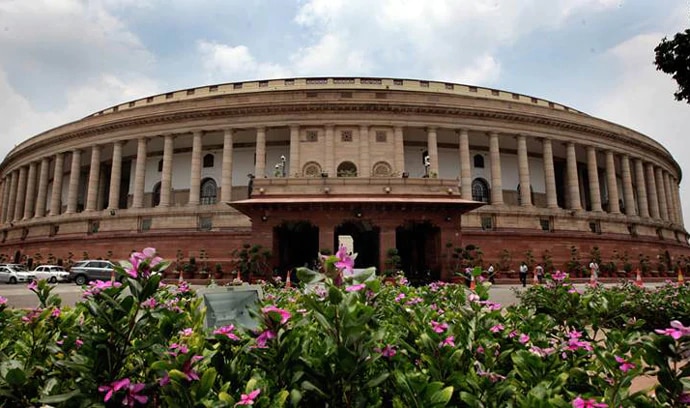 Much like the security around the Parliament was beefed up after the attack on it, defence lands need to be well guarded. (Photo: PTI)

Or, one could also go back to the British model of 1911, when shares of this failed enterprise were sold in the USA. You read it right — the US of A. The subprime crisis has roots in Colaba! Who will fund the development of the new cantonment when defence budgets are hitting all-time lows? What will the timeline be? After this exchange, the topic quickly changed to Mumbai’s weather.

Others portly bankers, who were keenly listening, lost interest. The Queen of Netherlands arrived. We listened to her and had a good lunch. Wodehousian settings, eh? Word spread. This proposal to shift the Armed Forces out of Colaba was given to me many times thereafter, by all hues of people, including politicians across party lines. The mental merry go-round of greed whirls at great speed, and is flexibly nimble. Now I understand why India has such huge NPA problems and banking is in a mess.

Later, when I shifted to Delhi, I got a call from an Additional Secretary. He wanted to be briefed about a land case in Mumbai since he was deputed to investigate the matter. The RM had received a strong representation that the Army was unfairly obstructing the re-development of dilapidated buildings. Lives could be lost, and the Army would be responsible for that.

I called him over. Over a cup of tea in my office, I explained to him the nuances of the case. In Malad, Mumbai, there were numerous applications to obtain NOC for redevelopment of buildings near Army areas. Invariably, the picture painted was that these buildings were in a dilapidated condition, falling apart and unsafe for habitation. As per rules and instructions, a NOC can be given for the re-development of any building, provided it remained within its original dimensional scope. For example, a four-floor building could be redeveloped within the existing four floors. However, all plans submitted indicated conversion of the four floors into 20-25 floors.

Big plans! Big money! Media portrayed that the Army was the insensitive stumbling block. High-profile meetings by politicians and builders to pressurise us were a constant. Around this time, one old resident of this area met me. It was a Saransh moment, when a helpless Anupam Kher goes to his student, who is a minister, and requests him to get the gangster off his back. This old man wanted the builder mafia kept off.

He was being coerced into a re-development plan. He pointed out a few things. There were sanitation and sewerage problems in that area already. Who would clear the four to five-fold quantity of shit that would now have to be cleared? What about drainage during floods? What about traffic, roads, pollution, and other basic civic necessities that would compound the situation?

I closed my eyes and visualised the four-fold vertical growth of that area. It was grim.Who would have benefitted? Don’t be dumb. Every such “NOC” request was returned less the “C” with a “NO”. The Additional Secretary went to Mumbai, met all concerned, and gave a stronger recommendation than mine to the RM. But now I feel winds of change blowing with this unconditional access policy. Is there a shift?

Here is something for Delhiites. Around the turn of this century, the Delhi chapter of the land mafia proposed developing The Ridge in Delhi. Delhiites protested in unison. The huge public uproar ensured that The Ridge area was designated as the lungs of Delhi. Thereafter, from environmental considerations, further development was suspended.

It is your environment and you need to guard it, Dilliwallon! Yet I found this legal luminary from the Supreme Court skillfully articulating his merry developmental views. All the best to the residents of Delhi. Who needs enemies?

The open access to cantonments policy paves the way for incrementally unshackling defence land and getting hold of it by hook. The crook part will not be needed anymore.  For land sharks, development artists and some functionaries of the elusive DGDE, it will be a great morale booster.

Most cases related to land affairs have been lost due the ineptitude, avarice and chinks in our system. MOD officials should re-read the lost Kalpataru- Malad case. They should also read the Ahmedabad Gymkhana case, wherein a local shady character took over the club through claimed political links and strong-arm tactics. He was running riot in the heart of Ahmedabad cantonment, next to the sensitive communication hub of the Army. It was strict enforcement of controlled access through judicial order which saved the Army some blushes.

I do hope that a clear policy of land management and access to defence lands comes out. Otherwise, the consequences could be detrimental, even ghastly, to national interests.

Two decades back, in the days of open access to cantonments, armed terrorists walked into the family quarters of an Artillery unit in a cantonment and mercilessly gunned down children, women, old people and unarmed soldiers (off duty) in their homes. It was a bloody massacre.

It was the first in a series, and has been recurrent. Most security systems started hardening thereafter. The trauma of that episode remains to this day in that unit. I felt and shared their hurt, since I was their GOC and Colonel Commandant. We privately mourned our departed ones. In public, it continues to be a fighting fit unit of high caliber.

Unconditional open access to cantts will put at risk many high-value defenceless targets. Even one life lost due to this policy hereafter is blood on someone’s hands. Have we forgotten the attack on the citadel of our democracy – the Parliament? Look at the security beefed up there. Even pigeons can’t fly freely there now. The day we can revert the access to our Parliament to the levels before that attack, I will be at the forefront of any move to open up cantonments. Till then — conditional access please.

Also read: Martyr's Day: Why Mamata Banerjee's TMC is commemorating the death of Congress workers in 1993

Post your comment
#Security, #Land sharks, #Armed Forces, #Cantonment roads
The views and opinions expressed in this article are those of the authors and do not necessarily reflect the official policy or position of DailyO.in or the India Today Group. The writers are solely responsible for any claims arising out of the contents of this article.