6 reasons why death penalty will not deter child rapes

Will death penalty deter child rapes? The Lok Sabha seems to think so, otherwise, why would they pass the bill that sought to award capital punishment to those convicted of raping girls below the age of 12?

Barring the fact that this bill only accounts for paedophilia (that too, under the age of 12) only for girls — According to a study carried out by the Government of India in 2007, of 12,447 children across 13 states of India, 53.22 per cent of children reported having faced sexual abuse, and among them, 52.94 per cent were boys — the real question that still stands, is can capital punishment deter rape?

Perhaps, not. And here’s why:

1) There is absolutely no evidence to suggest that death penalties deter crimes. Speaking on death penalty for rapists to Scroll.in, Swagata Raha, a legal consultant with the Centre for Child and the Law at the National Law School of India University, Bengaluru, said: “The death penalty is a low-hanging fruit to go after perpetrators. The laws are getting more penal but where are the fundamental changes to strengthen the system? Will justice be done by hanging a few people? Enough studies show that it is not a deterrent. Where are the structures and changes at the systemic level?” 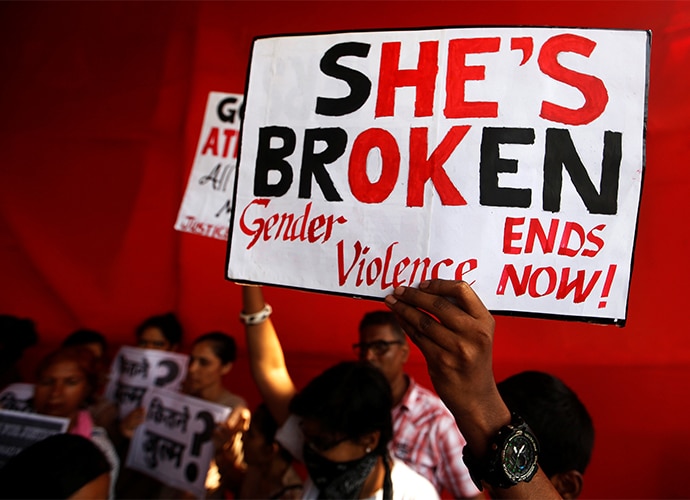 2) It is not the severity of the punishment that will deter crime; rather the surety of punishment that helps. The Criminal Law (Amendment) Bill, 2013, more popularly called the Anti-Rape Bill, came into force on 3rd February, 2013 following the widespread public outrage in the aftermath of the gang-rape that took place in New Delhi on the night of 16th December 2012. Yet, according to data released by the Police, the number of rapes reported each year in Delhi has more than tripled over the last five years, registering an increase of 277 per cent from 572 in 2011 to 2,155 in 2016. In fact, Rape cases in India too have gone up as a trend since 2013. What has gone down, though, is the conviction rate.

What does that prove?

A stricter law serves no purpose, if there is no structure in place to make sure that they are implemented on time. Rapists know that rape is wrong, but that does not mean rapes are not committed. Criminals commit crimes because they think they can escape and that is what needs to change.

3) With great powers come greater corruption and this bill may just ensure that. With the idea of death penalty hanging over the head, it becomes much easier for corrupt officials to turn that fear into extortion. The chance that this bill may be used by those in power to oppress others is something should have been taken note of.

4) Crimes such are rape of children are horrific. They have a tendency to sway the emotions of the masses. And laws made to cater to this upsurge of emotions forget a few important things. Death penalty in India has, as a tradition, been reserved for the “rarest of rare” cases. What is being overlooked, of course, that crimes against women and children (especially those of sexual nature) are not rare at all. It doesn’t make the crimes less horrific. But that is not what the death penalty stands for in India; or at least, it hasn’t so far.

5) With harsher punishments in place — and there is no punishment harsher than the death penalty — a possible horrible side-effect that can emerge is that this incentivises the perpetrators to leave no witness behind. If the alternative is getting caught and walking to the gallows, is it not likely that rapes of children can be accompanied by homicide as well, as a measure of self-preservation?

6) The Indian family is scared, or so the present establishment and many in the Indian society would like to believe. But it is not. According to a survey conducted by World Vision India – a humanitarian organisation – that involved more than 45,000 children in the 12-18 age groups, across 26 states in the country, revealed that one in four families do not come forward to report child abuse. Additionally, World Vision India national director Cherian Thomas said: “With 98 per cent of rapes being committed by people known to the children, I feel it is time that we all come under one banner to focus our work around child protection.”

In cases where the accused is a family member, the threat of death hanging over their head, combined with the stigma of rape or molestation, this new bill only encourages silence from the family members of victims, in the name of sanctity of familial structures.

Is death penalty, then, a deterrent to child rape? Sounds like it isn’t.