Did Rama and Pushpak Viman even exist?

Many people have asked me whether Rama really existed; whether there was a Pushpak Viman (a kind of an aeroplane), guided missiles, atom bombs, etc., in ancient India? Here is my response.

Behind all mythologies, there is usually some history. So, most probably, there was a great king called Rama in the ancient times, who did good deeds. 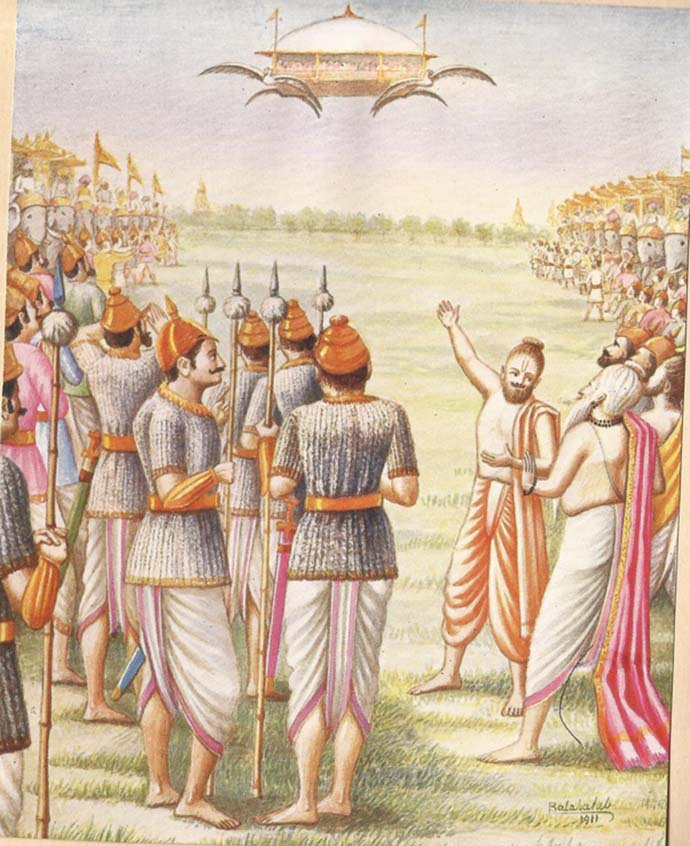 It may be mentioned that in the Sanskrit Ramayana of Valmiki, Rama was a great king, but not a god. He became a god later; in Tulsidas' Ramcharitmanas. So, Rama evolved from a man to a god in the course of two or three thousand years.

Pushpak Viman is just a poet's imagination. Please remember that the Ramayana is a mahakavya (epic poem). A poet has, what is called, poetic licence. In other words, he can exaggerate. So, please don't take things like Pushpak Viman literally — there were no aeroplanes in ancient India. The first aircraft was invented by the Wright Brothers in America in 1903.

We make ourselves a laughing stock before the whole world by claiming that in ancient India, there were aeroplanes, atom bombs and guided missiles.

Recently, some elderly relatives of mine wanted to visit the Akshardham temple in Delhi, so I took them there. Homecoming, but no scientific truth in it. (Photo: Wikipedia)

Among other things there, there is a cultural boat-ride inside a tunnel, and we went on it. Inside this tunnel are scenes from ancient Indian history. Many of these are truthful, like Sushruta doing a surgery, Aryabhat explaining mathematics to his students, Panini teaching grammar, etc. But there was one scene which completely put me off.

That was a scene showing an aeroplane allegedly built in ancient India.

Afterwards, I went to the head priest of the temple, who was very kind and courteous to me. I told him that while the other scenes were truthful and should certainly be shown to people who should know about the great achievements of our ancestors, the scene of an aeroplane in ancient India was false, as there were no aeroplanes. Showing such falsehood dilutes the great achievements of our ancestors by mixing truth with falsehood.

Many people, some even educated people, say that in ancient India, we had aeroplanes, atom bombs and guided missiles. In support of this argument, they refer to the Ramayana and the Mahabharata. 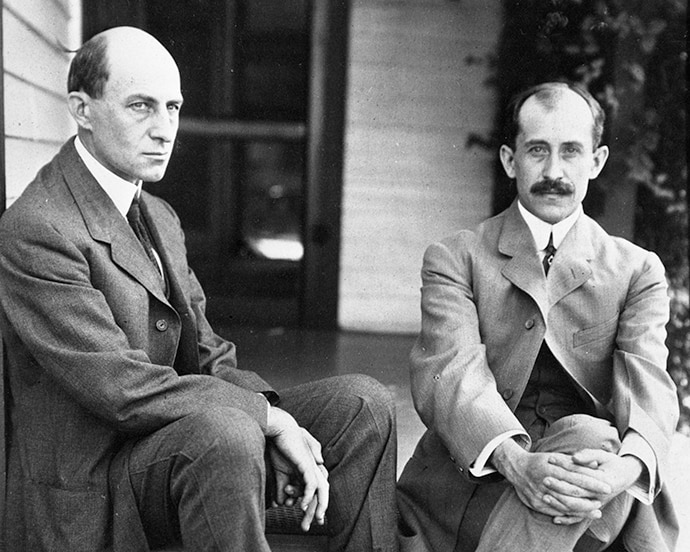 They're Wright. We, in claiming India invented planes, are wrong. Above: The Wright flier and the Wright brothers (Wikipedia)

Now, it’s true that the Ramayana mentions the Pushpak Viman, an alleged flying chariot on which Lord Rama was said to have brought Sita from Lanka to Ayodhya, after defeating Ravana. On this basis, it is claimed that there were aeroplanes in ancient India.

My reply to such people is this:

We must understand what the Ramayana and the Mahabharata are. They are epic poems and as I mentioned earlier, a poet has the right to exaggerate as he has ‘poetic licence’. So, one must not take all things literally. Many things are imaginative.

Everyone knows that the first aeroplane in the world (the Kitty Hawk) was built by the Wright brothers in 1903. Yes, Sushruta was the founding father of surgery. (Photo: Wikipedia)

Similarly, the claim that there were guided missiles and atom bombs in the ancient India (because there is a mention of brahmastra, agnyastra, narayanastra, etc., in the Mahabharata and the Ramayana) is also nonsense. These were only poetic imaginations. 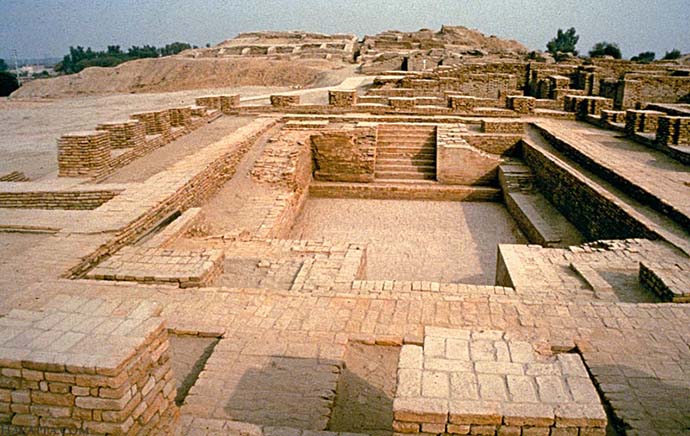 Unique town planning of Harappa-Mahenjodaro is a historical fact. No imagination in that. (Photo: Wikipedia)

Such people who talk such nonsense do not know the really great scientific discoveries of our ancestors, for example, the decimal system in mathematics, plastic surgery in medicine, etc. I have mentioned some of them in my articles, The Decimal System in Mathematics, Panini, Nyaya and Vedanta, and Sanskrit as a language of Science.

I have explained in my article A Visit to Akshardham that while we had undoubtedly made great achievements in science in the past, by mixing up what was true with what was untrue, we dilute the former.

It is true that we were ahead of the whole world in science in ancient India. 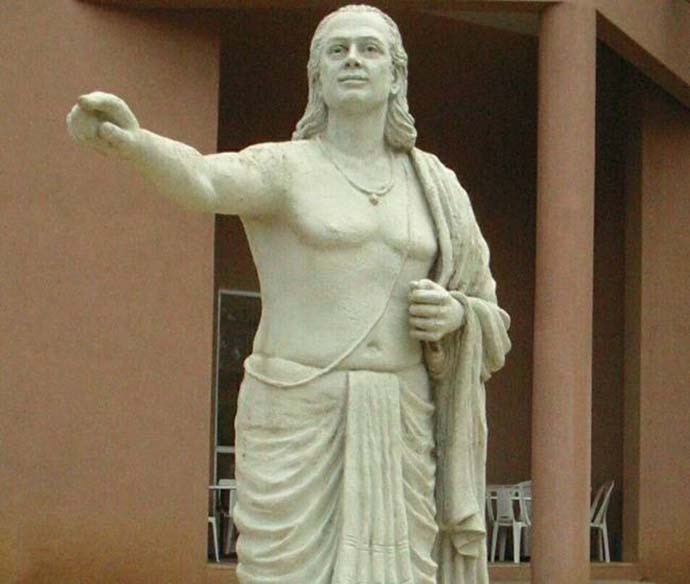 Celebrate what we did. Don't mix fact with fiction. (Photo: Statue of Aryabhatta/India Today)

Our mathematicians had invented the decimal system, which was one of the greatest and most revolutionary scientific achievements in the world, without which, scientific progress in the world would have been considerably retarded. Aryabhatta, Brahmagupta, Bhaskar, Varahamihira, etc., made outstanding contributions in mathematics and astronomy.

It is true that Panini (see his Ashtadhyayi) and Patanjali (see his Mahabhashya) made grammar truly scientific.

It is true that Sushruta discovered plastic surgery in ancient times, while Westerners discovered it only about 150 years ago.

It is true that in the Harappa-Mohenjodaro (Indus Valley) civilisation, we had developed the concept of town planning (which exists only on paper in most of our cities today), an excellent drainage and sewage system (which has largely collapsed in many cities in India today), and created a surprisingly modern port (at Lothal).

In plastic surgery, no plastic is used.

In plastic surgery, a piece of one's own body is removed and placed on another part of one's body. 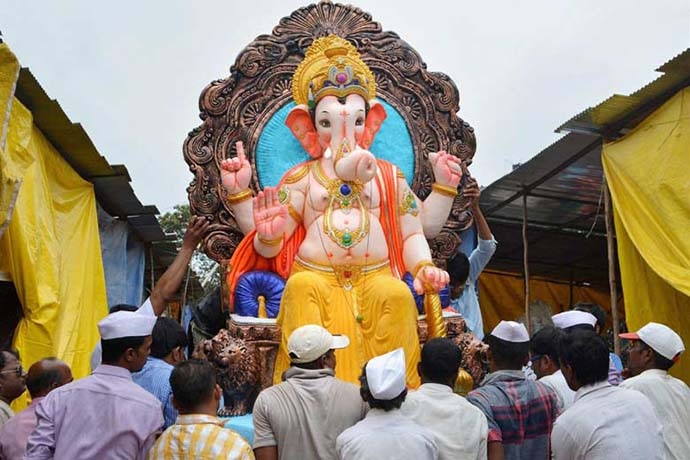 First patient of a head transplant? Not really. (Photo: PTI)

For instance, in a heart bypass surgery (when a heart artery gets blocked), a part of a vein in one's leg is removed and is placed in one's own heart. We cannot put a piece of someone else's body in our body, because our immune system will reject it.

All this was discovered by Sushruta.

However, this does not mean that we can do a head transplant. This is because:

First, a lot of our blood while circulating goes to the head (maybe one-third of the total), and therefore, a head surgery causes a lot of blood loss, which one's body may not be able to sustain.

Secondly, it must be realised that one is really one's brain. All one's thinking, reasoning, memories, commands to the various parts of the body, recording of sensations, etc., are functions of the brain.

If one loses one's leg or hand, an artificial limb can replace it. Also, there can be a heart, kidney or liver transplant. But if one's head is transplanted (assuming that can be done), and another person's head is put in its place, it will be that other person living in one's body.

By making such exaggerated and untrue claims, we mix up the true with the untrue.

Thus, we make the true, which we should be proud of, questionable in the eyes of foreigners.

Post your comment
#Ramayana, #Pushpak viman, #Lord Rama, #Ancient India
The views and opinions expressed in this article are those of the authors and do not necessarily reflect the official policy or position of DailyO.in or the India Today Group. The writers are solely responsible for any claims arising out of the contents of this article.