Patriots like us must call out lynchings. Why doesn't PM Modi start a campaign against hate crimes?

Notable cultural figures have written a controversial letter on lynching to the PM, including filmmaker Aparna Sen, who spoke with Rohit E David on why this issue has become so crucial now.

Forty-nine prominent cultural figures, including filmmakers Aparna Sen, Anurag Kashyap and Konkona Sen Sharma, social scientist Ashis Nandy and historian Ramchandra Guha, have written to Prime Minister Narendra Modi, drawing his attention to recent incidents of lynching and the alleged weaponisation of the slogan Jai Shri Ram — into what the intellectuals are terming is 'a war cry'.

The letter was sent to the PMO on July 23. Aparna Sen was one of the figures at the forefront of the process.

“We were very deeply involved in the letter, all of us. We all went through it, there were suggestions, there were changes. Everyone read it and voiced their opinions," she said.

The letter was deliberately put out in the public domain too. Why so?

"The second reason is that we wanted to raise public awareness about the increase in hate crimes and we have quoted very reliable statistics to prove our point. In fact, the Prime Minister, who has himself condemned lynching in Parliament, would, we imagine, be happy that we did so. While we realise that law and order is a state subject, there is a great deal that the Prime Minister can do. He launched an extremely successful campaign of Swachh Bharat, which was all over television everywhere. He won with a huge majority for the second time, despite the decline of the economy and lack of promised jobs. People are ready to do whatever he says. Why hasn't he launched a similar campaign against hate crimes all over the media, using celebrities to convey the message, as he did with Swachh Bharat? Bharat has to be "swachh" not only with regard to lavatories, but also in its mindset where there is zero tolerance for hate," she says.

The letter says that the lynchings of Muslims, Dalits and other vulnerable groups must stop immediately.

The issue is deeply serious, feels Sen — so serious that, in her words, “India is at war with India."

The writers state National Crime Records Bureau (NCRB) figures to show reportedly 840 instances of atrocities against Dalits in 2016 — and a definite decline in the number of convictions. “We have given the entire statistics in our letter. On the Dailts, everyone in India has been abusive towards them, including the CPM government. This has been happening all throughout, under different governments, including the UPA. But one would expect that this would sometime change — the number of incidents should go down. Not the other way around,” said Sen. They're concerned. And they've written exactly why to the PM. (Photo: India Today)

The letter reportedly further says "...regrettably, Jai Shri Ram has become a provocative war cry today that leads to law and order problems and many lynchings take place in its name".

Why pinpoint one slogan? Communal strife has been associated with more than one religious slogan after all. There is a clear reason, says Sen.

“Jai Shri Ram is associated with Hindus. How would the Hindus like it if they had to perforce say Allah Hu Akbar? The point is today, you are not even saying or enforcing Jai Shri Ram and then embracing the person — you are lynching him. If you were to say Jai Shri Ram and then embrace the person in front of you, that would have been something different. But that’s not happening. You are clearly using this slogan for violence. In fact, it is no different from the way fundamentalist Muslims use Allah Hu Akbar as a war cry when they commit hate crimes. Allah Hu Akbar, which is also a religious chant, has been used as a war cry ever since the riots during the Partition of India. Back then, apparently Har Har Mahadev was often chanted by rioting Hindus — but no hate crimes were ever committed before in the name of Ram, the benevolent. His name is sacred to most Hindus and should not be defiled is all we said."

Critics say the signatories are ignoring cases of Hindu lynchings — a claim Sen refutes. "Of course not! Are Dalits not Hindus? We have given statistics about the atrocities committed on them quoting from the NCRB."

Meanwhile, the signatories feel raising their voice against the government might lead to their being branded 'anti-national'.

“We have said this in the letter too — dissent is an essential ingredient of a healthy democracy. The ruling party may be the majority, but it is one party — it is not synonymous with India. Even if the Opposition does it, they are not synonymous with India. India is diverse, it’s pluralistic with different kinds of people, who have every right to practice whatever religion they want, eat what they wish as long as they don’t incite people to violence."

Sen says she doesn’t approve of the word 'nationalism'.

“I like the word 'patriotism' — but I do not like the word 'nationalism'. To me, 'nationalism' implies that my country is entirely right. If you are patriotic, then you care about your country enough to point out the wrongs, the evils you see in it. If you don’t care about your country, then you are simply not bothered — you are watching films, having your Sunday mutton curry. If you are concerned about your country, then you are patriotic, that’s when you dissent. If you see social evils, you voice your protest — that can’t be called 'anti-national'! Supposing that goes against the ruling party — it doesn’t mean you are against the country."

“The Prime Minister is the highest executive in the country, therefore this is a submission, an appeal to him to intervene and stop all this,” Sen mentioned.

The group is hoping that Prime Minister Modi will reply to their letter.

“We are hoping that the PM will take it very seriously because there are very important names in the letter like Ashis Nandy, Adoor Gopalakrishnan, Amit Chaudhury, Shyam Benegal, Anurag Kashyap and Soumitra Chatterjee. The signatories are important people, persons who have made a serious contribution to the country. The PM may not reply, we don’t know — but we are hoping he will. If he doesn't, one will have to consult more like-minded people and find out what to do next. We can’t decide at this time what we will do next. But what is very important is that none of these people are associated with any political party — they are all non-partisan,” Sen added.

Not everyone agrees with that. There are many alleging that in fact the award wapsi gang, closely associated with a Congress-led establishment, has returned, repackaged as 'Intolerance 2.0'.

"Look, these are just labels. It just shows that we have told some home truths, which have hit the mark. When people don't have any argument and don't want a sane debate, they start tagging people with labels. I, for one, have not returned any awards, so that does not apply to me. However, I have deep respect for the people who did because they did it as a mark of protest. Instead of looking at the cause for that protest and trying to address it, some politicians start raving and ranting and tagging people with labels," Sen responds. 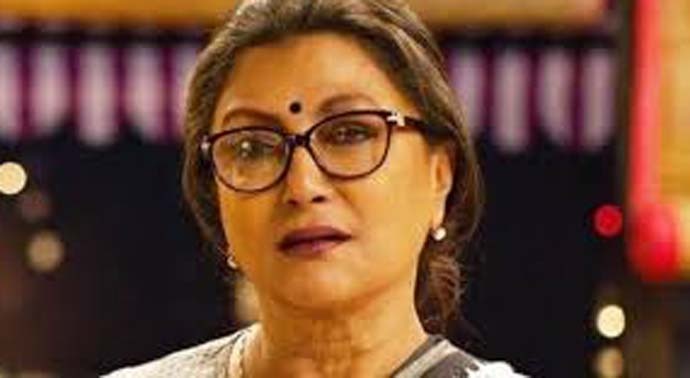 Aparna Sen: In the eye of the letter storm. (Photo: Facebook)

She herself has been accused of being backed by the TMC.

"I have spoken out against Mamata Banerjee several times since she came into power. Most recently, I joined the junior doctors' agitation against her, and marched with them carrying protest banners. No one can accuse me of having any political agenda. I have spoken out against the excesses of the CPM when they were in power. I have spoken out against the 1984 pogrom against the Sikhs in my strongest voice, my cinema, in Mr and Mrs Iyer when Rahul Bose describes the horrors of that time. Members of our group have been to Bhatpara and Kankinara where people have been suffering terribly. We have written to the CM who replied to our letter promising remedies. We are going back to check. We have been extremely vigilant in our own state — as we should be. But I have lost faith in all politicians over the years. I only believe even now that there is some inherent goodness in human beings, just as there are some base instincts. One has to appeal to peoples' good sense. I firmly believe that it is ultimately the civilians' voice that can move mountains."

What about being called an 'urban Naxal'?

"Honestly, I fail to understand this terminology. I am puzzled by it. Naxalites, like Maoists, do not support the Constitution of India and take recourse to violence. We, on the other hand, have written this letter to uphold the Constitution! And we have condemned violence and hate crimes. So how does the term "Naxal" apply to us at all, whether urban or rural?" Sen questions.

Also read: I survived lynching: Such violence existed before this govt. But it cannot become normal. There are ways to stop this