Do minorities matter? Yes, they do. Today I can proudly say that the small Anglo-Indian community has taken a giant leap to protect minority rights.

This is a huge victory for us, for democracy.

On Friday morning, we filed a writ petition in the Supreme Court, urging that the governor of Karnataka should not nominate the Anglo-Indian MLA till the floor test is over. Our seat should not be politicised.

The Supreme Court has now restrained the Karnataka governor from nominating any Anglo-Indian community member till the floor test is over. Our prayers have been answered.

We don't want to be used as pawns by any political party in any state across the country.

On May 16, I wrote to the governor of Karnataka in my capacity as the elected president-in-chief of The All-India Anglo-Indian Association — the oldest and largest organisation of the community, since 1876. It has 62 branches spread across the country. In Karnataka, we have active branches in Bangalore (two branches), Mysore, Hubli and Kolar Gold Fields. 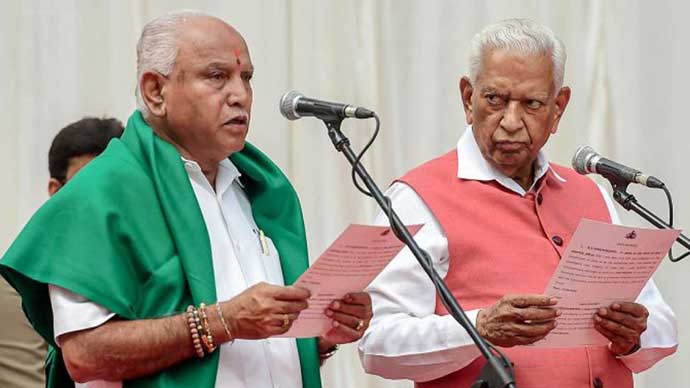 Not in our name, please.

I urged the governor to protect our constitutional rights by not allowing any political party or group to use this nomination to seek political advantage for its own gains or benefit.

Article 333 of the Constitution of India empowers the governor of a state to nominate a member of the Anglo-Indian community to the Assembly, but in the current situation that has evolved in the state, if a person was nominated to this seat before the "floor test" or "vote of confidence" was carried out to prove the majority in favour of any political party, it would have been highly unethical and unconstitutional. It would have caused great damage to the democratic process as well the rights of a minority community.

The Anglo-Indian community is equally friendly with all political parties and is non-partisan. We have no allegiance to any individual or political party. But if any political development threatens to politicise, or adversely affect our lifestyle, our institutions, and us, as a community; we will surely stand up to protect those rights.

It's not about any one party, this is our stand with regard to all states. Our reaction would have been the same had something like this happened in any other state, irrespective of which political party was involved.

I tell everyone that we should never allow any political party or group — whoever it may be — to use our seat in the numbers game, for political gain.

In an appalling development, some sections of the media also spread the false news that Vinisha Nero has been nominated by the Karnataka governor. This piece of news is absolutely incorrect. Vinisha was not nominated. We don't know who was nominated, if anyone at all.

Today is perhaps a good opportunity to remind the community about the role of the Anglo-Indian MLAs and MPs nominated to state Assemblies and the Lok Sabha. This is the only community that has its own representatives (two) nominated to the Lok Sabha and state Assemblies. The man who made this possible was Frank Anthony, one of the makers of the Indian Constitution, former president-in-chief of our Association and a true nationalist.

Sadly, there have been many instances in the past when nominated MLAs/MPs have failed the community. Governments should keep in mind that only those persons should be nominated who can truly work for the welfare of the Anglo-Indian community, address our issues and protect our rights.