Ladakh: The third, and most overlooked, part of J&K

Jammu and Kashmir’s third region — Ladakh — is often overlooked amid disputes over Article 370, terrorism, and cross-border infiltration. But ignoring Ladakh's security, economic development, and governance would be a mistake.

Over the last year, and for the first time in its thousand-year history, the village of Sumda Chun in Ladakh gained access to a motorable road. Only a handful of families inhabit this tiny hamlet, nestled at an altitude of almost 4,000 meters on a tributary of the azure Zanskar River. 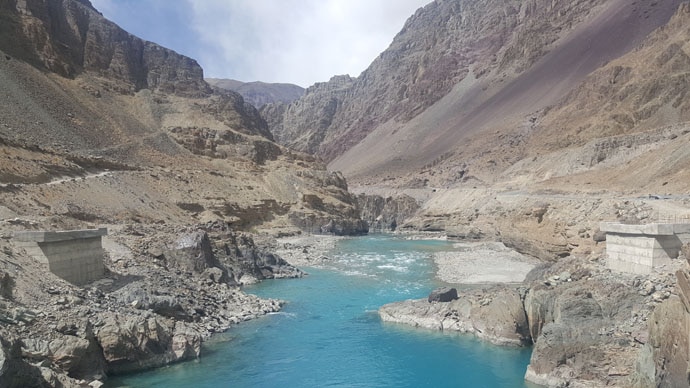 The azure Zanskar is one of the many treasures of Ladakh. (Photo: Author)

Thanks to the new motorway, the approximately 60 kilometre journey to the Ladakhi capital of Leh — which would have earlier begun with a two-hour trek to the nearest paved highway — is now just a 90-minute drive.

The village has already begun to reap the fruits of this new development, sometimes quite literally. Watermelons, once a rare delicacy that had to be transported by pack animals across high-altitude desert terrain, are now proudly served to guests.

But with the arrival of modern comforts that include road access and reliable solar power, Sumda Chun also faces new challenges. 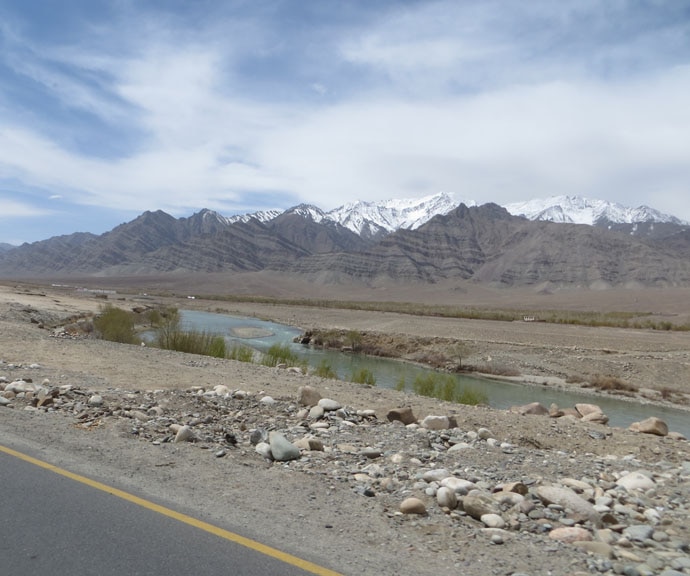 Modernity comes at a price: Along with connectivity, highways have brought threats to Ladakh's traditional lifestyle. (Photo: Author)

The local monastery (gompa) dates from between the 11th and 14th centuries and boasts gorgeous clay and wooden sculptures and painted murals. For art historians who specialise in the Himalayan region, the specimens are unique and therefore invaluable. Despite its having been listed among the most endangered sites by the World Monument Fund, the monastery’s treasures have long caught the eyes of antiquarians and art thieves — the wooden ceiling in one chamber reveals a gaping hole, from which a rare painting had been plundered about 25 years ago.

With greater accessibility, locals are concerned about greater threats of this kind to their cultural heritage.

Ladakh, the sparsely populated region of Jammu & Kashmir, is less than a two hour flight from Delhi — but it feels like half a world away. Its blue skies and stark landscape set it apart, as well as its distinct culture. For travellers, though, it is the high altitude — 3,500 meters upon landing in Leh by aeroplane — that requires the most getting used to.

Despite its small population of less than three lakh people, the strategic importance of Ladakh for India cannot be underestimated.

To its east lies territory occupied by China, including the desolate Aksai Chin. The Indian and Chinese militaries regularly patrol along the disputed boundary, with stand-offs sometimes resulting in fisticuffs.

To the west lies land claimed and contested by Pakistan, including Kargil and the Siachen Glacier, the world’s highest battleground, beyond which lies Pakistan Occupied Kashmir (POK). The Indian armed services consequently boast a sizeable presence in Ladakh, and military trucks regularly rumble over the region’s roads, duly maintained by the Border Road Organisation. For art historians, statues such as this one, from Sumda Chun monastery, are invaluable. (Photo: Author)

But as the people of Sumda Chun are discovering, modernity — while often welcome — is beginning to challenge Ladakh’s traditions in various ways. This contradiction affects almost every aspect of day-to-day life, including governance.

Ladakhis constitute only a fraction of the population of Jammu and Kashmir, and often complain of neglect by state authorities — many support the creation of a separate union territory that could be administered directly from New Delhi, a wish complicated by Article 370 of the Constitution that determined the terms of Jammu and Kashmir’s accession.

In 1995, a compromise of sorts was reached, with the creation of an Autonomous Hill Development Council in a bid to improve direct self-governance.

Questions of economic development are just as fraught. The lack of higher educational and employment opportunities has required some Ladakhis to move to other parts of India, including Delhi, Punjab, and parts of South India, which they casually refer to as “the plains” or, simply, “India.”

Because formal employment opportunities remain limited, the sizeable presence of the Indian armed forces is vital. The Army is by some distance the largest contributor to Ladakh’s economy. It remains popular among many Ladakhis, not simply for its maintenance of roads and security, but for its provision of both subsidised goods and — more importantly — jobs. 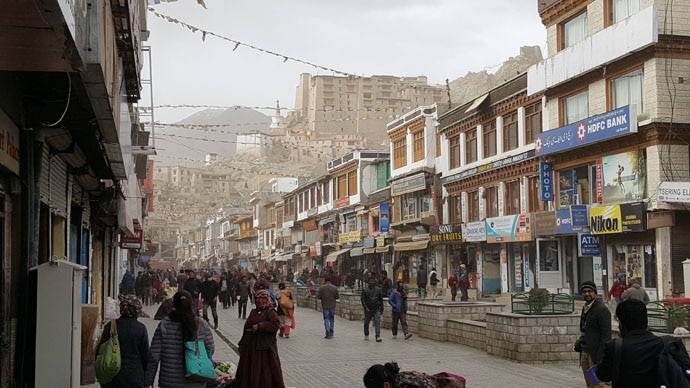 The Army is the largest contributor to Ladakh’s economy, though tourism is catching up. (Photos: Author)

Tourism is the second-largest contributor to the economy. In 1974, foreign tourists began to visit Ladakh for the first time, but their numbers have now been surpassed by domestic travellers, drawn to the region’s spectacular vistas, adventure sports and monasteries.

By contrast, agriculture remains underdeveloped, and subject to the availability of Ladakh’s scarce water resources. Agricultural processing, distribution and marketing also remain modest, to the point that some Leh merchants even source higher-quality packaged apricots — a fruit widely grown on local farms — from Pakistan. At the same time, the national and international demand for Ladakh-grown products, such as sea buckthorn, which has become popular for nutritional and cosmetic purposes, has significantly increased.

But beyond politics and economic development, it is in the social and cultural realm where the clash of modernity and tradition in Ladakh is becoming most pronounced. Contrary to popular perceptions in the rest of India and overseas, Ladakh is not ‘little Tibet,’ although there is significant cultural overlap. Ladakhis remain proud of their distinct identity, including their language, dress and art forms. Religion remains an important part of the indigenous social fabric. Among Buddhists, who constitute the majority, four sects retain a presence in Ladakh: the Drukpa (the largest sect, as whose guest I visited), the Gelugpa (whose most influential figure is the Dalai Lama), the Sakya and the Drikung Kagyu. These sects, and their many monasteries, still play important roles in the day-to-day customs of many Ladakhis, including festivals, marriage rites, traditional medicine, education and local dispute resolution.

In addition to Buddhists, Muslims constitute a minority, mostly Shi’a with a smaller number of Sunnis. As in other parts of India, tensions between religious groups are discernible, particularly on matters concerning conversions and intermarriage

Ladakh is bound to become more exposed to the outside world with the influx of higher numbers of tourists and better connectivity — including by air and road — with the rest of India.

But in a variety of ways, the people of this sheltered region are already confronting contradictory pressures. On the one hand, they seek the benefits of a modern world, from employment and advanced agricultural techniques to better education and healthcare. On the other hand, many want to preserve their traditional ways of life, from village-level governance to religious customs and traditional water-sharing mechanisms. The people of Ladakh — including the villagers of Sumda Chun — face a challenge in preserving a careful balance between these competing forces.

Also read: What Article 35A means to J&K

#Terrorism, #Article 370, #Jammu and Kashmir, #Ladakh
The views and opinions expressed in this article are those of the authors and do not necessarily reflect the official policy or position of DailyO.in or the India Today Group. The writers are solely responsible for any claims arising out of the contents of this article.

Dhruva Jaishankar is a Fellow in Foreign Policy Studies at Brookings India in New Delhi and is a non-resident fellow with the Lowy Institute in Australia.