Hatred on social media and elsewhere: Is it all worth it? Ask yourself

Read the words you write. Pay attention to what comes from your mouth.

Leaving all those who love you heartbroken, grief-stricken beyond measure, helpless, terrified. And what it leaves beyond all that pain and despair is a cacophony of questions, unsaid words, incomplete conversations, incoherent answers, unnecessary misunderstandings, unresolved miscommunication, postponed talks, abrupt hellos, hurried hugs, pre-occupied goodbyes. Tomorrow. Thinking there is a later, one more chance, another day, it shakes its head as it watches its light grow dimmer, its duration diminished, its very existence taken for granted with so much indifference it is as it doesn’t even matter.

Life. Valued only when it slips away without notice into a darkness that is eternal. Life that is only once, is unpredictable, unseen, and is yet considered to be connected to a forever that is never more than a dream you refuse to wake up from. Until death that is the only certainty in life for any and everyone who lives looks you deep in your eyes, and doesn’t even give you a chance to do what you think you would be doing next minute, next hour, next day, next week, next month, next year, next decade: take another breath.

And before you breathe your last, there could be another thing that makes you feel as small, as insignificant, as clueless as you truly are in the big scheme of things, of the eternal process of being born and not knowing when it would all end: the death of a loved one. For some it happens once, for others, it happens more than once, and for some, it happens so many times they wonder until the end of their own life how they felt so much pain, and still lived.

That is the biggest test of being human: seeing a loved one die, feel your entire being crushed like a handful of flaky clay, watch a piece of your heart die, and see the fullness of your existence go through an amputation, and still live. The resilience of human mind comes with a price tag that is too huge to ever make sense of, yet it happens with a nonchalant regularity that is a constant reminder of that unalterable humanness: life ends. For everyone. Life is valued only when it slips away without notice. (Representative image: Reuters)

Yet, all around us, there is so much that should not be. Beyond what we do to our loved ones, and the carelessness with which we take the good in our life for granted, there is that one thing that is so commonplace it is not even noticeable any more. Perhaps it never was. What human beings do to one another is what makes our immediate world and the world beyond that what it is. There is beauty all around us, but most of its goes unobserved. There is goodness sprinkling its gold dust on so many things that we pass by every day without stopping to even smile. There is positivity that radiates in the big little deeds of those we love, those we socially interact with, those we barely know, and those who we would never know, yet most of it is invisible to most of us. There is light in all those hidden corners that we are scared to step in, those windows we cover with dark drapes, those doors we are afraid to open.

What becomes noticeable is the bad, the negative, the dark, what harms, what stings, what wounds, that which leaves a scar. And the worst thing about it all is that most of it is done by people whom we don’t even know, and would in all probability of life’s randomness never even meet.

From wars to famines, from natural calamities to human-caused disasters, from incurable diseases to large-scale hunger, from prolonged wars to growing poverty, from occupied states to displaced-by-war people, from billionaires to those who die for lack of food, from systematic genocides to cloaked-in-religious-piety cleansing, from international scams to looting of national treasury, from domestic violence to murder for the smallest of reasons, from sexual abuse to violent gang rapes, from gratuitous ruthlessness to fellow human beings to mindless barbarity against animals, from bloodshed for hegemony to bottomless divisions of my-god-is-bigger than-your-god, there is nothing that human beings do not do.

And while there is a constant effort for alleviation of the effects and devastation of all this human evil, there is that other phenomenon that seems to be engaged in its own wanton dance to envelop the world in a semi-darkness that if not contained now will soon be that one invisible enemy of humanity that we would all be responsible for, and that we would all be a victim of: blackness of the virtual. 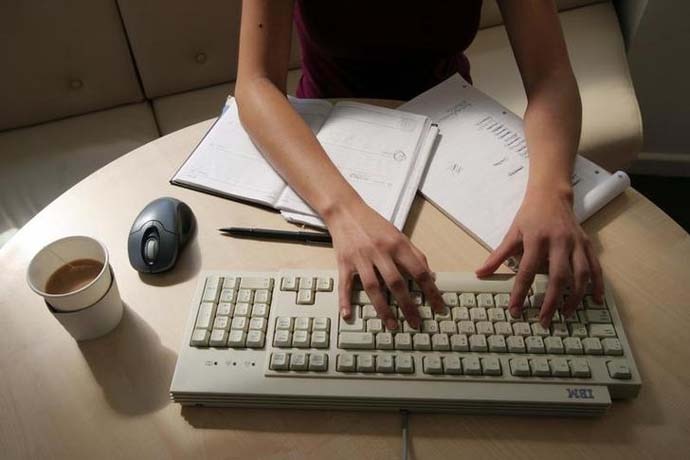 It is the hatred for the “other”, the rejection of those who are not like you, sharply dividing an entire society, an entire nation into a chaotic mess that feeds on itself. It is what we see on our televisions, read in our newspapers, online and print, see on our social media timelines, and note in the harshness of arguments and hard smirks of people we see everywhere. It is that mirror of our world that devoid of light is mostly just black now.

It happens on splendid social platforms like Twitter and Facebook that literally connected the world, and brought close not just those who already knew one another but also formed bonds between perfect strangers from every corner of the earth that looked and thought so differently from one another that they would have lived and died without knowing of the other’s existence. How did this happen, so quickly, and apparently, so irrevocably?

How do people who off-social media apps talk and behave normally become on virtual platforms so vicious to one another that drawing blood becomes the highlight of their day? How does the virtual give so much dark power that what is unleashed is the you that is your cruelest, your crudest?

How do false news, unverified information, rumours, innuendos and accusations pass as freedom of expression, unbiased reporting or uncensored journalism? When did it become just another thing to use filthy language against political leaders, celebrities, anyone you just disliked, families of those you have political disagreements with, or those who are just different? When did outright gaalis and abuse, be it targeting the prime minister of your country, a leader of a party that is not in power, or an actress you don’t think is worthy of a government award, become freedom of speech?

What has made character-assassination of anyone a quick 280-character post that requires no self-reflection, engendering no remorse within you later? What has made followers-count, retweets and favourites the barometer of your self-validation, making you an unrecognisable shadow of your earlier self, one malicious tweet at a time?

How did humanity become disposable simply to make a point about those you do not like? For any reason.

Look at the words you post. Read the words you write. Pay attention to what comes from your mouth. Look within. Ask a question. Or two. Or many.

Ask yourself: What is it all for? Is it all worth it? Is this how you wish to be remembered? Is this the virtual legacy that you wish to leave of the real you, the long-forgotten-by-you you, the you that used to be good, decent and kind? Once upon a long, long time ago.