What Mammootty's hardcore fans don't know about the star

Mammookka has a rather amazing 'police career' in the film industry.

Malayalam cinema's "mega-star" Mammootty ("Mammookka" for his adoring fans) has been in the news for all the wrong reasons lately.

Fans of the three-time National Award winner have been viciously trolling actor Parvathy for her comments calling out the misogyny in the 2016 Mammootty-starrer cop-movie Kasaba.

Should Mammootty be castigated for playing characters sketched by a scriptwriter? Should he take responsibility for, or at least speak out against the "fans" who abuse critics online in his name?

As these debates rage on among Malayalam cinema lovers, I took a look at Kasaba and a lot of other Mammootty-starrers over the years, only to find that Mammootty has had a rather amazing "police career" in Mollywood.

This is a brief history of Mammootty's career with Kerala Police, in chronological order. 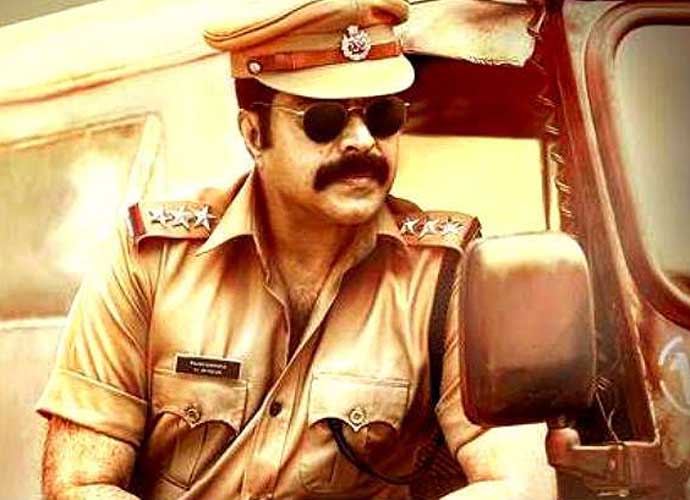 To avoid over complicating, I have left out his brief forays outside of Kerala Police when he went on deputations to other agencies such as CBI, Indian Army, Indian Air Force, RAF, Fire Service and RAW.

Mammootty plays the lead role, that of a circle inspector of Kerala Police, aged about 40 years.

Arrayed against him is the legion of 1980's Mollywood baddies comprising accomplished actors such as Sukumaran, Janardhanan, CI Paul, Jagannadha Varma and Prathapachandran; all of them conspiring to subvert the rule of law.

That eventually leaves Mammootty with no choice other than to deliver instant justice to the prime-baddie (played by Captain Raju), through a hail of bullets from his service weapon. 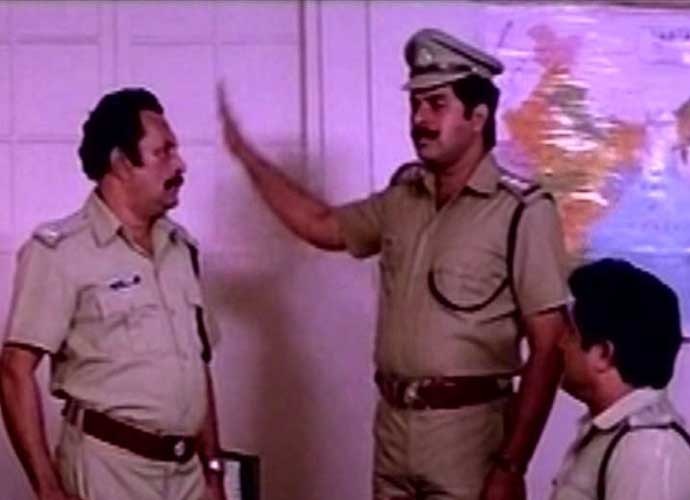 Mammootty plays the lead role, that of a circle inspector of Kerala Police, aged under 40 years.

He also appears to have got himself one of those Hindi Prachar Sabha certificates that were much vaunted by the Malayali middle-class.

Maybe because Kerala of 1991 is drastically different from the Kerala of 1986 - after all there was the First Gulf War in 1990 - instead of one of our own home-grown baddies, Inspector Balram imports a baddie from Bollywood, who promptly goes about subverting the rule of the law.

That obviously leaves Mammootty with no choice other than to deliver instant justice to the imported baddie, through a hail of bullets from his service weapon (fired mid-air, after already killing him twice over with long and angry Hindi monologues.) 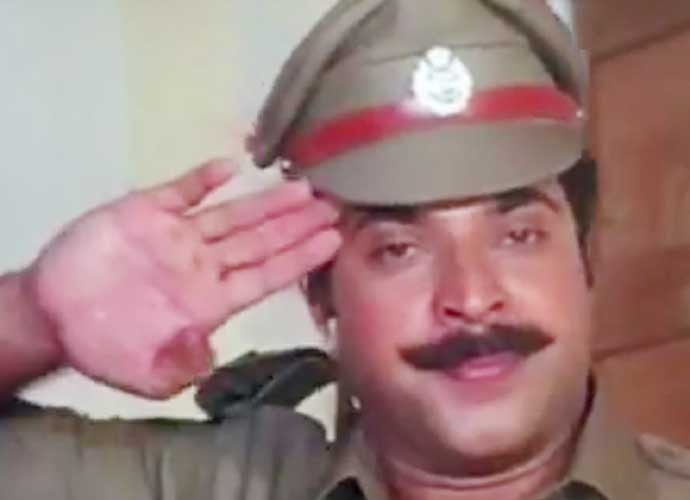 Mammootty plays the lead role, that of a Circle Inspector of Kerala Police, aged about 35 years

In addition to Hindi, his skill set has a new addition: breathless delivery of long-winded polemics in complex Malayalam (imagine Shashi Tharoor tweeting in Malayalam and that Twitter character-limit has been bumped up to 28,000 - you get the idea), a trend popularised by the Suresh Gopi - Renji Panicker political thrillers during the mid-1990s.

The rest of it are all the same: an imported Bollywood baddie who doesn't even know enough Malayalam to order porotta and beef in a Kerala restaurant, gets a long and one-sided sermon in Malayalam before he gets instant justice through a hail of bullets - 11 shots without pausing to reload, fired from a six-chambered service revolver.

Mammootty plays the lead role, that of an assistant commissioner of Kerala Police, aged under 35 years

No doubts he has got that promotion under the sports quota and the sporting event has to be "swimming in the fountain of eternal youth".

Keeping in line with the Bollywoodification of Mollywood, he has mastered the art of endless walks in slow motion, set to thrash-metal style electric guitar tunes.

A lot of Hindi (in Ernakulam accent) to the battalion of imported baddies, some pseudo-philosophy in Malayalam to the main baddie (played by Saikumar) and no surprises here, instant justice to all, delivered from his service weapon.

And he walks away in slow motion, with a thrash metal band playing in the background.

Mammootty plays the lead role, that of a circle inspector of Kerala Police, aged about 30 years

Guess Mammooty might not have wanted his son Dulquer Salmaan - an accomplished Mollywood star by now - to feel bad that his dad is an old geezer and must have demanded that he be reinstated to his old circle inspector rank. Who knows!

He is irreverent, insubordinate, short-tempered, abusive. And his misogyny has got an upgrade - to the point of grabbing a senior woman IPS officer by her belt and cracking what can only be described as a rape-joke.

Mammootty plays the lead role, that of a sub-inspector of Kerala Police, fresh out of Police Training College and aged under 25 years

The 20-minute long ultra-slow-motion introduction sequence is a video montage of Mammootty and features five different Armani suits, 12 sunglasses and 16 sports coupes - all set to a one-line background rap that goes "wow! what a macho man!" in an endless loop. 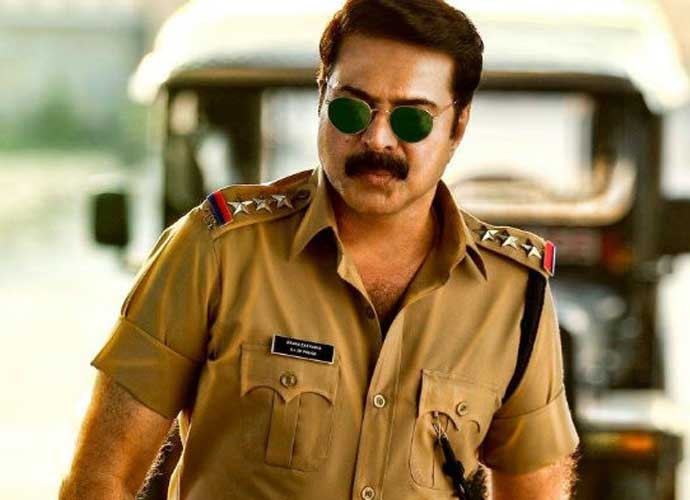 After the golden-1980s of Mollywood, for the first time there is a legion of baddies comprising of fine actors.

Dulquer Salmaan (who plays the corrupt retired DGP), Nivin Pauly (who plays a septuagenarian politician from Kottayam) and Prithviraj Sukumaran (who plays an ageing mafia-don who speaks like a BBC newsreader) appears in about three to four scenes - the rest of the movie is all about Mammootty who walks on and on in slow motion to the tune of "wow! what a macho man!".

As the baddie dies and the end-credits roll, we are informed of the prequel "Legend: Preloaded", planned for 2030, where Mammootty portrays an 18 year old BTech student who aspires to be a circle inspector of Kerala Police.

The truth has been staring in our face all these years, just that we were oblivious to it.

Mammootty is not just "mega-star Mammookka"

Inspector Mammookka is the Benjamin Button of Mollywood.

#Mammootty, #Roudram, #Mammookka, #Malayalam Cinema
The views and opinions expressed in this article are those of the authors and do not necessarily reflect the official policy or position of DailyO.in or the India Today Group. The writers are solely responsible for any claims arising out of the contents of this article.