To all who did not get their old self back, and to those who did

She kept lying still, curled like a comma under the white duvet.

The room was silent. The world outside the room was silent. She lay on the bed, still, her body curling so tightly as if trying not to be, her eyes fixed on an invisible shape on the beige wall, covered with a painting of three people in a house by a lake. She was very cold; it was a hot May morning. The loud humming of a window air-conditioner dulled the sound of her heart suddenly beating louder than anything she had heard in a long time.

Am I dying? She almost smiled at the unhurried, abrupt thought. If only life was that simple.

Imperceptibly, like a ghost, she pulled the comforter with her foot, afraid to move her legs, to make a sound, as if she didn’t want the people in the painting to know she was there. She covered herself. From her long-haired head to her aching toes. She was still cold. Her long, slender limbs started to find their place on her body. A startling pain shot through her, her mouth opened to scream, but there was no sound. Her fingers found their way to her neck that felt as if it had contracted in size. There were uneven marks encircling her neck like the hurriedly drawn necklace on a girl going to a party in a second-grader’s imagination in an art class.

There were marks on her entire body, of fingers that clasped too tight, of hands that left scars, of stubby nails that dug in every soft surface of her almost translucent skin, of fists that made blue and black patchwork on her face, under her eyes, on her ribcage. There was not a part of her that felt like it belonged to her, the pain was so intense she had become a stranger to her own body.

She kept lying still, curled like a comma under the white duvet. It felt comforting. Almost. Like a shroud. Was she dead? Is this how the dead feel, she murmured to herself. Do they feel? Do they know they are dead? Do they ask themselves if they are dead? I thought dead people didn’t feel anything. Why am in so much pain even when I’m dead? The world outside the room was silent. (Representative image: Reuters)

Outside, the lazy, late morning light inched into the afternoon glare, slowly moving into that peaceful drabness of a summer sunset. Inside, the room remained lightless, soundless. And she remained motionless, grateful for her body’s refusal to leave the refuge of her white, feathery, downy world. But now she knew she had to move. The pain stabbed every inch of her body like a million little knives. She slowly moved the comforter from her face, her eyes squinting in the blackness of the room, her hands trying to find the edge of the bed. What was it, seconds, minutes, hours?

Her legs glided across the Egyptian cotton sheets of her queen-size bed, trying to find the floor. She shifted her weight to the balls of her feet, but her body buckled under the pressure, folding to the cold wooden floor like a paper fan. Shaking, she opened the door of the bathroom, and turned the light on. She walked towards the huge mirror above the sink. She didn’t see herself. Like a distorted vision from one of those movies trying hard to be scary, late at night, making her roll her eyes. The camera zoomed close to her face. She was not she.

And as she looked for her in the bruised, swollen face staring at her, her naked body specked with bruises like goosebumps on a wintry walk, the unfamiliar pain hit her like a steel rod in the gut. Doubling in pain, she screamed. One long, animal howl... piercing, unending, jagged. She looked down, scared, shivering. Her legs, the smooth, gorgeous legs of someone who ran instead of walked, felt wobbly. On the inside of her legs were uneven lines. Red, dry, dark.

A new thin line of red appeared on her right thigh, making its way down to her calves, her blue-painted toes. A sound left her throat, so loud, so agonising, so unlike anything she had ever heard before: NO.

At midnight, what seemed like a lifetime away, she had turned 18. She had turned 18. (Representative image: Reuters)

Today as I remembered the half-forgotten story of the hell a young girl, now a middle-aged woman, went through, I sit here thinking: only those who have been raped, who have faced sexual violence, and who have experienced physical abuse of the worst kind, truly understand what it feels to be your weakest, your most vulnerable, your most terrified simply because a man is physically stronger; simply because your feminine physicality allows someone to unleash his darkest anger on you; and simply because your femaleness becomes the pretext to overwhelm you in all the inhuman ways possible. Some never recover from what happens to them. Some do.

Some of those who go through the hell of sexual violence succumb to the life-altering trauma. They who feel defeated go into a shell, becoming a shadow of their earlier self. They never forget. They never heal. 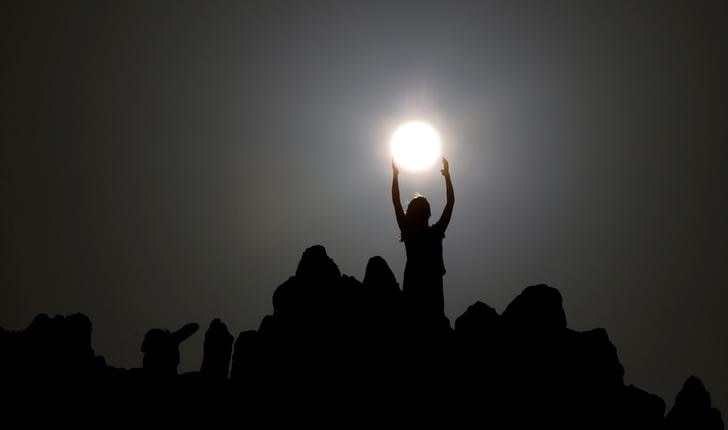 Some of them survive the hell, and emerge strong, solid and splendid. Apparently. (Representative image: Reuters)

Those who survive the trauma face the physical and emotional shattering of body, soul and mind, collect the pieces, go through myriad processes of self-repair, let the agony be healed one stab in the heart at a time, and put the pieces together to become whole again. They, slowly, gingerly, move away from the darkness, reinvented as a being that is confident, secure, empathetic and beautiful. They are never the victim. They hide their pain well, they hide it deep within. They survive the hell, and emerge strong, solid and splendid. Apparently.

To all who did not get their old self back, and to those who did...

Post your comment
#Rape survivor, #Abuse, #Rape, ##MeToo
The views and opinions expressed in this article are those of the authors and do not necessarily reflect the official policy or position of DailyO.in or the India Today Group. The writers are solely responsible for any claims arising out of the contents of this article.