Prime Minister Narendra Modi has not distinguished himself in office so far by his commitment to truth in public life.

I have been increasingly disconcerted by his penchant for unleashing apparent falsehoods in public utterances. When the outcome of the 2017 Gujarat Assembly elections was hanging in the balance, he suddenly found out that Pakistan was conspiring to install Ahmed Patel as the chief minister of the state.

The serious allegation was forgotten, the moment the results were announced. The BJP had insinuated that Pakistan was apparently conspiring to install Congress leader Ahmed Patel as the chief minister of Gujarat. (Source: India Today)

In the run-up to the 2014 elections, Modi had daubed the Congress with a slew of corruption charges. Hopes were raised that the corrupt would indeed be brought to book and made to pay for their crimes against the nation — nothing of the sort happened till the 2019 General Election drew closer. Once again, allegations of corruption are being slapped on leaders of Opposition parties in order to raise the miasma of suspicion around them, aided and abetted reportedly by the investigating agencies which are apparently at his beck and call.

Using corruption as a weapon to attack one’s adversaries — without any commitment to honesty and transparency in public — is in itself a serious form of corruption.

It is this that makes me, apart from other circumstantial and suggestive evidence coming to light, lend credence to Rahul Gandhi’s charge, “Chowkidar chor hai”.

Even a BJP Member of Parliament, Shatrughan Sinha, echoed the chorus in his address at the show of Opposition unity in Kolkata last month.

By now, it is clear to everyone that the PMO reportedly did intervene in the Rafale deal allegedly tiliting in favour of Anil Ambani’s company. The exact technical minutiae of this intervention, which former defence minister AK Antony describes as ‘shocking and unprecedented’, are of little interest to the common man. What is clear to him is that such extraordinary measures of interest undertaken by the Prime Minister of a country cannot be innocent charitable exercises.

It is hard to believe that preferring a company with no apparent experience or expertise in aviation over Hindustan Aeronautics Limited (HAL) in the Rafale deal, for the apparent reason that it could win the goodwill of Anil Ambani, happened only due to a random impulse of extravagant charity.

Anil Ambani's company was allegedly given preference over Hindustan Aeronautics Limited in the Rafale deal. No one knows exactly why. (Source: PTI)

Purchasing aircraft reportedly at three times the price originally negotiated as well as the hyper-eagerness to prove that this is hugely beneficial for India also do not really improve our ‘ease of doing business’.

The self-goal scored by the Ministry of Defence in releasing certain documents, apparently in a panic measure of self-defence, is significant here, even from a psychological point of view.

When an agent of action begins to resort to measures of self-defence that undermine his defensibility all the more, it betokens a rupture in self-confidence. It is common knowledge that when anyone acts in panic, measures adopted to help oneself prove hurtful.

For all practical purposes, this is symptomatic of guilt.

To me, the crucial thing is not if Modi’s hands are soiled with Rafale or not — what interests me is the insight this murky episode affords into Modi’s idea of corruption.

I believe that understanding this right is crucial for the country as a whole. The deal to buy 36 Rafale jets has run into huge controversy over allegations of crony capitalism. (Source: Reuters)

Corruption can mean different things to different people. Telling a lie or extorting kick-backs in a public deal may be corruption for those who are committed to moral ‘integrity’ in the material domain.

But it need not be corruption for those who are concerned only with ideological or ethnic ‘purity’.

Inter-religious marriages, for example, do not signal ‘corruption’ to a secular mindset — but they are intolerably offensive manifestations of ‘corruption’ from a perspective of ethnic or communal purity. The religious and cultural diversity of India does not amount to 'corruption' for those who accept India as a ‘secular, democratic republic’. But it is a plague-spot of corruption for votaries of the Hindu Rashtra — much like the Jews were seen as a source of 'pollution' in Hitler’s Germany.

Looking back, I give credit to Modi for giving us clues to his idea of purity way back in 2014.

The loudest and clearest indication was his idea of ‘Congress-mukt Bharat’. The Congress was projected as a source of corruption (read, pollution) from the Hindutva idea of purity. It is not my case in saying so that Congress was free from corruption. 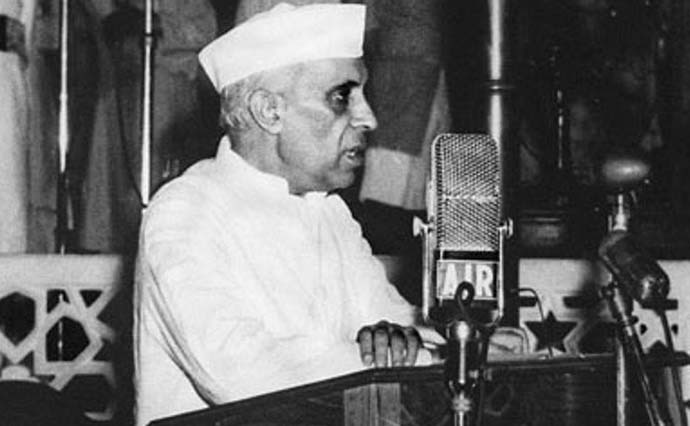 My point is that the most offensive part of Congress corruption — from the Sangh Parivar's perspective — is not its apparent venality but its ideological commitment to secularism and religio-cultural plurality.

Jawaharlal Nehru, for example, is ‘corruption’ for the RSS and BJP because of what he stood for.

The statue of Sardar Patel is envisaged as the Ganga jal that can wash away the ‘pollution’ of a Nehruvian legacy. It was because Gandhi meant ‘corruption’ in the Hindu Mahasabha sense that Nathuram Godse eliminated him and felt that he did a noble and necessary thing for India.

Modi’s idea of integrity, which is synonymous with ideological purity, the Hindu Rashtra as its paradigm, can sit comfortably with manipulations of any kind in the Rafale deal. That is why, strangely, an air of moral indignation is created around attempts to expose corruption, real or alleged, in this matter.

From this idea of integrity-as-purity, material corruption is significant only as ammunition against one’s adversaries. 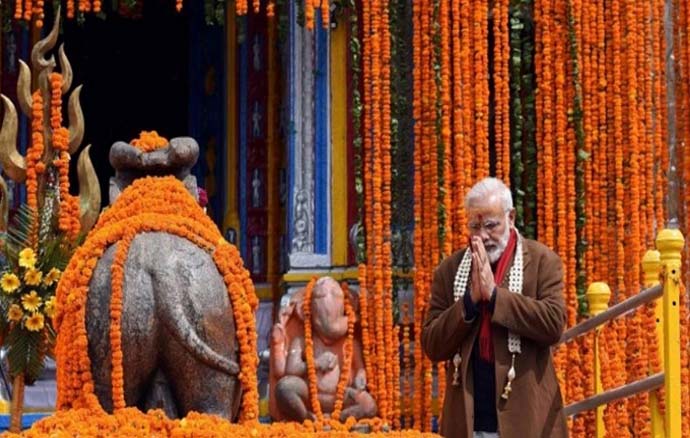 Modi's ideas of purity and corruption are cultural. They are far removed from the financial. (Source: Reuters)

The masterstroke is that Modi’s political adversaries cannot use the same weapon against him, for their idea of corruption does not apply to him.

Allegedly favouring corporate giants such as Anil Ambani, apparently going out of the way to either bail them out or fatten them up, is not ‘corruption’ — as per the political lexicon that the Amit Shah-Modi dispensation has nearly succeeded in legitimising in our public discourse.

Their idea of being ‘clean’ has been showcased in UP, for example, by ‘disinfecting’ the BJP's list of candidates in the last Assembly elections of Muslim presence.

In the days ahead, this idea of ‘integrity-as-ideological-purity’ is sure to be consolidated further — unless the forthcoming General Election rejects this dangerous political idiom decisively.