If Priyanka Chopra were Priyank Chopra, would there have been so much to write about?

To be an unapologetic careerist with a global agenda and an achiever with no stopwatch and preconceived rules does not make Chopra a “global scam artist.”

There is something bizarre about most of the pre- and post-wedding commentary on Priyanka Chopra. For a lifelong film buff and a film stuff reader like me, there is something very problematic about the way Chopra, beyond the expected and the accepted, is viewed in terms of her personal and professional choices. From the time she entered Hollywood to when she said ‘yes’ to Nick Jonas to her 70-foot long wedding veil to her ‘I do’ to the line of sindoor (vermillion), the line between commentary, criticism and attacks has been so gleefully blurred one is almost tempted to say: what’s eating all these naysayers?

There is something in my DNA that makes me wary of labels and tags, and despite being this, that and who-knows-what, I practise the art of not creating a box in which I could uncomfortably fit, with my nerdy spectacles, solitude, love for writing, films and animals, Chanel bags and Gucci pumps. And I do the same for people: not label them in binaries. One size box is created for almost everyone who is a public figure, for one reason or the other, and interestingly, most of these labels not come from the individuals who are given the labels but those who comment on them. 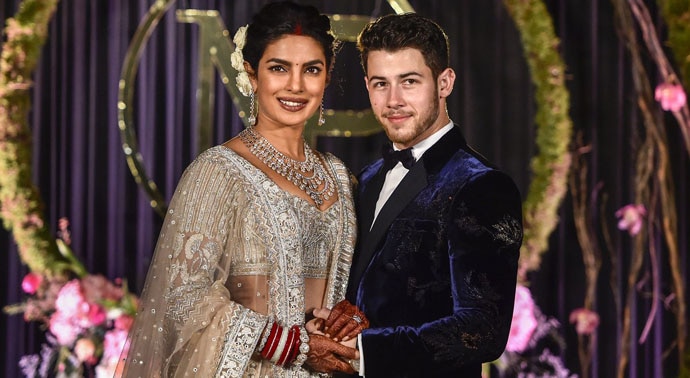 Why all her choices are being questioned? (Photo: Reuters)

In Chopra’s case, before the labels, before the judgements, there is one thing that is as clear as the smog in Delhi: Priyanka Chopra is a huge and a hot topic because she is a woman. Yes.

If Priyanka Chopra were Priyank Chopra, there wouldn’t have been much to write. And while the state of being noticed and discussed is more alluring than that of being unnoticed, there is something to be said about the way Priyanka Chopra is described and labelled...

Amal Alamuddin became a global icon for her work, beauty and style after marrying George Clooney. Her stellar work as an international lawyer and rights activist was known and respected for years, but the kind of fame she acquired after becoming Amal Clooney is irrefutable. And in my opinion, it is nothing to be defensive about. Marrying a man more famous than her became just another thing that she did, and she taking her husband’s name neither makes her less magnificent nor is it a repudiation of her identity as a woman who needs no one to define her. I love Amal with and without George, and I love them as a couple. (Photo: Reuters)

None of what Amal is anything I have an issue with at all. I love Amal with and without George, and I love them both individually and as a couple. What is noticeable: Not much was said about Amal’s age difference with her husband (17 years older than her), her new image of a style icon, and her changed name. All of that happened and more happened to India’s Priyanka Chopra.

Priyanka Chopra: A former Miss India, Miss World at the age of 18, an Indian actress, a big star and a talented artist, instead of becoming a has-been — the awful and sad reality of the longevity of female stars in the subcontinent — went to the US in her 30s and created history of her own kind. The list is long, and very, very cool: Headlined the ABC show Quantico, starred in Dwayne Johnson’s Baywatch, recorded songs, presented an award at the 2016 Academy Awards, presented an award at the 2017 Primetime Emmy Awards, appeared on covers of many top US fashion and entertainment magazine covers, was a guest in almost all major entertainment talk shows, and was on best-dressed lists of A-list magazines like Vogue. Priyanka Chopra so quickly and so splendidly became a brand name that it seemed like a too-good-to-be-true screenplay of a Hollywood movie. 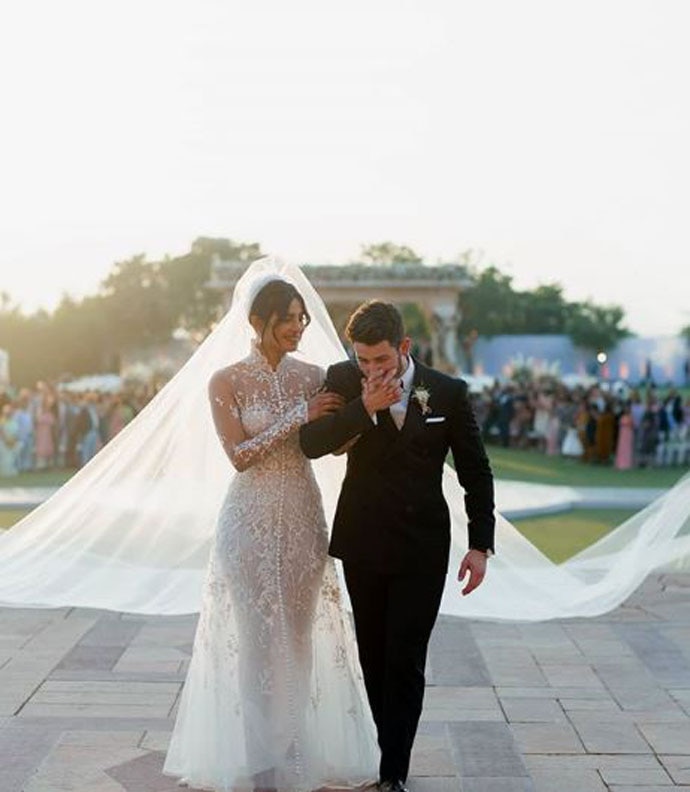 Priyanka created history — of her own kind. (Photo: Instagram)

That is just one part of being Priyanka Chopra. She also writes. She has bylines in the New York Times, The Times of India and The Guardian on substantial topics like “child marriage, the health and safety of women and young girls, and the importance of education.” Presently, she is in the process of writing her memoir, succinctly and sassily titled, Unfinished.

Chopra is also a social worker, activist, philanthropist and a UNICEF Global Ambassador. Her work for people to make a difference, create awareness and inspire reaction and action for change is low-key, without gloss and show, yet utterly powerful.

Shinning in Time magazine’s 2016 100 Most Influential People, and one of the few to be on the cover, and a recipient of India’s fourth highest civilian award Padma Shri in 2016, the global A-list events attendee, Chopra has bagged several awards for her films and various professional achievements. 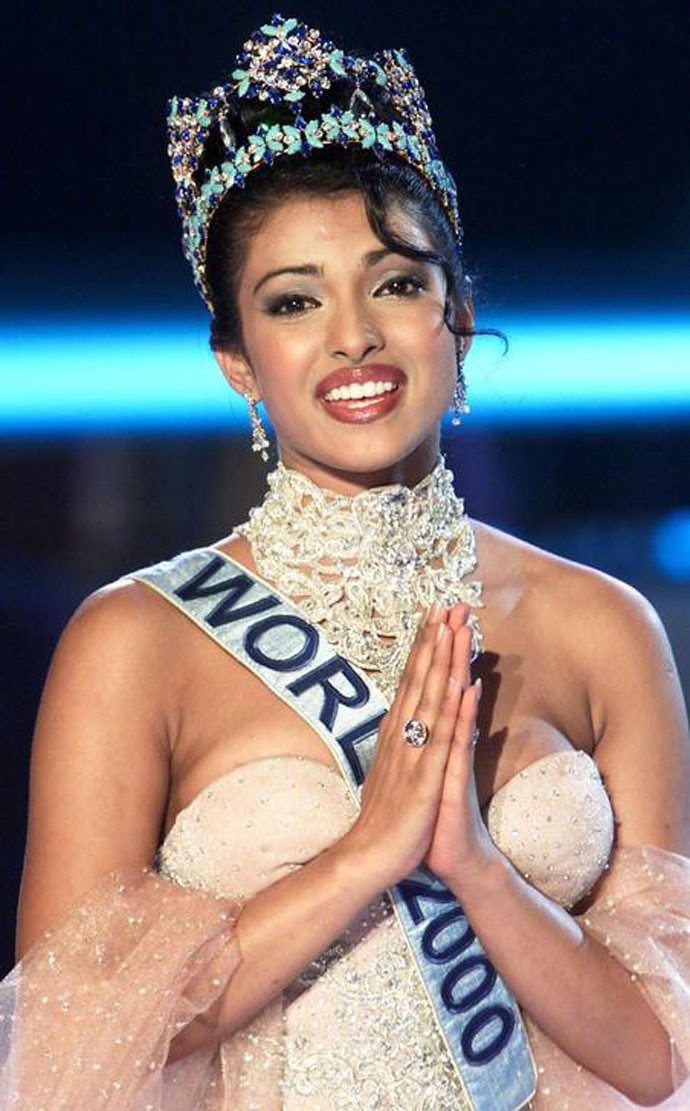 Her work for people to make a difference is low-key, without gloss and show, yet utterly powerful. (Photo: Reuters)

One of the most endearing things about the very famous and the very accomplished Chopra is her love for and closeness with her family. Her father’s words tattooed on her wrist, her extremely close bond with her mother, and her love for her brother makes her very real, very human. Not to forget her lovely Diana, the Chihuahua she adores and thinks of as a family member. Being someone who loves dogs, I love that about Chopra!

Her Indian film industry credentials, her terrific media strategy, her awards and accolades, her stunning looks despite being not “conventionally” pretty, her noteworthy sense of style, her articulation, her remarkable self-confidence and her agenda for “global domination” makes the 36-year-old not just an inspiration for all those who wish to dream and work hard and achieve, but also a subject for speculative commentary that at its worst is the stark price of being a Priyanka Chopra in a world that is still largely patriarchal, sexist and misogynistic.

Many women have written, tweeted and spoken about Chopra, and that too in a tone that belittles and demeans the very idea of female solidarity and that good word that is bandied about so casually that it is expected to cover all issues of females under one title: feminism.

Reading three articles of three different women — Mariah Smith for The Cut, Rafia Zakaria for the CNN and Priyamvada Grover for The Print, India — that look at Chopra in three different ways, I couldn’t help but think: there is simply too much ascribing of motives and assumption of intent in most of what is written about that one woman called Priyanka Chopra.

Being a celebrity, your personal life is always under scrutiny, your looks are written about and your choice of partners and the age of your spouse is a hot topic. Acceptable topics for a star on her way to become a global icon, I presume; what is problematic is what lies beyond that: speculations about the unexpressed.

What makes her real is her love for and closeness with her family. (Photo: Instagram)

To comment on the age difference between Chopra and Jonas is fair game in a world of unbridled interest in the life of the rich and the famous. What is not: to declare that their love is fake, and that their laughter is for show and photo-ops, and that their marriage won’t last. That kind of commentary is just macabre. And downright bad.

To be an unapologetic careerist with a global agenda and an achiever with no stopwatch and preconceived rules does not make Chopra a “global scam artist.” Countless people aspire and work hard to make a name, earn millions of dollars and have a fairytale marriage with the person they love, but only a very few fortunate ones manage to make it all come true. Chopra is ambitious, singular in her focus, toils to “spoil herself” and is very proudly the woman who dreams, works hard and does not need anyone to do anything for her. 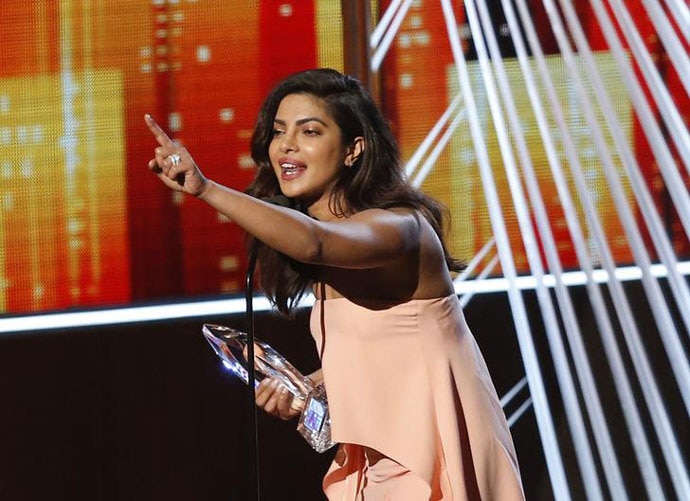 In the discourse about Chopra, the word 'feminism' is rigidly tailored to fit the narrative of the commentator. (Photo: Reuters)

To push Chopra’s actions into one box of feminism to suit your pet version of feminism is degrading the very beauty of feminism. “Feminism is a complex set of ideologies and theories that, at its core, seeks to achieve equal social, political, and economic rights for women and men.” The word to be noted: core. To expect one set of reaction and action is in direct contradiction of what feminism has strived for and is in constant process of working towards: “Feminism refers to a diverse variety of beliefs, ideas, movements, and agendas for action.” The word to be noted: diverse. Oddly, in the discourse about Chopra, the word feminism is rigidly tailored to fit the narrative of the commentator.

Sindoor, mangalsutra, traditional Hindu bangles, karvachauth, taking the name of the husband, none of that is an issue if it is done with a woman’s free will, is her choice, and is reflective of her agency as a strong, proud, independent woman who’s happy to be someone’s partner, exulting as a couple in their equality and an unconditional acceptance of one another. Chopra wearing sindoor and other traditional things is strengthening of the idea that traditions are beautiful if not an imposition, and not a patriarchal expectation. Slowly and steadily, the narrative spreads. Chopra wearing sindoor is expressive of her agency, and looking at the two of them together, I’ve a feeling that if there was sindoor for males in Indian or American culture, Jonas would have worn red in his hair in no time!

Chopra in response to The Cut article said: “I don’t even want to react or comment. It’s not even in my stratosphere. I’m in a happy place at this moment. These kind of random things can’t disturb it.”

I love Chopra’s fabulous engagement ring, her very beautiful wedding dresses, her 70-foot veil, her huge laughter and the way Jonas looks at her. It is not even that she is one of my favourite actors, but I look at her as someone who is very talented, hugely accomplished, inspirational, is a woman of 2018, with her sweet bonds with the old and the traditional, and is very uniquely...Priyanka Chopra.

I wish Priyanka Chopra and Nick Jonas a lifetime of happy and love-filled togetherness...

Also Read: Racist, ageist, sexist - Why The Cut's hatred towards Priyanka Chopra is a sign of bottled-up anger

#Bollywood, #Feminism, #Nick jonas, #Priyanka Chopra
The views and opinions expressed in this article are those of the authors and do not necessarily reflect the official policy or position of DailyO.in or the India Today Group. The writers are solely responsible for any claims arising out of the contents of this article.