Controversy over Padmavati is merely politics of convenience

In light of the Padmavati controversy, my memories go back to The Da Vinci Code film controversy in which Christians were the aggrieved party. The offence was that it portrayed the relationship between Jesus Christ and Mary Magdalene in a romantic light, which seemed particularly objectionable to the Roman Catholic Church.

Priya Ranjan Dasmunsi, the then information and broadcasting minister, constituted a 10-member committee to review the film in which I was a member. I was amused that a fictitious portrayal raised so many hackles. It struck me as puerile. I told the minister that the film should be passed without any cuts. I added, "If the Christian faith is so weak that it can be rattled or destroyed by a film, let it be."

The film was passed without any cuts. It was screened. Christianity survived. Jesus did not suffer any diminution in stature. 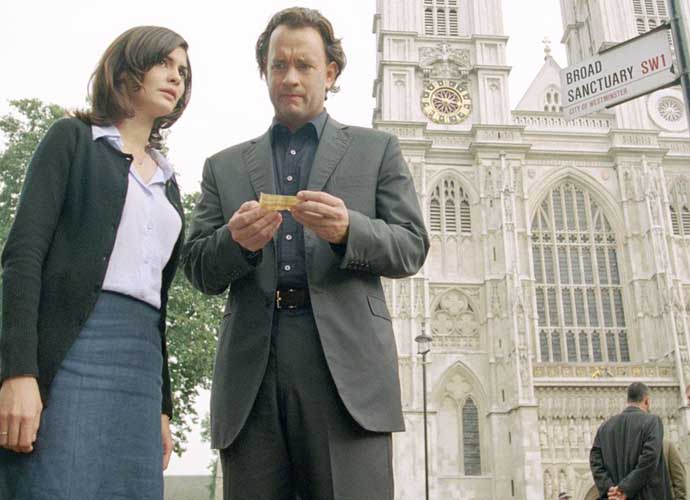 I have the same view on the Padmavati controversy. But there are issues that need to be considered.

If we go by Sufi poet Malik Muhammad Jayasi, Rani Padmavati is a legendary character. It is to the credit of our multi-religious heritage that this cherished symbol of Rajput pride - as we are now being told - is kept alive by a Sufi poet. I think this is very laudable. But what is worrisome is the growing inability to distinguish legend from history, fact from fiction.

Now, history itself is problematic. Fact and fantasy mingle in man's idea of the past. Even an old man, recounting the events of his salad days, exaggerates, often wilfully falsifies, events in order to bolster up his sagging relevance. What, then, to talk of historiography? The status of legends - most of them having existed in oral forms for long - is even worse. So, the factual merit of the Padmavati controversy is highly problematic.

It becomes even more problematic when a legend becomes raw material for art.

Is it right to bring legends and scriptural stories into the domain of entertainment? I have no doubt at all that religion should not be abused as an excuse for curtailing creative freedom. No author, or work of art, can determine the status or destiny of any scripture, legend, or belief system. Believers have the freedom to boycott such sources of entertainment. They have no right to prevent others from being entertained, if they so wish. If someone else is inclined to be entertained by a romantic portrayal of the relationship between Jesus and Mary Magdalene, why should I be upset or insecure? I need to be, only if I am weak and unsure in my faith. If you say that my goat is a pot, it needs to upset me only if I can't distinguish between the two. Yet another issue in this standoff is the conflict between rationality and blind faith. No one knows how the character of Rani Padmavati is portrayed in the film. Grievances are based wholly on rumours and conjectures. Yet, the Constitution mandates that we spread a scientific temper. Those who have sworn to uphold the Constitution are endorsing this irrational, unscientific approach. Are we to assume that rumours are above the Constitution?

The issue, if there was one, should have been settled by the Central Board of Film Certification (CBFC), as the Supreme Court has now decreed. Yet the only voice we have not heard is that of the CBFC.

The issue is showcased as one of Rajput honour. It is hard to believe that nothing more is involved. It is doubtful if this issue would have acquired a war-like mien, if Alauddin Khilji were a Rajput, and not a Muslim. Very likely, therefore, the issue is communal, with undertones of love jihad sparking in its sub-text.

Surely, there is a message in all of this for Bollywood and for the film industry in general. Art is a political issue, because it influences people very deeply. Hitler knew this only too well. He tamed theatre, cinema, documentary-making and radio. All forms and means of mass communication were brought under Nazi control. In such instances, no direct instructions are needed. One or two object lessons will send shock waves through the entertainment industry, given the gigantic investments involved. No one can afford to take such risks. I can understand Rajput grievances. It is not difficult to work up caste sentiments to a frenzy - under politically favourable circumstances. More so, when a caste or community is reductively associated with a single feature: "valour" as in the Rajput case. This is an echo from the past, which has become redundant in a vastly changed context. (Where does personal valour stand in relation to an aerial attack, for example?) Today the pride of a community should be located in its development and progressive outlook on life. It should be measured by its contributions to nation-building or the nobility of a society. When this is not addressed, the need to identify the community with this trait or that, which has historical resonance, becomes all the more compelling.

This tempts politicians to exploit such weaknesses. All that a party - never mind which party, all are the same - has to do is to pretend to be the patron of this antique form of caste pride. No one minds that this means nothing worthwhile for the members of the community concerned. It is little more than a pageantry of caste vanity, which can be translated into mega electoral gains.

In the end, Padmavati, the Rajput queen, is not the issue. Politics is.

Should politics be above rule of law? Should democratic institutions be overpowered to assert identities and agendas? Should issues be settled on streets and statements made through dead bodies? These questions will remain long after the Padmavati war is forgotten.

Also read: Why I decided to enrol at Sangh School of Sexism