Why silent on Bacha baazi, Pakistan? Instead of sponsoring terrorists, Pakistan should tackle this social evil instead

Pakistan fuels, trains and sponsors thousands of jihadis each year. But at the same time, it turns a blind eye towards the thousands of vulnerable young boys raped within.

I tried writing this article twice before — and both times, I had to abandon the essay half-way.

I am a father to a six-year-old boy and every time I attempted writing this piece, I would find tears rolling down my cheeks.

But, this third time, I promised myself that I will finish this article. I know that writing this will push me into a deep dark place for some days, and perhaps you too, dear reader.

But let's think about it this way — even if one person in power in Pakistan reads this and decides to do something about it, thousands of little boys — who are just as old as my son — will not be pushed towards drugs, suicide, isolation and sexual slavery. 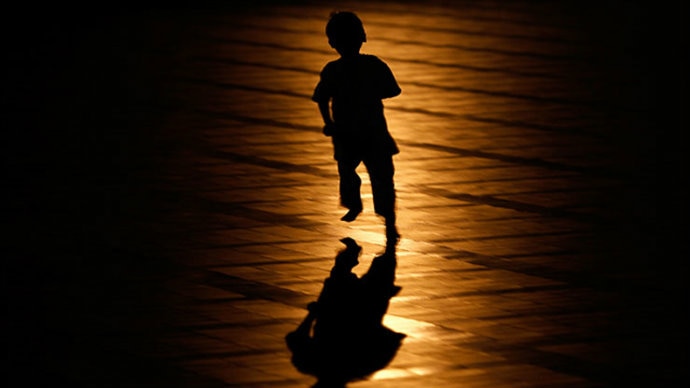 Bacha Baazi: Even as Afghanistan is trying to uproot this social evil, Pakistan is living in total denial. (Photo: Reuters)

If you are able to read it, and fight against the most heinous social evil of South Asia today, then read on.

And maybe, do something about it.

Even as Pakistan lives in denial.

The puppet-on-a-string government in Pakistan vociferously denies a lot of things.

But there's one thing that they never even talk about.

That is how thousands of young Pakistani boys (as young as five years old) are sexually brutalised every day at bus stands in the name of a shameful tradition called 'Bacha baazi' — which roughly translates into 'fooling around with a boy'.

Bacha baazi is a shameful social practice that originated in Afganistan, where young boys are kept as sex slaves and made to dress up as women by powerful men, in exchange of basic needs, such as food and clothing.

The tradition is a kind of tribal custom among a section of Afghans, and before the Taliban took over, it remained a social custom among some of the warrior tribes. The Taliban — after it seized power in Afganistan — made Bacha baazi illegal and it was punishable by death. The Taliban deemed the practice anti-Islamic, and successive Afganistan governments also outlawed it. 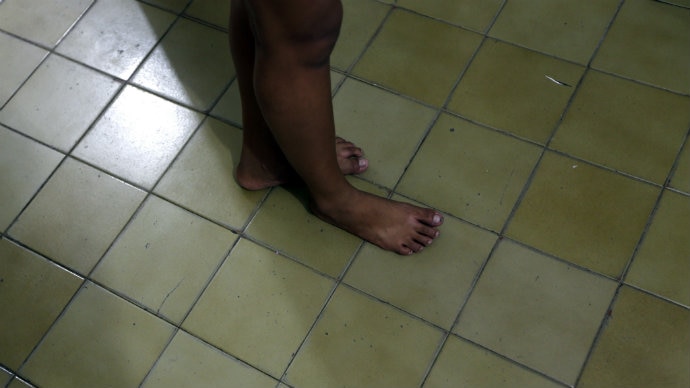 Picking on the poorest: Kids from impoverished regions of Pakistan are exploited in exchange for money and food. (Photo: Reuters)

But this shameful tradition continues to survive in Afganistan simply because the Afghan police is not powerful enough to enforce the law in a country that is still plagued with terrorism, all its resources spent in fighting the militia. Truth be told, Afganistan is trying hard to uproot this social malaise by letting international organisations work in their country on this issue. Unfortunately, while Afganistan has the intent, they perhaps do not have adequate resources.

But there's one country where Bacha baazi has transgressed into male child prostitution and the authorities have simply turned a blind eye to it — Pakistan.

While this shameful tradition thrives in Pakistan, the government does nothing about it and there is no indication that it intends to do anything either.

Picture this: Thousands of young boys are picked up from impoverished regions of Pakistan, lured to lorry and bus stands and are thrown at the drivers, who rape them in exchange for money. The pimp takes all the money and the boy victim gets some food and clothing in return. This rape goes on day after day, month after month, year after year. When the boys (mostly aged between five to 14 years) refuse to have sex with the men, they are beaten and starved for days — until they break down and get ready to get raped again.

The film was quickly wiped out of public memory by the oppressive government in Pakistan.

Heinous as this is, let's ask ourselves — how is this happening right under the noses of the military bosses in Pakistan? Does Pakistani Prime Minister Imran Khan know about it? Does he plan to take it up with his bosses in the army? Have the Pakistani media not reported about it? Yes, they have — and numerous times over. But somehow, this has never seemed to bother the Pakistani citizens.

I don't know why.

You might want to know what makes boys such easy targets for these monsters. Primarily, it is because there is no fear of the law. But there are other factors too as to why male children are so prone to sexual abuse in Pakistan. Pakistani blogger Zainab Nisar writes in her blog, "Male street children are often the ‘preferred’ target of men due to their physical advantages. Boys will not get pregnant, they are mobile — meaning they can take them with them anywhere without making people suspicious — and they will never have to take responsibility of them financially as they could be possibly (sic) for girls. At this point, it is not even just a perverted liking for little boys that drive the need to molest them. It is because sex is such a ‘secret’ in the culture that it leads to an obsession of it. Under the surface, people are obsessed with sex but never have any legitimate outlets and thus engage in this activity very heavily...."

Let me say this loud and clear — while Afganistan is trying to shake off this sinful social tradition by making legal amends and seeking help from international agencies, Pakistan is enabling this social malice by just living in denial and hushing it up.

When a civilised society hits the pits, you get to know about it. Pakistan's legendary denial of anything and everything that doesn't suit their agenda is gradually plunging that country into the heart of darkness. Shame on you, Pakistan!

But I have not lost all hope. I know there is a Pakistani out there who's ready to fight against this. I am still hoping that a Pakistani father will hear this Indian father and challenge the government to bring strict legal measures to punish the monsters who rape children. For any abuse of children cannot be the subject of a debate or politics. We just need to put an end to it. Period. Why don't you save your own children first? (Photo: Reuters)

Dear military leaders in Pakistan. Take a break from sponsoring terrorism and act on this instead.

For a change, your own people will thank you.

Also read: What ails Pakistan is a war of narratives. The first election in the tribal districts will finally put an end to this