Villagers in border areas fully back PM Modi. Their wait for bunkers to duck Pakistani shelling must end now

People living along the LoC believe that Modi is their saviour in this hour of crisis. They, however, await monetary compensation for treatment of injuries received via shelling from the other side.

Even as the country demands revenge from Pakistan for the killing of 40 Central Reserve Police Force (CRPF) jawans, it is the civilians living in the border areas of Jammu and Kashmir, along the Line of Control (LoC), who are the worst hit amid heightened tensions between New Delhi and Islamabad. 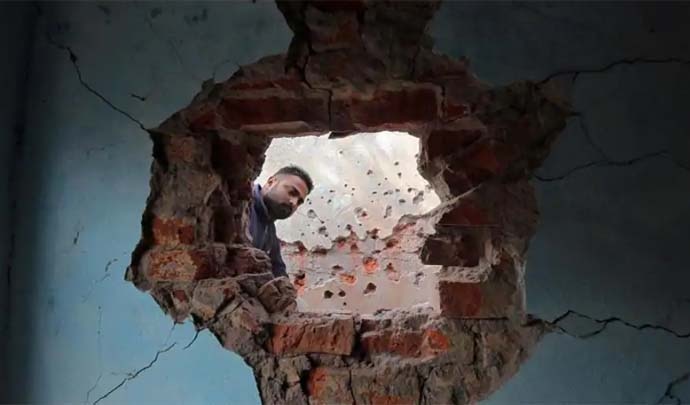 A home, and a life, torn into. (Source: Reuters)

Their daily life is spent in anticipation of unscheduled shelling and firing, listing measures to save themselves.

Interestingly, villagers seem to believe that Prime Minister Narendra Modi is their saviour in this hour of crisis — they feel only he can ‘end’ the tension once and forever. That only he has the capability to give a befitting reply to Pakistan.

The perception notwithstanding, the big question is — has Modi done enough to protect the Indian citizens living across the border areas?

I travelled across border villages in Jammu, across the Rajouri district along the LoC and Ranveer Singh (RS) Pora along the IB. Even amid the anxiety of where the next shell or bullet would fall, the 'josh' in support of PM Modi was quite high. Almost everyone shouted, "We are with the sarkaar. We have faith in the fauj!” 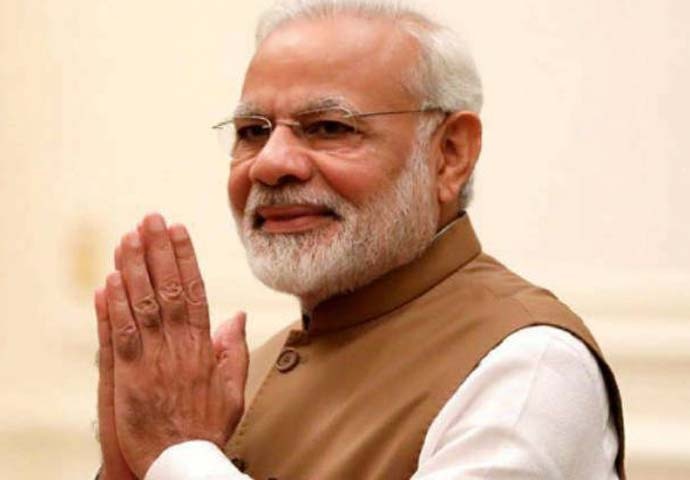 Villagers in the border areas are overwhelmingly in support of Narendra Modi to take on Pakistan. (Source: PTI)

Ground reality, however, suggests that a lot more needs to be done urgently to ensure safety of the villagers.

Nowshera is a vast sector with more than 52 villages — but many people still await ‘morchas’. In 2018, the government constructed 102 bunkers of the 127 that were required. Each bunker costs Rs 2.40 lakh and Rs 1.42 crore has been released by the central government for the purpose so far.

Individual bunkers are constructed in houses that are big enough for a family to rush into during heavy shelling.

I visited a house with a bunker to see how 10 people can manage to fit themselves into a 14x16 feet space. I saw villagers using pumps to suck the rainwater out of at least three bunkers in the village. The construction of the bunkers, surprisingly, did not factor in the prospect of rainwater percolating into these.

Sadly, community bunkers remain under-construction because funds have not been released.

Three community bunkers were started — but remain unfinished. Official sources cite lack of funds, apprehension and unavailability of contractors plus persistent shelling among the reasons for the unfinished work. The Prime Minster must ensure those living along the border feel safe. (Source: Reuters)

These community bunkers are essential for the poor who cannot afford to build them in their houses. The government must pay attention to building them because they can save the effort of large-scale evacuations in case of an emergency.

Funds must immediately be released via security-related expenditure (SRE) to ensure these life-saving bunkers are ready for people to take shelter in.

On March 2, the government made an announcement that 400 new bunkers would be built in Rajouri and Poonch — however, no deadline has been set on when the work is supposed to be completed.

In the RS Pora sector, some villagers complained that the monetary compensation promised to them for treatment of splinter injuries has not been paid. Scores of people got injured when mortar ordnance from the Pakistani side exploded in their house in 2018. A villager named Vinod was hit in the eye — some splinters pierced his father's body in May 2018. Neither received any relief for treatment.

The government says there is a policy to provide financial assistance for treatment of injuries to victims as well as the next of kin in case of death. But sources agreed that there was a delay in disbursement of funds at the local level. However, once the authorities' attention is brought to the matter, it was also reported, grievances generally do get looked into.

The government must ensure that each victim of shelling on the border is compensated and provided the best treatment possible.

The State Disaster Response Fund (SDRF) guidelines apply to victims of cross-border firings in J&K. However, the provision for financial assistance under the SRE for grievous injuries was reduced under the SDRF fund.

As a reporter, for me, it was overwhelming to see the amount of respect villagers along the border showered on the incumbent PM and the nation, despite the political upheaval only causing them sadness and pain.

Almost every villager spoke about their belief in the establishment. 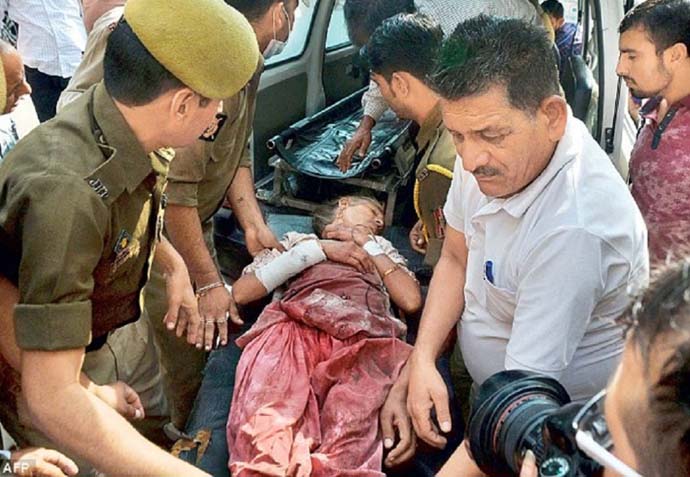 What has the Union government done to de-escalate tension using its diplomatic channels?

Only the Indian Army issued a statement, warning Pakistan not to target civilians on the Indian side.

Soldiers are trained to stay prepared and border civilians have learnt to be brave — the onus is now with the government to ensure Indian citizens are protected at all costs.

In trying to deal with a volatile neighbour, India must not lose its own people. Modi must not disappoint the villagers who have pinned their final hope on the leader in Delhi.

Also read: Where are the authentic ground reports from Balakot's JeM camp? Why does the media have no real access?

#Rajouri, #Poonch, #Ceasefire Violation, #Pakistani shelling
The views and opinions expressed in this article are those of the authors and do not necessarily reflect the official policy or position of DailyO.in or the India Today Group. The writers are solely responsible for any claims arising out of the contents of this article.