Many people are upset that I only criticise the state of affairs in India, Nepal, Pakistan, Bangladesh, etc., but have no positive solutions to suggest. This article is being written in response to all such allegations.

Yes, I criticise a lot, because I find the state of affairs in our country and the neighbouring nations disgusting. Our leaders are mostly crooks who have no genuine love for the people and are only interested in power and pelf.

Our people and societies are mostly intellectually backward and with feudal mindsets, full of casteism and communalism, which the leaders exploit.

There is massive poverty, unemployment, farmers' distress (leading to over a lakh suicides in India), malnourishment, lack of healthcare and good education for the masses, discrimination and atrocities on minorities, women, Dalits, etc., in our countries.

But what is a positive solution? Here, I come to the basic issue. So, what is the alternative to parliamentary democracy?

In my opinion, the answer is — a dictatorship of a small number of leaders with modern scientific minds who ruthlessly abolish and crush feudal laws, customs and practices and religious extremism, and rapidly industrialise and modernise the country, giving the people a high standard of living and decent lives.

The test of every political system is one and only one — does it raise the standard of living of the masses? It is wholly irrelevant whether that system is a parliamentary democracy, or military rule or a socialist government.

We may consider these three examples:

Turkey (the Ottoman Empire) was earlier ruled by feudal-minded sultans who kept the country backward, because of which the people were very poor. Turkey was known as 'The Sick Man of Europe'.

Mustafa Kemal Ataturk (1881-1938), who was an army general, seized power in 1923 and abolished the monarchy and the caliphate, making Turkey a secular republic. He realised that the ills of Turkey were all because of its feudalism and backwardness, and immediately set about modernising and industrialising the country. He encouraged people to adopt a western way of life. 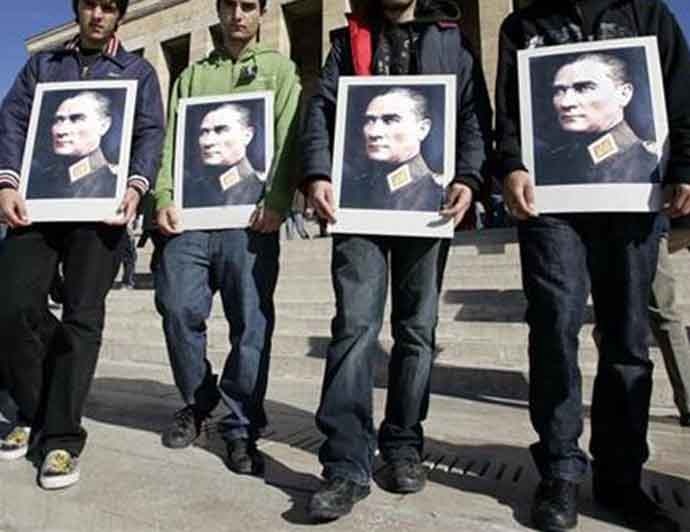 He abolished sharia law and the religious courts, replacing them with western laws. He suppressed the religious schools (madarsas), replacing them with modern secular schools. He banned burqa and wearing the fez cap. Women were granted equality with men and polygamy was forbidden. The Arabic script was replaced by Roman alphabets. Thus, Kemal rapidly modernised Turkey, brooking no opposition. As a result, feudalism was rapidly destroyed in Turkey.

Till 1867, Japan was ruled by the feudal Tokugawa shoguns, and the Emperor was only a figurehead. Below the shoguns were the daimyos (feudal lords) who were landholders with their own armies of the samurai class.

The Meiji Restoration of 1868 abolished the shogunate and feudalism in Japan, and thereafter, the country was rapidly modernised and industrialised.

The leaders who then came to power in Japan were modern-minded and determined to rapidly modernise and industrialise the country. About 50 top officials went to Europe and America to learn about industry, trade, military, etc., and they came back with many modern ideas. Western engineers and scientists were invited to Japan to help industrialise the country. Technical institutes were set up in which western professors were invited as faculty members. The government created an infrastructure of railways, roads and shipyards, telegraph and electricity lines, etc., and itself set up many industries such as shipyards, iron smelters, textile mills, mines, sugar, cement, chemicals and glass industries, etc., which were later sold to private entrepreneurs. Tokyo is all set to host the 2020 Olympics. (Photo: Reuters)

The domains of the daimyos were abolished, and so were their private armies. In their place, a modern national army, based on universal conscription (and not limited to the samurai class), was created.

Free and compulsory elementary education for both boys and girls was established throughout Japan.

All this resulted in the destruction of the feudal order and rapid modernisation of Japan, so much so that it could defeat a European power, Russia, in a war in 1904.

China was a very poor and backward feudal country ruled by the Qing dynasty which fell in 1911. Thereafter, a period of chaos and war with Japan followed, culminating in the revolution of 1949.

The leaders who came to power after the revolution were modern-minded people, determined to modernise and industrialise China.

They were communists, but their communism was of a very different kind from that of the Russians. It was basically anti-feudal, and indeed, feudalism was smashed under their leadership.

Today, China is, in fact, the second superpower in the world, a seemingly miraculous transformation in less than 70 years of a poor country which was once booted around by Europeans. In all the three examples I have given, the modernisation and industrialisation of the countries were not done by democratic means but by modern-minded dictatorships. What was common in all these three examples was the destruction of feudalism forcibly — not by votes.

Also, the military played a prominent part in all these three instances.

Mustafa Kemal was himself an army general and he was supported in his drive to modernise the country by his top army officers like Ismet Inonu (who succeeded him as the President in 1938).

In Japan, a new national army was created after the Meiji Restoration, based on universal conscription, and the armies of the daimyos were abolished. This new army was firmly subordinate to the new modern-minded leaders.

In China, the Red Army created by the communists was a new kind of army, led by the same persons, who were also the political leaders.

It is important to note that the military leaders in all these three countries were progressive, patriotic people. Had they not been so, the countries could not have been modernised.

So, it is not any kind of military leaders who can modernise the country.

Having related examples of how three countries modernised themselves, we come back to the central question posed at the beginning of this article: how can India and its neighbouring countries become modern industrial states with their people enjoying a high-standard of living?

For that, our main objective must be to forcibly destroy feudalism in all its forms, including the feudal mentality and feudal customs and practices.

I have no readymade answer as to how this is to be achieved, but it is evident from the above discussion, and the three examples given above, that parliamentary democracy, far from bringing about a radical transformation, will ensure that progress of our countries is blocked and feudalism in various forms — casteism and communalism — continues.

Therefore, the only way out is for the progressive, patriotic section of our people to use their creativity to find an answer and an alternative to parliamentary democracy. An alternative that can destroy feudalism and enable us to rapidly move forward, industrialise our country and give our people decent lives. That is the historical duty and responsibility of every patriotic citizen.

Also read: So, who brought Parliament down?