NYAY is a well-meaning scheme but also a hasty move. Here's why

In India, poverty figures have varied — and thus become controversial. The latest to add to the debate over the number of poor is the global Multidimensional Poverty Index (MPI) released by the United Nations Development Programme (UNDP) and the Oxford Poverty and Human Development Initiative (OPHI), which says a total of 271 million (27.10 crore) people in India have been pulled out of poverty over the last 10 years — 2005-06 and 2015-16. 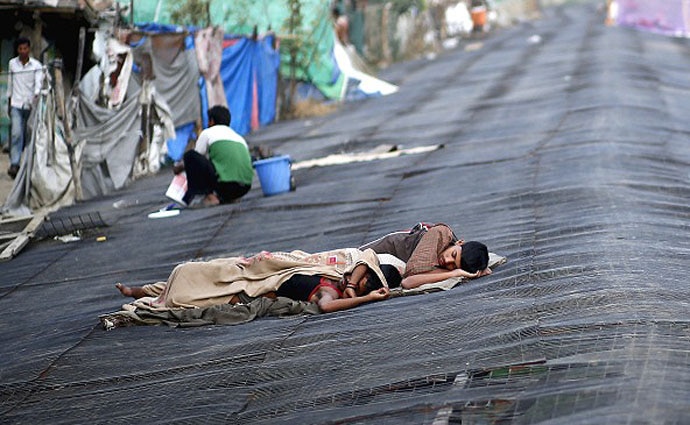 No. They're still out there: The govt must have policies that ensure total elimination of poverty. (Source: Reuters)

The global MPI covers 105 countries in total, home to 77% of the world’s population, or 5.7 billion people. Of this proportion, 23% of people (13 billion) are identified as multi-dimensionally poor.

The MPI report states that across the 640 districts in India, the poorest district is Alirajpur in Madhya Pradesh, where 76.5% are MPI poor.

For five of these 10 years, the Congress-led United Progressive Alliance (UPA) government was in power.

The average GDP growth rate during the UPA period was about 7.6%. While the MPI figures are both startling and, for some, shocking, it is well known that Indian poverty rates are significantly lower than that presented in the MPI.

If the MPI figures are to be believed — and if indeed, 271 million people have moved out of poverty over the past 10 years — then this augurs well for India.

Another way to look at economic figures is worked out by Jawaharlal Nehru University Economics professor, Dr Jayati Ghosh.

Ghosh takes a hard look at the Congress’ minimum income guarantee (MIG) scheme. Unlike the MPI indices, the Socio-Economic and Caste Census conducted in 2011-12 did not even attempt to measure the incomes of households. Instead, it used a variety of other metrics to estimate multidimensional poverty, which, in turn, became the basis for identifying possible beneficiaries of schemes intended for the poor. Lost in despair: The fact is, the highest number of global poor are still Indians. (Source: AP)

Ghosh points out that incomes are extremely hard to measure or estimate. The few surveys (such as the Indian Human Development Surveys) have tried to measure income for a much smaller sample that requires additional estimations from investigators. In any case, incomes change over time. Those who were classified as poor in 2011-12 may not be so today, while others may have become poor in the meantime.

Matters become difficult for self-employed workers — currently around half of the workforce — because measuring incomes becomes even more difficult, if not impossible. To establish the bottom 20% would require estimating the incomes of everyone, a logistical nightmare, and an administratively expensive and oppressive process.

In other words, provide good quality public services, including health and education to all, including through a significant expansion of regular public employment in these services; provide 100 days of work at the minimum wage to all adults; and provide universal non-contributory pension at half the minimum wage to the elderly and those who cannot work because of disability.

With all these indices, this combination would be much more democratic because it would be universal in scope, with self-selection in work driving employment in public works programmes.

Contrasting this holistic method to deal with poverty, want and viable work shows that hastily, though well meaning, packaged solutions, must be based on viable data and inclusive workforce figures. The Rahul Gandhi NYAY Plan is one such proposal for an income scheme — it should be made comprehensive and universal, for it to be really effective when implemented.

Such an approach can indeed help fight poverty full throttle.

The political class would do well by taking on board all useful and articulate suggestions to meet the needs of the rural and urban masses.