I'm one of Shah Rukh Khan's biggest fans. I can't bear to see him silenced

The superstar's fans have never seen him merely as a Muslim acting in India.

"Don't let your fears become boxes that enclose you. Open them out, feel them and turn them into the greatest courage you are capable of."

Words like these leave a great impact on the readers and listeners. They instil a fire within you - the fire to be fearless and chase your dreams.

And when these words come from someone who hasn't just said them for the sake of it, but has "lived" them, then the impact that they have on you is tremendous.

Who could have put the need to overcome fear in words better than King Khan, Shah Rukh Khan? You may know him as the Badshah of Bollywood, but there is more to him than the tag of being Bollywood's cynosure. He personifies hard work, dedication, and success - and does that brilliantly - so much that he has "inspired" many to dream big, be brave, and take chances to make their life the best version of what they could have ever imagined.

You cannot really live in India without being influenced by Indian cinema. The love for Bollywood's boisterous flicks hits you the moment your mother turns on the television, and you get hooked onto it as a toddler. You grow watching peppy dance numbers, mimicking the antics of your favourite actors.

I was quite a Bollywood buff during my teenage years, I was fascinated with many stars, particularly the Khans of Bollywood. While I admire all the three Khans, Shah Rukh and Salman are my most favourites of all the brilliant actors that the country has today. I still can't decide who I admire more: Shah Rukh or Salman. Perhaps, I will never be able to decide that.

As far back as I can recall, there is hardly any Shah Rukh movie that I haven't watched. I was just nine years old when Shah Rukh with his debut serial, Fauji became a household name. A boy-next-door. In his debut film, Deewana, he threw his arms wide, an act that was to become synonymous with his performances in later years. It was during the song, Aisi Deewangi. And there's no doubt about the fact that Deewana did act as a catalyst in his career, and shot him to overnight fame. There has been no looking back for him after his debut. He went on to deliver some of the most memorable blockbuster successes such as Dilwale Dulhania Le Jayenge, Dil To Pagal Hai, Kuch Kuch Hota Hai, Veer-Zaara, Kabhi Khushi Kabhi Gam, Kal Ho Na Ho and I have watched all of these several times - enjoying every second with the same excitement as I did the very first time.

His stellar performances in movies such as Devdas, Swades, Chakk De, Dil Se and Raees proved his acting prowess more than ever before.

Such is my obsession with Shah Rukh movies that I ensure that every long-haul flight that I take from India to America is an Air India flight so that I can enjoy Shah Rukh's movies during the journey.

And then there are two very emotive dialogues from Shah Rukh's Om Shanti Om that I can never forget:

I can go on and on with such dialogues, but to admire Shah Rukh's work would still take millions and millions of words to be fathomed.

Just like Shah Rukh is one of his kind, so are his fans. Our admiration for him knows no bounds. So much so that he life influences our life's major decisions. As my son was born in the USA, I got to know about his gender during my pregnancy only, and as soon as I got to know that he will be a boy, I told my husband that I want to name him Aryan - after Shah Rukh's son. And so we did - because for me Shah Rukh is not just an on-screen hero, he is an off-screen hero as well. 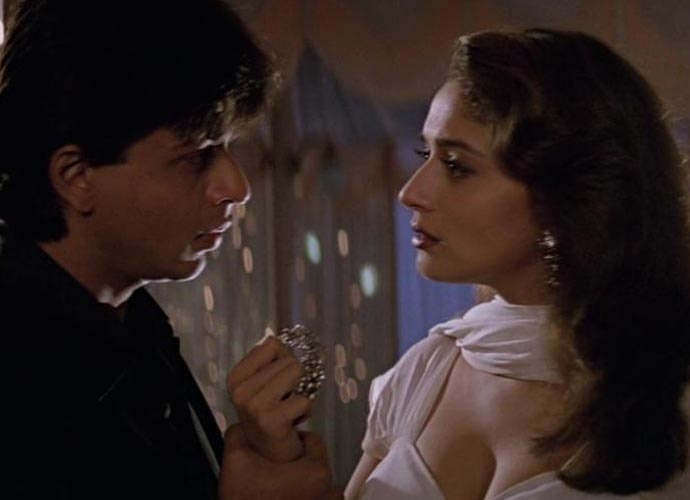 He was the perfect son to his parents, and still remembers them - there's hardly any interview or piece of writing about Shah Rukh where he hasn't given a mention of his parents. He is also a devout lover who married his girlfriend even before his stint in the city of dreams began. Till date, his marriage with Gauri is strong as ever in a world where marriages take no time to turn tumultuous. He is a doting father who has never let religion come between love. At his home, next to the idols of Hindu gods, the holy Quran is placed. His children follow both Hindu and Muslim religions and with pride. He also is an ideal brother who takes care of his sister just like his parents would have.

To his fans, Shah Rukh Khan is the perfect being.

Today, Shah Rukh has an estimated net worth of over $600 million as per media reports, but his fan following runs into many, many more millions. Today, he has a lavish house "Mannat" in Mumbai's Bandra, and owns several luxurious properties across the world. But there was a time when he used to sleep on roads; there was a time when his income was merely Rs 50. He has definitely come a long, long way.

With a boy-next-door image and ordinary looks, he went on to become the Badshah of Bollywood and the King of Hearts. Who could have stopped him? The man had faith in his dreams. And that was all he had.

He didn't have to toil as Shah Rukh did, for Amitabh's father was the legendary poet Harivansh Rai Bachchan, who himself was a close associate of India's first Prime Minister Pt. Jawahar Lal Nehru. With strong bonds with the Nehru-Gandhi family, where Amitabh's mother Teji Bachchan was a close friend of Nehru's daughter Indira Gandhi and Amitabh being a close friend of Rajiv Gandhi - Amitabh's childhood and background were less than ordinary.

On the other hand, Shah Rukh who lost his parents when he was very young, led an early life full of hardships but chose not to succumb to them, and eventually moved up in the world.

In an era where romantic heroes were ruling the industry, he starred in movies like Darr and Baazigar and broke the stereotype that actors can only be protagonists. Perhaps, he is the only actor who became a superstar starting his film career with characters having grey shades.

He chose new paths, travelled new roads to success, and became what nobody could ever become.

While we were busy cherishing the acting talent of this man, he acquainted us with another bright side of his - his way with words. Time and time again, his speeches inspired us. Be it his speech at Yale University in the United States, his speech at University of Edinburgh in the United Kingdom or his TED Talk in Canada - he has shown us how someone can be inspirational, philosophical, witty, humorous and introspective all in a single conversation. 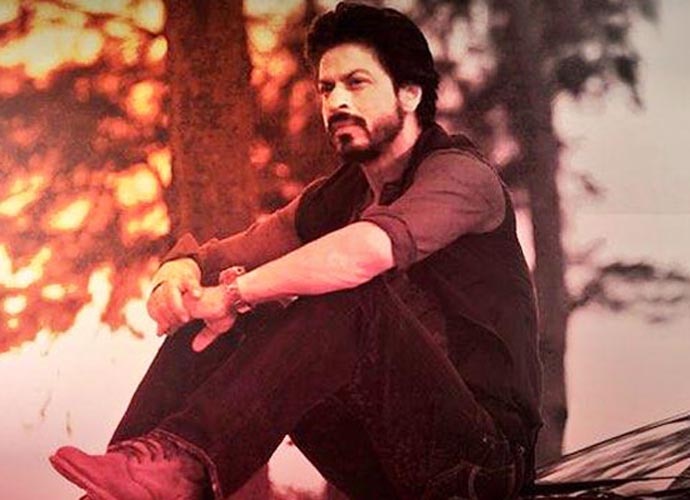 But over the course of the past three years or so, we have not heard much of his splendid gift of repartee. Why is there so much silence around this man of intellect? Why don't we get to hear his opinions as much as we did in the past? He's an intelligent man. He's someone who can talk not just films, but also on various topics and issues. Ever since his voice was suppressed by the extremist elements, and his movies suffered because the propagandists deliberately misconstrued his words, he has lapsed into silence.

Someone who has inspired millions of people was labelled as an ISI agent, disguised Islamist, terrorist sympathiser by the right-wing extremists and was asked to leave India and go to Pakistan. The "Rahul" and the "Raj" that we knew, suddenly became Muslim Shah Rukh's unwanted, uncherished roles.

I remember how during my visits to countries such as Malaysia, Hong Kong, Indonesia, Italy, Greece, UK, UAE, people often ask, are you from Shah Rukh's India, and I smile and say yes. The most recent was last December in Langkawi where Shah Rukh's songs were loudly being played in one of the local markets. The recognition that he has brought to the country through his massive contribution to the entertainment industry couldn't be taken away from him. He is a global icon, a loved actor, and will always remain so.

For the past 27 years of seeing him on-screen, his fans never thought that we are watching a Muslim, acting in India for us, he was "our" Shah Rukh Khan and nobody else.

So, no matter how much the trolls may want to snatch him from us, they can't.

Just want to say to the man of wit and wisdom - please speak more. On your birthday today, I wish we see more of you.

#Extremists, #Indian cinema, #DDLJ, #Bollywood
The views and opinions expressed in this article are those of the authors and do not necessarily reflect the official policy or position of DailyO.in or the India Today Group. The writers are solely responsible for any claims arising out of the contents of this article.