Concerns are expressed now and then that our higher education is in shambles. Even the TSR Subramanian Committee report says it explicitly. We have everything it takes to be on par with the best in the world, but we continue to sink. Surely, there must be reasons for it.

The intriguing thing is that those reasons don't interest many. Mammoth exercises to reform education are undertaken. Laudable policy frameworks and action plans are crafted. But the proverbial tail of the dog refuses to unfold itself into linear dignity.

Universities grow into centres of excellence when they are imbued with a sense of larger purpose. Greatness is not a matter of physical size or material abundance, as is assumed in Prime Minister Narendra Modi's plan to allocate Rs 10,000 crore to 20 universities to enable them to meet global standards in education. While physical amenities and generous funding help, they are no substitute for inner motivation, nobility of spirit and greatness of purpose.

To understand where and why we are stuck, an analogy could help. Politics can be a sphere of greatness or of pettiness. What makes the difference is the character of the people. For politics to be dignified, it needs to be understood not as a sphere of self-seeking expediency, but as a nursery for realising the potential of a people. Lacking this, a society slides into stagnation and people begin to develop the delusion of having arrived, only because nothing challenging happens. Absence of momentum, or turbulence is mistaken for perfection. At the same time, the vacuum this creates is filled with pettiness and intrigues. 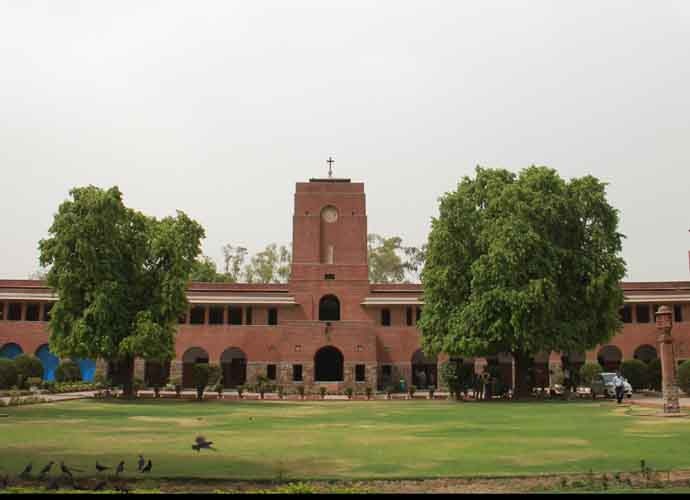 What has evaporated from the domain of higher education is the eagerness to give birth to ideas and nurture human stature. The osmosis between our institutions of higher education and our lived realities is now totally blocked. Education is undertaken either as a means for supplying limited-skills manpower to job markets, or as a means for providing livelihood to an army of apathetic, poorly motivated teachers.

This was among the concerns that bothered me on assuming responsibility for St Stephen's College. By 2007, I had seen the higher education sector first-hand. I had visited, through a stint in the National Commission for Minority Educational Institutions, colleges around the country and interacted with stakeholders in minority education in diverse contexts. I was disconcertingly aware of the rot that had set in and the intellectual morass camouflaged under pretensions of excellence.

When I came back to St Stephen's, the college was in a state of chronic intrigue and internecine faculty politics. Teachers were polarised into two hostile camps, each led by a faculty member fighting hard for total control, using his/her camp followers as battle formations.

During the Anil Wilson era, one of the factions had managed to overpower the other, reducing the leader of the worsted faction to a nervous wreck. I used to visit the person concerned in the hospital every now and then. I decided that I would have nothing to do with either of the two blocks. So, I picked my administrative team freely, crisscrossing the battlelines.

I found myself in a minefield right away! I was plagued by dogfights in which members of my team would engage each other every now and then for flimsy reasons. Everyone wanted to be the principal. And all of them resented that I was not willing to be the proverbial rubber stamp. So, the warring factions united and decided to teach me a lesson.

I was not interested in the lesson on offer. I was focused on exposing the ugly underbelly of higher education and to see if the pettiness poisoning it could be exposed and cleaned up. My diagnosis was that the college was sick because of the intellectual mediocrity to which it had sunk. I began to drum up the need to shore up academic standards. This made many insecure. They reacted, in self-defence, and caricatured me as ineligible and incompetent. So, how dare I expect merit from any one, being unmeritorious myself?

St Stephen's College is an invaluable case study. Arguably this is one of the finest among the 42,000 colleges in India. So, a factual anatomy of its internal decay, fully backed by verifiable sources and references, apart from freshness of public memory regarding the events dealt with, should interest all who want to know why, despite our good intentions, we are stuck in mediocrity in education.

On a Stormy Course: In the Hot Seat at St Stephen's documents not just the events that comprise an eight-years-long unmatched turmoil in an institution of higher education, but also affords the reader a peek into the cauldrons of those upheavals. It answers why and where education reforms are hindered on the ground. It exposes a system that degrades, soon enough, even the best talent put into it, into an embodiment of mediocrity, if he doesn't exit the system in good time. It silhouettes the injustice done to the best of our students who come from all over India. The book is a lament over a national waste, which it is in nobody's interest to mask.

On a Stormy Course is, therefore, only nominally a personal memoir. It is, more accurately, an anatomy of higher education in terms of its ground realities, putting the very best under scrutiny. I couldn't have made a greater or more relevant contribution to the cause of fortifying higher education in India.

I have heard many say, "Ah, you dragged the college in much turbulence". Of course, I did. What is preferable, may I ask? A spell of upheaval because core issues are debated and the texture of the institution strengthened, or a spell of stagnation - wholly free from public tremors - through which the institution is degraded?

I leave the choice to my readers.