Twitter is toxic for women, and they too are responsible for it

Other than threats violence, there are not many things that men practise online that are not supported and promoted by legions of women.

Is Twitter toxic to women? The recent report of the Amnesty International, based on a survey with 1,100 British women, Toxic Twitter, examines the “scale, nature and impact of violence and abuse directed towards women on Twitter. Every day, women face violent threats, sexism, racism and more on Twitter. This abuse is flooding Twitter, forcing women out of public conversations – and at times, driving them off the platform. The abuse can be more intense for women of colour, women with disabilities; lesbian, bisexual, trans women, and non-binary people.” 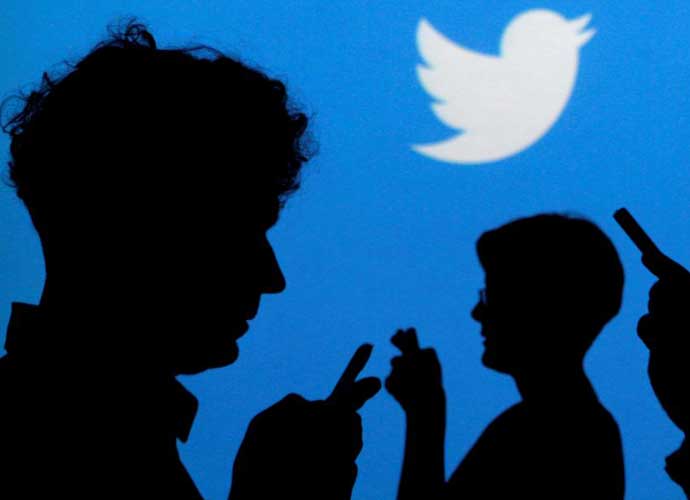 I’ve been a victim of online trolling, hate, abuse, harassment, misinformation and threats; you name it, and it has been done to me. And I survived it all, doing what most of us who face online trolling and abuse do: laugh, ignore, mute, block. It all started in January 2014 when my name became part of a “sensational” Twitter fight. Over a period of two days what I experienced left me shocked, at times bemused, but mostly, very disturbed.

To see my name in TV tickers, Twitter timelines and newspaper headlines was disturbing on so many levels it makes me recoil in shock and horror even today. I was accused of being a spy, an adulteress, a home-wrecker, and later, a desperate woman, a stalker, a woman with loose morals. All those tags were given to me by a woman, and all I did in response was either stay silent, or answer in mockery. Before and since those two days, I’ve never attacked a woman’s character or her choices. What I faced then, and do even now, albeit very rarely, when I was abused and hated on Twitter, the initiator was a woman. Most of those who supported her were also women.

Now four years later I look back at it all, and it still makes me go still within. What happened to me was the stuff of online nightmares, and it continued for days, weeks, months, in varying degrees, with altering intensity. Shock and grief make people react in strange ways, and lashing out at strangers on Twitter without knowing facts, without verification of information, without covering all sides has become the new norm of expression of sorrow and rage. There are no rules, there are no limits, and there is only one endgame: annihilation. Not all of us give in, not all of us are destroyed, but the toll it all takes is something that takes away a great deal of the trust you once had in the goodness of people. Most of the time, you never learn to trust again. The new wary, cautious self moves on, making its own rules of existence on Twitter. And in my case, all of them have worked, positively, and almost consistently.

I survived online abuse and harassment to become stronger. And unlike how most people react in such situations, I learnt to be more patient, more forgiving, and perhaps, a tad nicer.

My Twitter existence – my main form of interaction with the world as a woman with opinions, a columnist, an infrequent TV commentator and an author – primarily works on one simple rule: I am on Twitter as I am off-Twitter. I like people, I’m a glass half-full type of a person, I don’t get into fights with people I’m friends with or stop being friends with, I don’t shred to bits people I once knew, I take responsibility for all my actions, I love animals, I love books, movies and TV shows, I care about refugees, and people’s pain makes me cry. Most importantly, I don’t abuse anyone, and I don’t attack anyone ad hominem. My son, 18, told me to ignore and not engage with trolls and abusers when he was 12. I didn’t take his advice very seriously, but once I started to, my Twitter life became just what it should be: a platform where I can access ideas and information from across the globe, and reach out to people. Twitter connects, and no amount of virtual bad would ever undo the huge good that Twitter does.

The only reason why I decided to write this today is simple: if Twitter today is toxic it is NOT only because of the bad stuff men do online to women. Other than threats of rape and violence, there are not many things that men practise online that are not supported, endorsed, promoted and hailed by legions of women. I won’t even quote examples of international women celebrities who have faced brutal online trolling, I’ll simply stick to my own example. I am an ordinary woman who because of a tremendously tragic event became a known name to people, and the aftermath was inexplicable. The amount of graciousness, warmth, positivity, empathy and friendship I received from strangers has been an equaliser for the abuse, hatred and name-calling that was thrown my way. What I noticed: each abusive tweet from a man was hailed, retweeted and liked by not just his like-minded flocks of men but by many women. That is how toxic Twitter becomes doubly toxic.

And they are not all unknown women, anonymous females. They are celebrities, writers, women rights activists (O the irony!), politicians, wannabe politicians, journalists, housewives, students, and I’ve been at the receiving end of the vitriol of all of them, hence making this not something that happened to so and so but a firsthand account. I question a political ideology, I am a sl*t. I criticise an unsubstantiated attack on someone, I am a wh*re. I object to someone’s trashing of someone, I am a home-wrecker. I object to gratuitous belligerence of some Indian politician or journalist towards Pakistan, I’m a spy. I advise someone not to use inflammatory language about/with a fellow Pakistani, I am the one who had an “affair” with an Indian politician. Tags linger.

And all of this is done not just by men but also by women. Toxicity on Twitter may be engineered by males’ no-rules warfare against all who oppose their ideas, but – other than in cases of threats of death, rape, violence – in its exacerbation is the also the hand of women.

The toxicity is fought in myriad ways. While Twitter should simply suspend for good accounts with threats of sexual and physical violence, the rest is mostly stuff we see every day and are well-equipped to deal with. I poke my nose, or in the case of Twitter my words, into tweets that demean or attack women. I argue with people from both genders not to abuse anyone. I mute, block or report people I see engaging in abusive behaviour with anyone, even people I’ve never heard of, people I don’t know. I make it a rule not to answer abuse with abuse. And that goes for everyone I see online.

Women will only be able to rid Twitter of its toxicity if they are not part of the problem. Women movements like Me Too and Time’s Up gained momentum when women united to fight the taboos of silence and shame. While waiting for men to change, to not abuse, harass, threaten, and target women online, what women can do is change the way they deal with the bad online. Courage is not being abusive. Freedom of expression is not giving it back as viciously as possible. Standing up for your rights does not require stooping low. Fighting for your rights is an act of nobility that does not mean stripping yourself of your dignity, your values.

An abuse for an abuse is making Twitter toxic. Do you, as a man, pledge to do your part to not let “men will be men?” Do you, as a woman, pledge to do your part to stop men from sullying the nobility of a fabulous platform that provides space for engagement, discussion and debate, spreads the message of empathy, raises awareness for causes ignored by mainstream media, and connects people in pain and joy? All you need to do is not do what you see others do, what men do.

Dignity of expression and grace in disagreement, one tweet at a time, as your own statement, as a reaction, as an argument, or as a tool to stop someone from abuse, and before you know it your toxic Twitter will be on its way to reformation, recovery and rehabilitation.

#Trolling, #Online abuse, #Social Media, #Twitter
The views and opinions expressed in this article are those of the authors and do not necessarily reflect the official policy or position of DailyO.in or the India Today Group. The writers are solely responsible for any claims arising out of the contents of this article.