Why WhatsApp crash didn’t grind my life to a halt

I read on Twitter on the afternoon of November 3 that WhatsApp was down. It triggered a panic among many — not I — and within minutes there were 30 news reports on how the instant messaging app had crashed across the world. It was back within minutes, of course. Everyone breathed a sigh of relief. A news channel even flashed this information on its Aston. I could not care less. Had I not been on Twitter, aimlessly scrolling, I would have never found out. That’s how much I care for WhatsApp.

It’s not that I hate it, but it’s something I can happily live without. Most of the time, WhatsApp is that annoying voice inside your head – constantly chattering despite my repeated attempts to mute it, and mostly providing me with nothing that can better my life.

It wasn’t always so. Back in 2012, when I graduated to an Android device, WhatsApp was a primary motivation. SMS had just been made limited by an absurd government order in the attempt to curb Dr Batra advertisements (among others). Finally, I could use a feature expensive multimedia charges had always discouraged me to – and send photos and videos over it. All was great.

Then it took a turn for the worse. 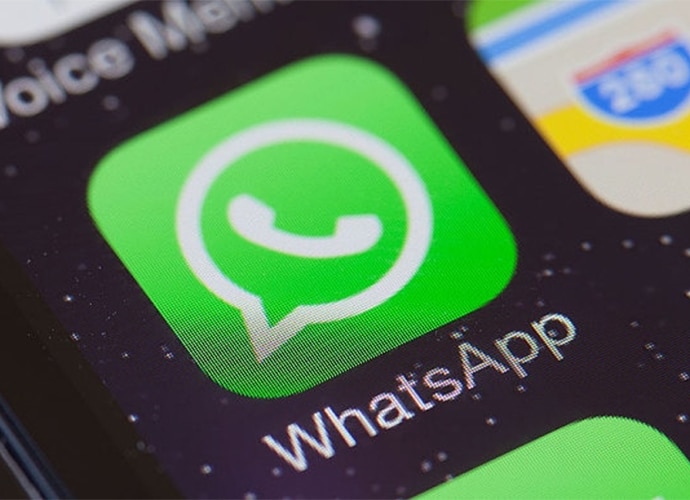 Over the next few years, WhatsApp, now one of the most battery-draining and frequently used applications on my phone, was becoming a taxing. The forum that I would once use to happily connect with friends, send them memes, voice notes and terrible videos, had now turned into a bad collection of groups that had to be put on mute because people just do not stop talking. I admit I was one of them, once upon a time. But sometimes, you do want your phone to not poke you like that annoying nephew who always wants to play, especially when you have a migraine attack.

WhatsApp was yet to reach its worst. One fine day, my parents decided that their old Nokia Symbian 40 phones just wouldn't do. I was happy. My parents were embracing the future. In a fit of excitement, I helped them buy affordable Android devices. Now they too had WhatsApp on their phones. Things were still fine. My mother would ritualistically send me a “good morning” text, even if I was only a few metres away — very much under the same roof. This was something she had never done with SMSes. I should have seen the signs for what they were.

One by one, all my middle-aged uncles and aunts started getting smartphones. One evening, after I plugged in my dead device into the charger and switched it on, I discovered to my horror a group with about 20 people; all of them relatives.

And then came the deluge.

Every morning I would wake up to multiple good mornings. Then came the off-colour humour. Bad Bengali memes. Awkward selfies. And worse jokes. At a family gathering, I was harangued by a couple of my uncles on how I should participate more in this group; after all, this was family fun time. I made a flimsy excuse and ran for my life.

WhatsApp decided to test my patience, just that much more. In 2014, the instant messaging app introduced possibly the worst thing it could have: the blue tick. For those who had, in fact, disabled the “last seen” feature on their app, this brought fresh hell. WhatsApp absolutely wanted to ruin relationships. The fact that I could very well ignore texts and pretend that I had not seen them was no longer available to me.

By 2016, the app became just another one on my phone. Even though I willingly installed it with every new device I purchased, it almost felt like bloatware at this point. It was like I had no choice but to have the application. People had forgotten SMSes. They mostly communicated using WhatsApp. From my electrician to my plumber, most could be reached over this app, and not on call.

Sure, the world was progressing, but only in one direction. This progress required my absolute dependence on the app. I would not have that. Not that I could do anything about it. Not then.

At some point, I just stopped checking that app’s notifications. Sure, that meant I did not chat more often with my friends on text. It also meant a lot of people got miffed about my supposed lack of interest in interacting with them. I did not care. I am all up for chats, but I’d rather do it over Skype, calls or better still, in person.

Nowadays, mostly because I am a lazy person, the only texts I choose to respond to are the ones sent to me on Facebook Messenger or Twitter DMs. They are two permanent fixtures on my desktop. If one does, however, text me on WhatsApp, I really hope for their sake that it is nothing urgent.