There are more similarities than differences that Indians of different religions share.

People often ask me where I’m from, and this takes us on a fun journey around the country. It goes something like this:

“Where are you from?”

“Well, no, I’ve just lived there the longest.”

“How many places have you lived in?”

They finally give up and ask, “Where are your parents from?”

“Uttar Pradesh, but it is only now that we’ve started living there, and then, it's actually part of Delhi-NCR.” 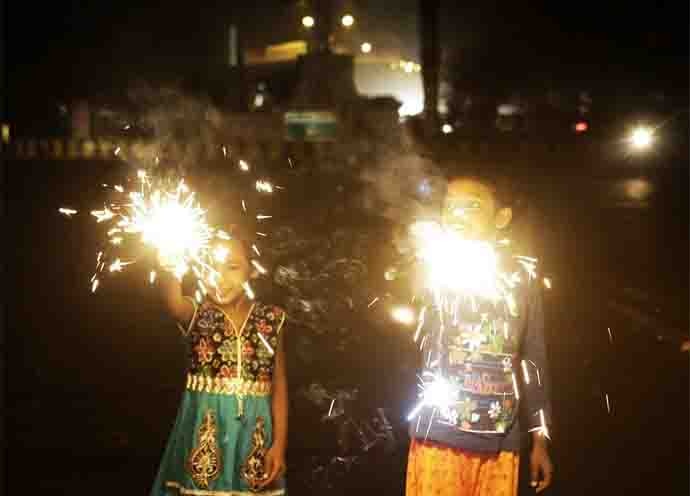 Celebrating innocence. Not so long ago. (Credit: AP Photo/representational)

Since I was a child, my family has moved very often. I’ve studied in nine schools which meant a lot of friends from around the country. The best part of this, especially as a child, was getting to celebrate a number of festivals in many different ways.

Yet, Diwali has always been special to me. Even now, when I spend most of the evening comforting my dogs because of the firecrackers, the rest of the day is really fun.

My fondest memories of Diwali are from my time in boarding school. Just before the school would take a break for the festival, there used to be a massive mela that children from other schools and parents would also visit. The night before the holiday, there would be a bonfire in the main field and all of us would gather around to light fireworks. We weren’t allowed to have any cash. So, it was always a mystery how the crackers came into our possession, but even the teachers would turn a blind eye on that day.

At the time it did not matter which religion a child belonged to, we were all part of a big family. That is how it was for the rest of the year too.

All of us celebrated all festivals together and we got special dinner, which was the cherry on the cake to us perpetually hungry kids. 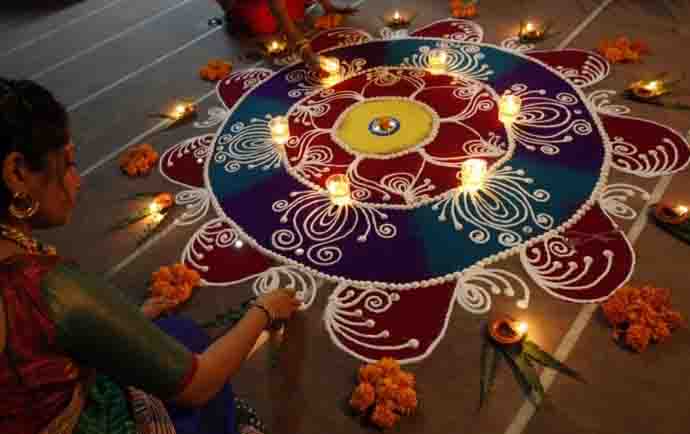 After the mela, the children whose parents had reached or those who had the permission to go over to their friend’s home would leave. The rest would remain in school. Often when stayed back, we had a great time – wake up a little later, spend the day either in the sun or doing something fun in the dorms. It was great.

And of course, there were kids from every religion there.

In a particular year, I was allowed to go to a friend’s place over the Diwali break. That was one of the best holidays. Most of our days were spent chatting and cleaning the house. There were many visitors who brought over sweets that we gobbled down quickly.

On the day of Diwali, we lit diyas around the house and watched her mum make beautiful rangoli patterns. There was a Pooja in the evening and many more sweets.

Diwali has always been special in our own home too. The tradition of lighting diyas that my grandmother religiously followed and we continue to do so. The years I was able to spend the festival of lights at home, the days before were always spent visiting friends’ homes with sweets. On the day of the festival, we would go out to a couple of friends' homes. Often, my parents’ friends would go together visiting each other. Let us all spread light and happiness. (Credit: AP photo)

Growing up as I did around the country, different was something I was used to.

It was what I always was and yet, I was always welcomed. As children we knew there was no need for differences to divide us.

Perhaps it is how I saw it because that was what I was brought up with.

When I first went to a new school in a new city (and state) I couldn’t speak the language. Yet, I soon made friends. They would ask me about my experiences and I would ask them about theirs. Our curiosity led to friendships. The old Doordarshan ads about unity were a great hit back then, we didn’t have any other channels.

As an adult, I see differences as something interesting I can learn more about. In a country like ours that is filled with differences in every conceivable way, celebrating them is the key. 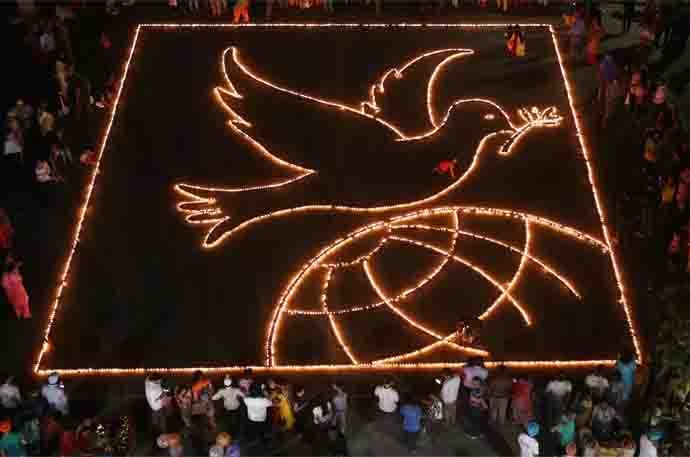 So many more festivals to celebrate together. (Credit: Reuters photo)

Taking part in different pujas has made me learn the similarities that Indians of different religions share. It is what binds us together, the culture of thousands of years of living together in harmony.

Of course, this just means that we have so many more festivals to celebrate together.

Also read: Once upon a time on Diwali: How I discovered Mumbai and myself

#Religion, #India, #Festival of lights, #Diwali
The views and opinions expressed in this article are those of the authors and do not necessarily reflect the official policy or position of DailyO.in or the India Today Group. The writers are solely responsible for any claims arising out of the contents of this article.