Why I don't agree with Supreme Court's reasoning to decriminalise adultery

Most people here regard having sex with another man's wife as horrifying, highly immoral and deeply offensive.

Two important judgments were delivered by the Supreme Court recently. In my opinion, one is correct, and the other isn't.

In Navtej Singh Johar vs Union of India, the court narrowed down the section 377 IPC by decriminalising gay sex. I think this decision is correct, because it is the duty of the court to protect individual liberty, which would include the rights of the LGBT community.

However, I have serious reservations about the second judgment, Joseph Shine vs Union of India, by which the Court declared section 497 IPC — the law against adultery by men — to be unconstitutional.

Section 497 states that it is a criminal offence for a man to have sex with another man's wife, without the consent of her husband. 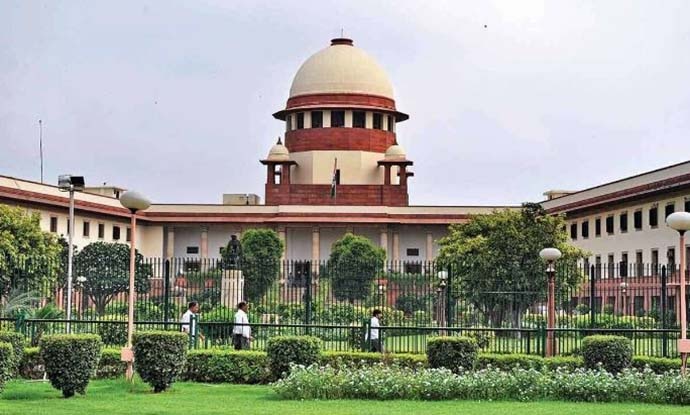 Adultery not a crime, but a probable ground for divorce: Who decides what's a crime and what isn't? The Supreme Court? (Photo: India Today)

The reasoning given by the judges for striking down section 497 can be summarised as follows:

The right to privacy had been held by a 9-judge bench of the court in Justice K Puttaswamy vs Union of India to be part of Article 21 of the Constitution of India.

Even though a married woman who has sex with a man who is not her husband may not herself be incriminated by the act of adultery, the statute in effect acts as a powerful deterrent to her having sex with whomever she wants.

Thus, the Section prevents women from living a life of dignity, which is implicit in Article 21.

My response to these is as follows:

Regarding point number 5, it is for the legislature, not the judiciary, to decide what will be a crime and what won’t.

Certain acts can give rise to both a civil as well as a criminal liability.

Coming to points 1, 2 and 4, the attack is on the under-inclusive nature of section 497. In other words, it selectively incriminates one group of people, or one nature of acts, but not others.

For example, a woman cannot be held guilty of adultery, though her paramour can be.

The answer to this criticism is that most laws are under-inclusive, but that by itself will not make them unconstitutional.

Also, there is a vital distinction between the section 377 case and the section 497 case. No one is directly affected if two persons are having gay sex, whereas in adultery, the husband will be outraged. A well-known example was Commander Nanavati who shot dead Ahuja for having an affair with his wife Sylvia.

For dealing with the complex problems that arise out of an infinite variety of human relations, the legislature cannot but proceed on some sort of selection or classification of the persons on whom the legislation will operate.

As observed by the celebrated Justice Holmes of the US Supreme Court, the legislature must be given some free-play in the joints.

Thus, in State of UP vs Deoman Upadhyaya, a Constitution Bench of the Supreme Court observed :

"In considering the constitutionality of a statute on the ground whether it has given equal treatment to all persons similarly circumstanced, it has to be remembered that the legislature has to deal with practical problems. The question is not to be judged by merely enumerating other theoretically possible situations to which the statute may have been, but has not been, applied.”

In considering them, it must be kept in mind that India is still a semi-feudal country, and not a modern country like the USA and the European countries, etc.

This is obvious from the casteism and communalism still prevalent in India. So while doing adjudication this factor cannot be ignored; and we cannot go by mere abstract notions of women's dignity, right to free sex, equality etc.

India is still a highly conservative country, and most people here regard having sex with another man's wife as horrifying, highly immoral and deeply offensive.

So to test the constitutionality of Section 497, this social reality of India cannot be overlooked. The SC has now embarked on a highly perilous path of judicial activism. (Photo: India Today)

A reading of the judgment in Joseph Shine's case reveals that the Supreme Court has totally ignored this aspect, and instead gone by its own subjective, abstract and theoretical notions of freedom, equality, dignity, etc.

Instead of observing the self-restraint, expected of a superior court, it has embarked on a highly perilous and unpredictable path of judicial activism, which can only raise a host of insuperable problems in future.

One is reminded of the behaviour of the US Supreme Court in the 1930s when, by using the self-nvented tool of 'substantive due process', it was declaring the New Deal legislation of President Franklin Roosevelt unconstitutional, something which almost brought the Court to disaster.

"All power is, in Madison's phrase, of an encroaching nature. Judicial power is not immune from this human weakness. It must always be on guard against encroaching beyond its proper bounds, and not the less so since the only restraint on it is self restraint. The Court must observe fastidious regard for limitations on its own powers, and thus preclude the Court giving effect to its own notions of what is wise and politic. That self restraint is of the essence in the observance of the judicial oath, for the Constitution has not authorised the judges to sit on the wisdom of Congress or the Executive Branch."

The court certainly has the power to declare a statute unconstitutional but, as pointed out by Justice Frankfurter in West Virginia vs Barnette, 319 US 624, “Since this power prevents the full play of the democratic process, it is vital that it be exercised with rigorous self-restraint.”

Moreover, there is always a presumption in favour of the constitutional validity of statutes.

As observed by the celebrated Justice Holmes of the US Supreme Court, "It is a misfortune if a judge reads his conscious or unconscious sympathy with one side or the other into the law, forgetting that what seems to him to be first principles are regarded by half his fellow men to be wrong.”

As observed by the Supreme Court in Govt of Andhra Pradesh vs P Laxmi Devi (Para 54), "Adjudication must be done within the system of historically validated restraints and conscious minimisation of the judges preferences ", and as held in State of Bihar vs Kameshwar Singh, "The legislature is the best judge of what is good for the people by whose suffrage it has come into existence."