The deadly virus can raise its head again and catch us unaware.

It was a usual morning for me on December 1. I got up and started my daily routine until the date rang a bell in my head. It dawned on me that it was World AIDS Day.

What struck me the most awas that it was the 30th year since we started dedicating the day to the fight against the disease.

I thought that if I, having worked in the field of HIV/AIDS for over 12 years, during the peak of the epidemic in the 1990s, could forget such an important day, how would someone not aware, interested or involved, remember it or even pay attention to it? 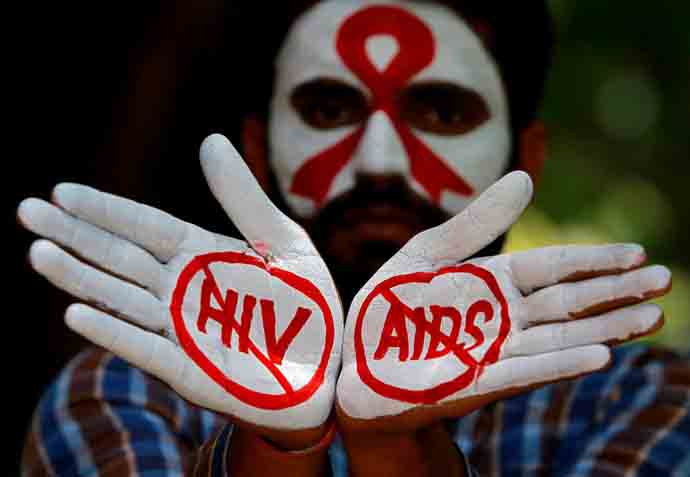 We cannot afford to drop our guard against HIV/AIDS. (Source: Reuters)

I sat down to ponder over the reasons. After some deliberation, I think I got my answer — it was unnerving, but true.

I think, we put our guards down believing the worst is over.

Thirty years sounds like such a long time. Thirty years of a virus living among us, which despite being tamed, continues to kill over one million people globally every year.

A virus that one in four people still don’t know that they have, a reality brought to the fore by the World Health Organisation.

Even though it is well known that HIV/AIDS can impact anyone, the related stigma runs deep — preventing testing and hampering the control of the virus.

As the epidemic subsided and reached a plateau around 2010 after years of unrelenting prevention, care and support initiatives; with new infection rates declining, focus of donors and policy makers shifted to other things.

I am wondering if that means the virus too shifted its focus?

No matter how smart HIV is, I don’t think it is smart enough to gauge this shift and turn to newer pastures. It was, and is still here.

You must have already read many articles and reports claiming a gradual increase in cases of HIV being reported from areas which were either not on the HIV map or had shown a decline over the last decade.

What does this mean?

In simple words, it means we became complacent; we started believing we have defeated the virus.

Going through these reports, mostly a week before the World AIDS Day, every year, I often wonder if we are undoing all the hard work put in to fight HIV/AIDS in the 1990s and early 2000. The fight against HIV/AIDS is not over yet. (Source: Reuters)

What do I want then?

There is a lot that we as individuals can do without looking at donors and governments for support. To begin with, let us just start talking about it again.

Before it hides itself behind the veil of silence and taboo once again, let us make the same noise that was made in the 1990s and early 2000. Let us give the most vulnerable people, the youth, for example, the information on HIV in schools and colleges, through websites and apps most frequently visited or used by them.

We need to popularise voluntary HIV testing just like laboratories do for X-ray and MRI scans on hoardings.

Ultimately, I urge the ‘Champions and Survivors of HIV’ to make use of social media and share their stories.

If we can have followers of blogs on the weirdest topics, why not on HIV?

Last but not the least, let us be responsible for ourselves and for our loved ones.

Let us not forget the virus is waiting for us to repeat the mistakes that we committed. Let us not give it another chance.

Also read: Why I strongly recommend you watch Holding the Man

Post your comment
#Aids, #Hiv-aids, #HIV, #World AIDS Day
The views and opinions expressed in this article are those of the authors and do not necessarily reflect the official policy or position of DailyO.in or the India Today Group. The writers are solely responsible for any claims arising out of the contents of this article.

The author started his career with Naz Foundation (India) Trust, the only HIV service delivery organization in Delhi in 1998. His professional and personal growth has been parallel to the evolution of some of the key early path breaking HIV interventions in India, including the first HIV clinic in Delhi, setting up home-based care services for PLAs, and district level positive networks. He was managed the first NGO run 30-bedded Care Home for HIV infected and affected women and children in Delhi set up by Naz India.