What Priyanka Chopra Showed at Met Gala: What PeeCee has that no one else does

Strong, independent, fearless, inspiring — there are only so many words we end up using, in various permutations and combinations, to praise a woman.

That invariably makes every woman around you, from celebrities to writers to politicians to your mother, well, strong, independent, fearless and inspiring.

Now while that is absolutely true to a great extent, there is still something that sets, say, a Priyanka Chopra apart from a Deepika Padukone, or an Aishwarya Rai Bachchan, or a Katrina Kaif.

Anyone who has been on Twitter even for 5 minutes last week knows that the Met Gala and Priyanka Chopra’s whimsical Dior ensemble have been making headlines. We have one half Netizens trolling her, comparing her hairdo to Lasith Malinga's or Veerappan’s moustache, or simply mocking her look. Almost all of them don’t understand fashion — and yet, they don’t mind taking on the role of a self-appointed fashion police. Will the real fashion police please stand up? (Photo: Reuters)

The other half is defending her — reminding everyone that it’s the Met Gala, they have a theme and it’s not your local shaadi.

This sparked an impromptu discussion at work, and a senior and friend to reminisce, “I remember meeting her once, very long ago in Mumbai. What struck me about her is that Priyanka is both regular and everyday — and oh-so-special at the same time!”

And that right there is the best way to describe her — regular, yet special — and not with those over-used clichéd adjectives we often fall back on.

For, of course, she is strong and independent.

Anyone who’s had the courage to chase her dream of becoming a global icon — and not just as a Bollywood or Hollywood actor, but as a singer, a social media influencer, a Goodwill Ambassador for UNICEF and more — and then turning it into a reality ought to be both strong and independent.

“She had said how she wanted to challenge the idea that family, marriage and kids complete a woman. That’s not true, she said,” my colleague went on, as if speaking the tongue of every 30-something woman in India today. What a fierce feminist, you’d think. Yes, she is. But then, she’s not averse to the idea of marriage either. Much like many of us. 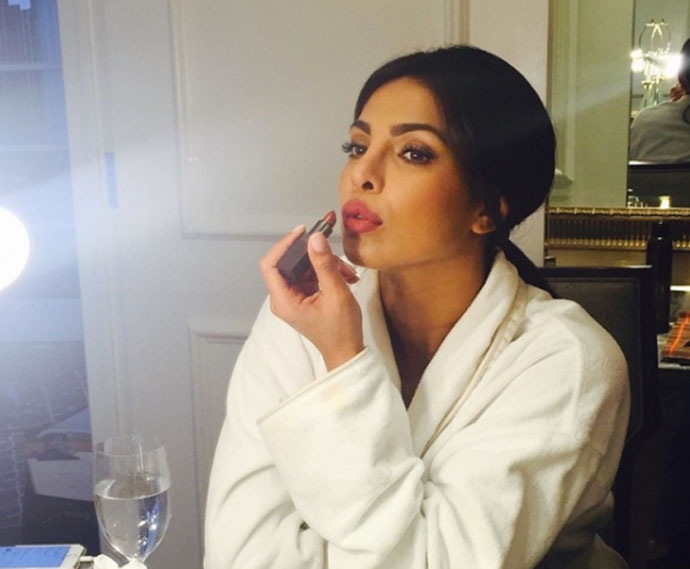 Did someone say something about lipstick? (Photo: Instagram/Priyanka Chopra)

Marriage is just another example.

Can I not be both a feminist and yarn for a fairytale wedding?

Does my Prince Charming have to be taller or older or the serious kind that gives me a complex?

Can I not fall for a guy who makes me smile and live happily ever after?

Is it anti-feminist of me to hope for a happily ever after? Or a Prince Charming, for that matter?

Priyanka Chopra redefined all of these. 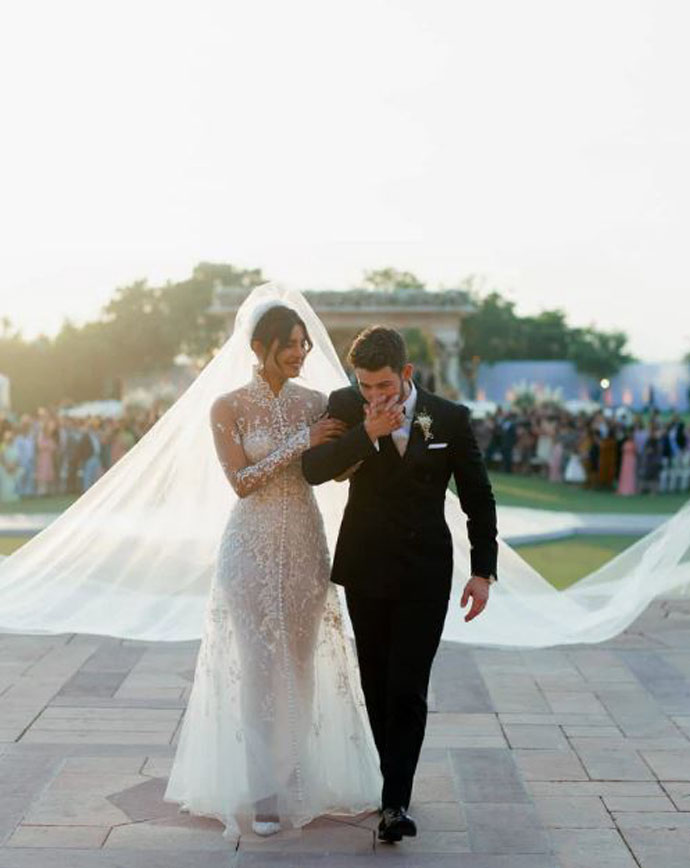 She wanted the longest veil. And she got it. What's wrong with that? (Photo: Instagram/Priyanka Chopra)

“I remember her saying quite strongly that she WILL get married. She wanted to,” my colleague added. Thank you, Priyanka for teaching us 30-somethings that I can be both a feminist and a romantic at heart! Even if that means having it broken a zillion times first.

Priyanka and her purported affairs have often been unearthed to be served up as a 'scandal' — lip-smacking, tangy, spicy, for the masses to lap up. Whoever her exes might have been — and however different or similar they might be to all our horrible exes — the heartbreak, the frustration of a relationship that didn’t work, the angst over all that time invested in vain, remains the same.

The one thing, however, that PeeCee has — and in abundance, perhaps way more than us or her peers — is the ability to get herself up, dust herself down and carry right on.

"I see your unflattering criticism and raise it by becoming a force to reckon with! Take that!"

And thank you, Priyanka, for teaching us to be your kind of badass! May you lighten many more Met Galas — and the Gala that is life itself!