Priyanka Chopra opted out of 'Bharat' for her wedding with Nick Jonas? Here’s how we read between the lines

No, the wedding has not yet been announced.

Actors bailing out of big-budget Bollywood projects have always met with sneers in the industry. But then, there is ‘international’ Bollywood star Priyanka Chopra, who excused herself from Bharat, a film set to set the box office on fire on Eid 2019; she may have stepped away from the movie right now but the frenzied nation has almost started shopping for the wedding-to-be-announced.

The Indian media is quite obsessed with Priyanka Chopra, the first Bollywood girl to have made it big in Hollywood; so much so that the length of her skirt, her American accent, her choice of dress at the Royal wedding, her long-forgotten (we remember) affair with Harman Baweja, link-ups with Shah Rukh Khan, Shahid Kapoor — nothing evaded our eyes. Not to forget, the latest buzz about Quantico and 'Hindu terror' for which the actor had to apologise to the collective conscience of the nation.

Here are a few quick read-between-the-lines around PC:

Nick over 'Bharat' over Quantico

A few months ago, before the Quantico controversy, it was speculated that Priyanka Chopra was bidding adieu to Quantico to come back to Bollywood, and be a part of the Salman Khan-starrer Bharat.

It was confirmed and reconfirmed by various people, including Priyanka herself, that Bharat, soaked in the fervour of patriotism, will indeed be her comeback film. There were interviews about how Priyanka so loved her character in Bharat and, with a lot of precision, had decided to sign the film to end her ‘Missing in Action’ spell in Bollywood.

According to people busy tracking every movement of this Bhai movie, Priyanka was supposed to start shooting in August.

But then, this happened.

Yes Priyanka Chopra is no more part of @Bharat_TheFilm & and the reason is very very special , she told us in the Nick of time about her decision and we are very happy for her ... Team Bharat wishes @priyankachopra loads of love & happiness for life ????????????

And the director of the 200-crore film, Ali Abbas Zafar, can’t contain his happiness. He can go down in the history of Bollywood as being the very first director who was overjoyed as his leading actor quit his film for a very “special reason”.

There is another reason to remember him, obviously apart from Bharat.

Now that there will be a volley of memes and jokes, Zafar can take the credit to have led the trend, as he cracked the first “Nick” joke in the nick of time. 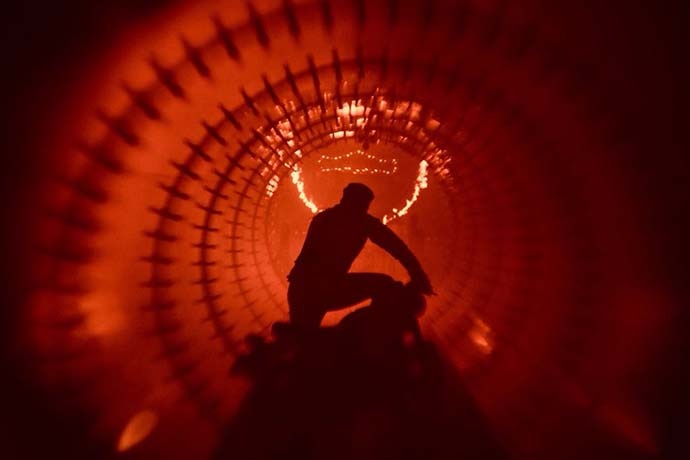 Ali Abbas Zafar tweeted this photo of Salman Khan only a few days ago (Source: Twitter)

No announcement yet, but aren’t we far behind?

No, the wedding, or its date, has not yet been announced.

And also, there is no need to cast a condescending look at the Indian media for its love of celebrity weddings.

Elle and People were apparently the first to report that the duo got engaged on Priyanka Chopra’s birthday on July 17, which was celebrated in London. According to reports, Nick proposed to Priyanka with a Tiffany's ring.

So, when the duo visited India earlier, they must have finalised everything. But we chose to keep ourselves busy in calculating the age difference between the duo, and also to see whether they were holding hands.

In an unrelated development, Ali Abbas Zafar, who is a dear friend of Priyanka, had wished his then-Bharat crew member Priyanka a happy birthday. He must have had the breaking news with him, but he kept it aside for a better time.

Happy birthday @priyankachopra , may God bless you with all the happiness , love and most beautiful smiles this year. Lot’s of ❤️.

Why team ‘Bharat’ is happy

Bharat is, as it has already been made clear, a big-budget movie. It is being produced by Salman Khan’s sister Alvira Khan and brother-in-law Atul Agnihotri. Salman and Priyanka apparently did not share such good terms, but it was reported that Arpita brought them together.

According to various reports, Priyanka was supposed to get Rs 6.5 crore for the film. The amount was heavily contested as some reports claimed it to be Rs 12 crore, double, and another report said she was not charging anything (for no reason though, apart from the fact that she would not be working in the film).

Now, that Priyanka has opted out, the team can accommodate Katrina Kaif or any other actor at a much lesser price. Now, isn’t that good news?

No wonder Ali Abbas Zafar is also so happy.

Also read: Why the age gap between Priyanka Chopra and Nick Jonas is almost perfect