When it comes to terrorism, it’s all about the money in Kashmir

Going by Home Minister Amit Shah’s speech, the gloves have finally come off and the money trail in J&K will be followed to dismantle the terror industry that has been flourishing for decades in the valley.

Traditionally, seizing weapons has been the fundamental pillar of Indian law enforcement agencies’ strategy to combat terror and separatism.

The idea was that without weapons, there wasn’t much that militants could do to challenge the Indian state. The American strategy was totally different. They always focussed on the money that fuelled terrorist activity. According to them, cutting off the supply of funds asphyxiates the activity of terror organisations.

Perhaps, the approaches followed by India and the US were the outcome of their national experiences. Unlike India, where access to weapons is extremely restricted, in the US people have the constitutional right to keep and bear arms. Even so, if India’s experience in combating terror and separatism in the state of Jammu and Kashmir is anything to go by, there is a lot of merit in adopting and incorporating the American focus on cracking down on the financial channels that sustain terrorist networks.

In other words, it is simply no longer enough for the Indian security forces to double down on the kinetic operations to eliminate terrorists. Without dismantling the terror funding networks and the conflict economy in which terror and separatism have become the biggest money-spinning industry in J&K, there is no way India will ever get a handle over the disturbed situation in the state. Money seems to hold the key to end terror in the valley once and for all. (Photo: PTI)

Over the last few years, there is increasing recognition in the security establishment that it needs to put the conflict entrepreneurs out of business. The National Investigation Agency’s (NIA) raids on the money laundering and terror finance networks in February heralded the government’s new approach. More than the kinetic antiterror operations, it is these NIA raids that have enthused ordinary Kashmiris who have finally started seeing the Indian state target the conflict entrepreneurs who have prospered and enriched themselves by shedding the blood of the state’s people. For far too long, loyal citizens in J&K have seen separatists and their sympathisers, including those who kept one foot in the separatist camp and the other in the Indian camp, profit from the conflict.

The truly shocking part of the terror industry in J&K was the fact that it was partly fuelled by agencies of the Indian state. A former intelligence chief has even written a book describing how the spooks paid money to separatists to keep them happy.

This kind of a pay-off would have been understandable, even justified, if in exchange the guys switched sides or at least worked for the Indian state from inside the ranks of the separatists. But this wasn’t the case how it played out. The separatists kept stringing the spooks along but delivered on nothing. In fact, while they kept getting the payments from the Indian side, they were also plied with funds by the Pakistanis.

The Indian state also turned a blind eye to separatists’ other activities — land encroachment, land-grab, building illegal malls and shopping centres, and laughing their way to the bank. (Which, as it turns out, was the government-owned Jammu & Kashmir Bank.) 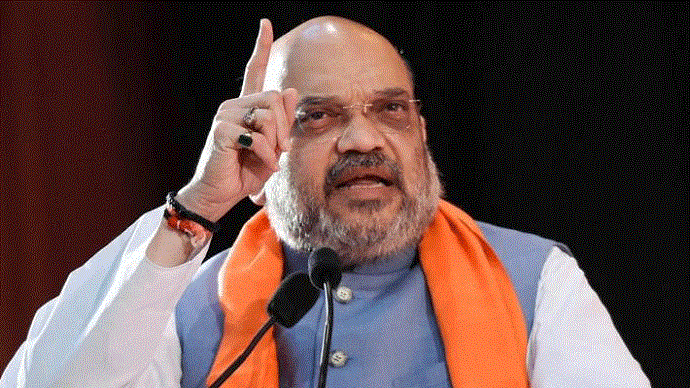 Not messing around: Home Minister Amit Shah cracked a whip on separatists in J&K with his recent speech. (Photo: Reuters)

The recent corruption scandal at Jammu & Kashmir Bank is only the tip of the iceberg of how an entire ecosystem was built to undermine the Indian state and empower and enrich all those who stood against the idea of India.

Things had become so bizarre in Kashmir that much of the anti-India propaganda was actually being funded by the state and Central government! In no other country of the world does this kind of a thing happen and yet, in Kashmir, the most rabid anti-India newspapers, columnists, journalists were surviving on the largesse bestowed on them by the government in Srinagar and Delhi.

Given the level of ‘intelligence’ (the pun is entirely intended) that has been displayed in financing the very people who were India’s biggest enemies, it is no surprise that the spooks also took their eye off the ball when it came to allowing Kashmiris to go and study in Pakistan.

The Turks also play proxy for Pakistan by permitting Istanbul to become a meeting point for Kashmiri youth who are seduced with fellowships and offered all sorts of blandishments.

And then there are the ‘princelings’ — children of terrorists and separatists who were mollycoddled and facilitated into government jobs, given admission in engineering and medical colleges, allowed to travel and study abroad. 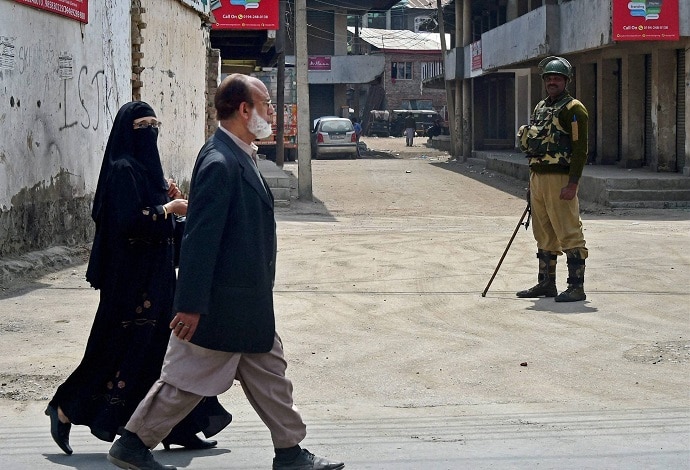 Lull before a storm?: The crackdown of terror financing may only intensify in the coming days. (Photo: Reuters)

No one ever asked where the money came from for the assets they created, or how these characters were able to afford their lavish lifestyles without having done a single day of honest work. As if this were not enough, Delhi, in its infinite wisdom (or the lack of it), opened cross-LoC trade which then became a conduit for funding terrorism and smuggling narcotics.

Hopefully, all of this will end now.

The NIA raids have had a salutary effect, but a lot more needs to be done to shut down the funding networks, penalise and reduce the conflict entrepreneurs to penury. If Home Minister Amit Shah’s speech is anything to go by, it seems that the gloves are coming off and the authorities will follow the money and dismantle the terror industry that has been flourishing for decades in Kashmir. This, more than anything else, will help to restore normalcy in J&K.

Also read: No kid gloves for Kashmir: The Modi govt has a new iron-fisted policy for the Valley. Will it work?