Pakistan can never afford to turn off its terrorism tap. It will keep changing the faces on its terror outfits and try to claim trouble in Kashmir as indigenous. The Anantnag attack was one such attempt.

The terror attack in Anantnag on June 12 — claimed by al Umar Mujahideen, a terror organisation based in Pakistan-occupied Kashmir — has blown to bits all talk of Pakistan finally starting to shut down the jihad factory thriving in that country with state sanction and operating with complete impunity.

An entirely specious argument was being flogged in India that Pakistan needed to be given its due now that "it has begun to take action against India-focused terror groups and freeze their assets". But the Anantnag attack has made it as clear as day that Pakistan has absolutely no intention of turning off the tap of terror. It might regulate it, even reduce the flow of terror, but will not shut the tap, not until it is left with no choice but to do so — and that time is a long way off. They did it. Again: The Anantnag attack exposed Pakistan's lies on 'a crackdown on terror'. (Photo: Reuters)

The al Umar Mujahideen is led by Mushtaq Zargar — one of the three terrorists released by India following the hijacking of an Indian Airlines aircraft to Kandahar way back in 1999.

Ever since, Zargar aka Latram has been living in Pakistan-controlled territory. Although he was always a bit player in the terrorism that has been fostered on Kashmir, the fact that he is a Kashmiri makes him a useful asset for his Pakistani masters. Whenever things start to get tight for Pakistani jihadist terror groups, the standard operating procedure is to put forward a Kashmiri face and then claim before the world that the violence and terrorism being wreaked in Kashmir is an "indigenous freedom struggle".

By the late 1990s and early 2000s, the so-called Kashmiri terror groups, like JKLF and Hizbul Mujahideen (HM), to name just two of a menagerie of jihadist outfits operating from inside Pakistan controlled areas of the state, had their backs broken by Indian security forces. At that time, the Pakistan-based groups, like Lashkar-e-Taiba (LeT), Jaish-e-Mohammed (JeM) and smaller groups like Al Badr, did the kinetic operations but allowed HM, etc., to take the credit.

Something similar is happening now. 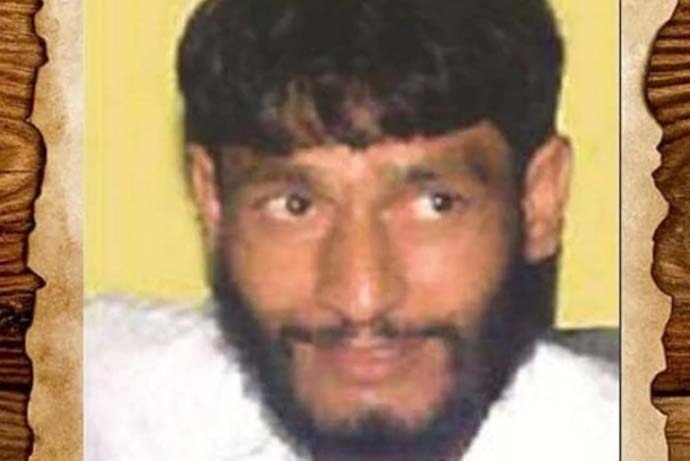 There is enormous heat on groups like LeT and JeM — any jihadist action by them brings opprobrium on Pakistan. Worse, it severely damages the narrative that Pakistan is trying to peddle on Kashmir — indigenous, freedom struggle, fight against an occupation army, what have you. But turning off the tap of terrorism is also not an option for the Pakistanis. For one, it will mean accepting yet another humiliating defeat at the hands of India, this time in a war of attrition. But, even more importantly, it will mean losing the only leverage Pakistan has on India in Jammu and Kashmir. Once it loses this leverage, Pakistan will have nothing left to either invite the attention of the world on its irredentist 'Kashmir cause' or to try and force India into abandoning Kashmir or even making any territorial concessions to Pakistan to buy peace.

Pakistan must therefore keep the Kashmir pot on the fire.

The endeavour will be to try and calibrate actions in a way that things don't boil over. For the foreseeable future, Pakistan cannot afford a major confrontation with India. This is not just because of its collapsing economy and parlous strategic environment, but also because of an unpredictable and risk-taking person like Narendra Modi calling the shots in India. This is where groups like HM and al Umar Mujahideen come handy.

With LeT and JeM becoming four-letter words, a Kashmiri face gives the Pakistanis plausible deniability — the label is Kashmiri, but the poison is Pakistani. In other words, Latram claims responsibility for an attack even though the attack itself is carried out by Pakistanis belonging to groups like LeT and JeM. The only problem with this strategy is that it isn't fooling anyone anymore. The fact that Latram or the HM chief Syed Salahuddin is based in Pakistan, and plans and directs attacks from Pakistani controlled territory, is enough proof of Pakistan's direct involvement in the export of terrorism into India.

The most interesting dimension of the Anantnag attack is that the Pakistanis are not even trying to hide their fingerprints — surely, the ISI handlers of these terrorists would have known that the moment al Umar claimed responsibility, fingers in India would automatically point to Pakistan. Had they wanted to disassociate themselves from the attack, the responsibility would have been claimed by some obscure organisation existing only on paper. This then brings us to the timing of the Anantnag attack — that it happened on the eve of the Shanghai Cooperation Organisation (SCO) summit couldn't be a coincidence, even less so given that it happened after the big blooper made by someone in the Indian system of seeking a favour from the Pakistanis to allow the Indian PM's plane the right to use Pakistani airspace. Do not miss the timing: The Anantnag attack happened just around the SCO summit. (Photo: Reuters)

The attack was perhaps prompted by this unseemly and utterly inappropriate request from the Indian side. The real rulers of Pakistan — the men in khaki uniforms — were delivering a message to India, something they always do either before or after an event where the Indian and Pakistani Prime Ministers are likely to come face to face and perhaps exchange pleasantries or even some words.

The message was to test India by provoking it.

The idea is to see whether India will call off a possible meeting in reaction to a terror attack or will bite the bullet and still go ahead with it.

This is exactly what happened in 2018 when Sushma Swaraj's meeting with her Pakistani counterpart on the sidelines of the UN General Assembly was called off at the last minute because of a terror attack. And it has happened plenty of times in the past.

The lesson should be clear for India — stick to the new policy that the Modi government seems to have started forging after the surgical strikes on 2016. The sort of flip-flops that have become characteristic of India's Pakistan policy need to be consigned to the rubbish bin. Even this time, an attempt was made when unnamed officials started handing out certificates of good behaviour to Pakistan on the issue of terrorism. This was a clumsy attempt to create conditions that would make the optics of Modi engaging Imran Khan more palatable to the Indian public. The result of this myopic and mindless effort at diplomacy was the Anantnag attack, through which the Pakistanis were testing the waters.

Modi's rebuff — not using Pakistani airspace and refusing to indulge even in diplomatic niceties with Imran Khan, and making short shrift of the Chinese attempts to intercede on behalf of their concubine state — was the correct response. But things should never be allowed to come to this pass in the future. The Indian policy making establishment should be extremely careful of the messages and signals they send. Any sign of weakness — yes, even the slightest indication of India softening its stand on engaging Pakistan is seen as a sign of weakness and/or loss of stamina on India's part to stay the course — will invariably be exploited by Pakistan and the manifestation of that will be Anantnag-type of attacks. This isn't to say that terrorism will cease if India sticks to a tough approach; only that if there is no letting up from India's side, not just in kinetic operations but also perceptually, Pakistanis will constantly be second-guessing how India will react, and that gives India an advantage, at least at the tactical level.

For the foreseeable future, Pakistan will remain a constant factor in Kashmir. But its nuisance value will be a variable that will depend critically on how India raises the costs and risks for Pakistan. It is this that India must now focus on — rather than indulge in the utterly futile and facile efforts to have a dialogue with the enemy.

Also read: Delimitation of Kashmir Explained: What a plan to re-draw the state's constituencies can mean