A change in guard at Thimphu could mean a pro-China tilt. As such, India needs to retain its primacy in Bhutan's foreign policy priorities.

The Bhutanese preliminary election to the National Assembly recently sprung quite an unexpected surprise. The ruling party has been mauled in the preliminary stages itself. It stands third among the parties that had contested.

For the country, the transition to democracy has been a peaceful process guided by the Bhutanese monarchy. Starting with a mock election to acquaint the citizens with the electoral process in 2007, Bhutan will now hold the third general election in its history.

The Bhutanese people will now elect 47 members to the National Assembly or the Lower House that provides the executive political leadership. The National Council (Upper House) has 20 seats of which 15 are elected and five nominated by the King.

The elections are conducted in two phases. In the preliminary phase, the registered parties field their candidates. Based on the results of the preliminaries, only the two topmost parties go through to the second round of polling to decide the winners in the Assembly. 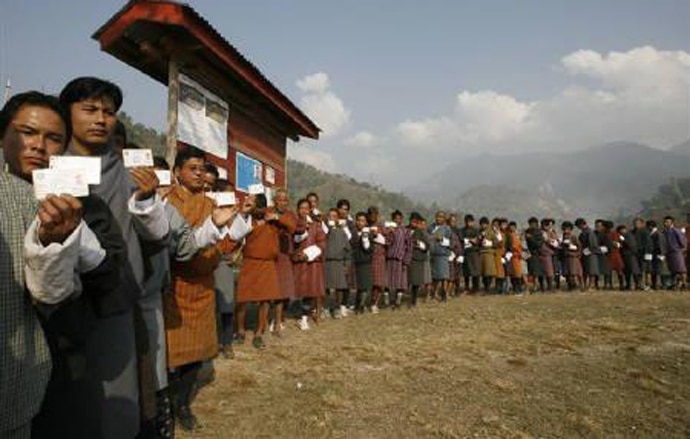 Bhutan will now hold the third general election in its history. (Photo: Reuters)

The Bhutanese people went through the preliminary round on September 17, 2018. The ruling People’s Democratic Party (PDP) led by PM Tshering Tobgay was left behind by the Druk Nyamrup Tshogpa (DNT) and also the Bhutan Peace and Prosperity Party (Druk Phuensum Tshogpa or DPT). As such, the next and final round will be between DNT & DPT.

DNT is led by Lotay Shering, a surgeon, who has won popularity with his promise of better healthcare. The party is not in the National Assembly as of now. In the preliminaries it has won in 16 constituencies. DPT has 15 members in the current Assembly based on the 2013 election results.

Of interest to both India and China and the larger canvas of south and Southeast Asian nations would be the leanings of the new man who will become the PM once the electoral process is completed in October, 2018. Keeping the 79 day Doklam standoff between the Indian and Chinese armies in view, the leanings of the Bhutanese PM are crucial.

China has a disputed border with Bhutan that includes Doklam and a few more areas. The Chinese have reportedly offered Bhutan other areas in exchange of approximately 100sqkm at Doklam.

As per the old Indo-Bhutanese Agreement of 1949 Bhutan was to be guided by India in regard to its external relations. The treaty signed in 2007 lays down that the two governments will cooperate with each other on issues relating to National Interests. PM Tshering Tobgay and his party were with India during the Doklam standoff. The Bhutanese government had given a statement clearly stating that the Chinese were on Bhutanese territory.

Bhutanese politics, despite the transition to democracy, respects the monarchy heavily. For India, this is a major pivot to ensure continuity in India-Bhutan relations and mutually arrived at geo-political stances. However, notwithstanding the monarchy’s pre-eminence it would be better for India to start communicating with both the DNT & DPT leadership immediately. Whatever be the results of the final polls, both parties will be there in the Assembly to chart Bhutan’s policies. 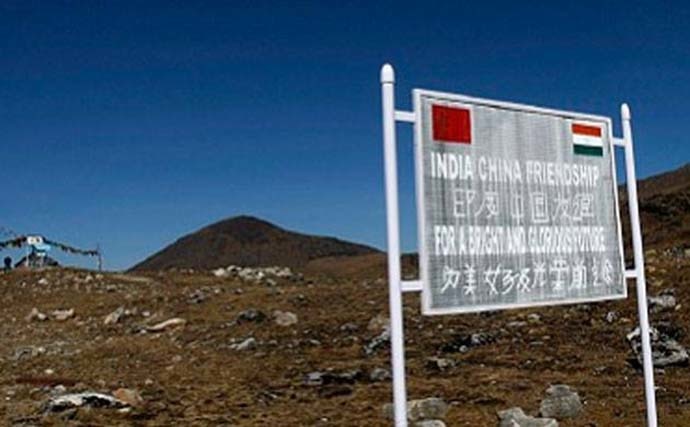 A change in guard at Thimphu does not necessarily mean a pro-China tilt. (Photo: PTI)

A change in guard at Thimphu does not necessarily mean a pro-China tilt, however, it could lead to Bhutan trying to pursue a more equated relationship with both India and China. So far, the New Delhi influence has been pre-dominant. Bhutan has supported the Indian stance on most issues except for a few affirmations of independent strategic policy making on a few occasions.

The very fact that the Friendship Treaty had to be redrafted is an illustration of the faith and bonding between the two nations having been diluted.

India needs to retain its primacy in Bhutan’s foreign policy priorities, more so since it has lost a lot of ground in Nepal to the Chinese. The Chinese will offer greater funding than Indians can afford but Bhutan may not be looking for huge investments.

It has propagated the concept of Gross National Happiness Index over that of GDP, to the whole world. Recently, they declined to ratify the Bhutan-Bangladesh-India-Nepal Motor Vehicles Agreement. Such a connectivity was a major plank for "India’s Act East" and "Neighbourhood First" policies to be translated into facilitating projects between the South Asian countries.

The reasons advanced by Bhutan are the reservations of a section of its population on environmental grounds. As such, huge Chinese investments shouldn’t be Bhutan’s priority. The country and its people are not focused on rapid industrialisation.

However, Bhutanese youth, like young people globally, has higher aspirations and needs jobs. With our longstanding relationship with Bhutan, the Indian focus needs to be on contributing in areas that affect the populace more and in areas that are a priority for the man on the street. 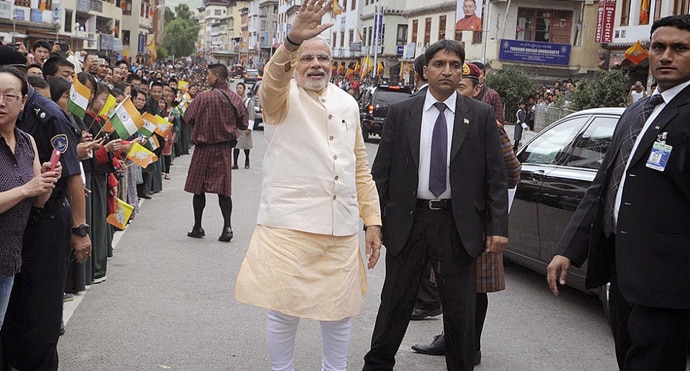 India-Bhutan relationship has a huge ancient cultural linkage which needs to be leveraged. (Photo: Reuters)

Such issues include education, healthcare, agriculture, development of the tourism industry. India already purchases hydropower from Bhutan and is committed to constructing additional hydropower projects in Bhutan. In fact, sale of power to India is Bhutan’s biggest foreign exchange earner.

India-Bhutan relationship has a huge ancient cultural linkage which needs to be leveraged. The revered Guru Padmasambhava associated with Vajrayana Buddhism that has a huge following in Bhutan was from India.

The Indian approach to Bhutan has necessarily to be tailored while being sensitive to the growing Bhutanese aspirations of being considered as an equal. The Bhutanese will also be loathed to be considered as just a pawn in the great game between India and China.

In the years ahead, their aspirations to have an independent strategic opinion as a sovereign state will recur more often. Obviously, they will need to be treated as equals and as such integrated economically to ensure a better balance in mutual trade.

Also read: Doklam crisis is not over: India and China are headed for more conflicts

#Xi Jinping, #BJP, #Narendra Modi, #Doklam
The views and opinions expressed in this article are those of the authors and do not necessarily reflect the official policy or position of DailyO.in or the India Today Group. The writers are solely responsible for any claims arising out of the contents of this article.