What India and China can do to build bridges

The 5th India-China Strategic and Economic Dialogue, was held in Beijing at an interesting time. In the past few months, both India and China, despite their deep divergences on strategic and economic issues, and the strains caused as a consequence of the Doklam standoff in 2017, are trying to put relations back on track by increasing the level of engagement at the governmental level. 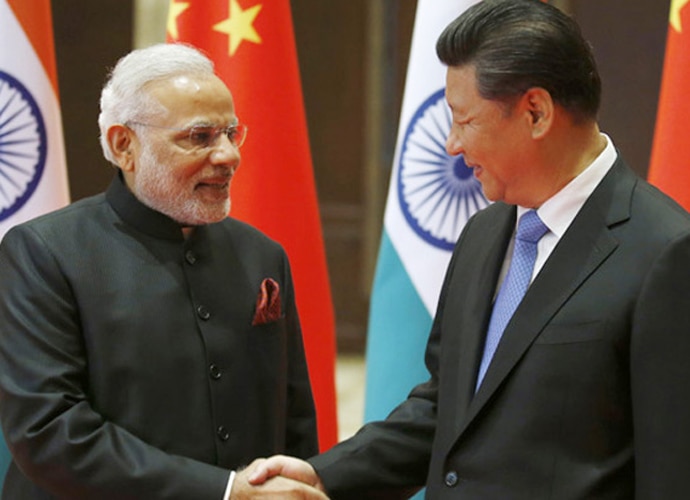 Significantly, this dialogue, the first after the Doklam standoff -which led to the freezing of dialogue between the two countries in 2017 - was held days after the Boao Forum, where Chinese President and leader for life, Xi Jinping, made an interesting address articulating his vision on a myriad of important, but complex issues, such as globalisation, and geopolitics, especially the Belt and Road Initiative (BRI).

The Strategic and Economic Dialogue

Apart from bilateral issues - trade, investment, infrastructural cooperation and economic connectivity - the trade dispute between US and China, and possible impact, including opportunities, for India-China relations, also figured in the discussions.

On the trade dispute between Beijing and Washington DC, India was unequivocal, that it would remain neutral in the dispute. India did suggest to China, that it should consider importing soya and sugar from India. China's imports of agricultural commodities, from the US, are to the tune of $20 billion.

For long, both sides have also been discussing the possibility of China setting up special clusters in India. During the dialogue, this issue was discussed again, with the Indian delegation stating that there is great scope for China to set up special clusters in areas such as textiles, food processing, electronic components and pharmaceuticals. It may be pertinent to point out that a memorandum of understanding (MoU) was first signed in June 2014 between Indian state governments of Maharashtra, Gujarat, Haryana and Chinese agencies) for the setting up of industrial parks. So far, not much has been achieved.

In the area of infrastructure, cooperation was sought to be explored in the area of railways (specifically for increasing the speed of the Chennai-Bangalore railway corridor, and upgradation of Agra-Jhansi railway stations). India also invited China to invest in the Housing for all program by 2022.

Connectivity and Belt and Road Initiative

On issues like BRI, differences between both sides persisted, with China stating that Bangladesh China India and Myanmar (BCIM) Corridor was one of the important corridors of the BRI. New Delhi disagreed, and stated that the BCIM project began way before the idea of BRI was conceived.

India also stated that at this point of time, India was more focused on projects such as the Asean trilateral highway project (India-Myanmar-Thailand), which would boost its "Act East Policy".

Even on India's concerns with regard to CPEC (China Pakistan Economic Corridor), there was no real progress with China not paying enough attention to India's concerns, that CPEC passes through disputed territory and it is a major sovereignty issue. After the Chinese president's speech at the Boao Forum, some in India had believed that China may be more sensitive to addressing India's concerns on BRI. Commenting on the BRI, President Xi said:

"China has no geopolitical calculations, seeks no exclusionary blocs and imposes no business deals on others." The issue of "soft power" also came up during the discussions with India suggesting that in addition to the current working groups, and additional one be set up on culture. Of late, Indian movies have been doing very well in China, with the latest success being Hindi Medium, whose box-office collection was nearing Rs 200 crore as of April 14. Earlier movies like Secret Superstar (Rs 450 crore) and Bajrangi Bhaijaan (Rs 300 crore) had won Chinese heart. Indian film star Aamir Khan, also one of the producers of both Dangal and Secret Superstar has a large number of fans on Sina Weibo, a Chinese microblogging website, and has also expressed interest in working with Chinese actors.

Challenges for both sides

Amid US president's insular economic policies, and intransigence on issues pertaining to climate change, there is space for India and China to cooperate.

For any meaningful progress, however, a few steps need to be taken:

China needs to genuinely address Indian concerns on BRI. Indian ambassador to China, Gautam Bambawale, in an interview to South China Morning Post, while commenting on India's apprehensions had said:

"If a project meets those norms, we will be happy to take part in it. One of the norms is the project should not violate the sovereignty and territorial integrity of a country. Unfortunately, there is this thing called CPEC, which is called a flagship project of BRI, which violates India's sovereignty and territory integrity. Therefore, we oppose it,"

While New Delhi is working jointly with Japan in projects like the Africa Asia Growth Corridor and even countries in the Indo-Pacific have spoken in terms of strengthening connectivity projects, New Delhi should look at all options. If Japan and China are willing to work jointly on connectivity projects, (during a meeting between foreign ministers of both countries in Tokyo, this issue was discussed) both, there is no reason why New Delhi should be totally closed to the BRI. Considering the fact, that China is planning to extend CPEC till Afghanistan, New Delhi cannot afford to be excessively rigid to participating in the project.

Second, in areas like investments, infrastructure and agriculture, it is important to get Indian state governments and Chinese provinces onboard by rotation.

The Fourth Strategic Dialogue in October 2016, where India was represented by then vice chairman of Niti Aayog, Arvind Panagariya and China, by Xu Shaoshi, chairman of National Development and Reform Commission, People's Republic of China witnessed the participation of India's Coastal Provinces and presentations by them on possible investment opportunities. It was also decided that greater cooperation between both sides in manufacturing is needed. The minutes of the Dialogue are as follows: "... representatives of different states, viz., Gujarat, Telangana, Karnataka, Andhra Pradesh and CEO, Delhi Mumbai Industrial Corridor Development Corporation Ltd. made presentations in the Working Group… The State Government representatives gave presentations on the opportunities in the above sector in the coastal regions of India… Mr Li Xuedong (Deputy Director General NDRC) stressed that the Statement of principles on Manufacturing and Industrial Capacity between NDRC, China and NITI Aayog, India to be signed on October 7 by two Chairmen of the 4th India China SED, would mark the good beginning of manufacturing and industrial capacity cooperation between the two sides. With active participation of Chinese local governments and Indian states….

Since in recent years, a number of states and provinces which were not pro-active in the relationship have begun to play a role in the bilateral relationship. Off late for instance, China has shown an interest in Eastern India (especially West Bengal) due to interest in the BCIM project.The Chinese side can also include provinces, like Jiangsu, which have done well in agriculture, and states like Punjab have sought to build linkages with them. While the India-China Forum of State Provincial Leaders has not been able to enhance the participation of states and provinces in the bilateral relationship to the degree possible and feasible, the Strategic and Economic Dialogue should seek to make Indian states and Chinese Provinces important stakeholders.

Third, while China needs to address India's concerns and cannot afford to be dismissive of India's apprehensions, New Delhi needs to move beyond a 'security' mindset. Building a constructive economic relationship will be very tough without a degree of flexibility from both ends. If both sides are not genuinely flexible, the bilateral relationship will not move beyond platitudes and MoUs. China also needs to deliver on its commitments of investment in India. President Xi during his visit in 2014 had said that India would invest $20 billion over a five-year period, official estimates show that till last year, Chinese investments were a little over $1.5 billion.

Fourth, basic issues such as a more realistic - if not relaxed - visa regime, increased connectivity, and more direct flights between both countries are essential for progress in all spheres.

In conclusion, the current geopolitical and economic scenario is interesting, albeit challenging and complex, and India cannot restrict itself to anyone camp, it should try to harness opportunities, as and when they arise.

It is also important for both sides to distinguish between short-term goals, and a long-term vision, which needs to be more holistic.