Very few people can claim to have played and succeeded in so many different roles.

It has been a year since Cho Ramaswamy died. It is often said that late Tamil Nadu chief minister and AIADMK chief Jayalalithaa once told Cho he has to live till she is alive. Their relationship went beyond friendship.

She debuted as a child actress with the YG Parthasarathy drama troupe where Cho was a star. He acted as her friend, philosopher and guide in politics as well as films. Some say Cho even had an influence on Jayalalithaa's personal life, crediting him for the AIADMK chief ousting Sasikala and her family from the party in 2011.

But this piece is not about Cho's relationship with Amma or about the highs and lows of his illustrious career as a dramatist, actor, scriptwriter, director, lawyer, journalist, politician, activist and author. This is about the man who took on numerous roles and what enabled him to play all of them.

He was first and foremost a lawyer. Having been born into a family that had some illustrious lawyers, it was only natural that Cho became one. He had a successful run as the legal adviser to the TTK Group. It was probably in this capacity that he acted as a director for Jayalalithaa's associate properties Jazz Cinemas as well as Midas Breweries upon the ouster of Sasikala family's from AIADMK in 2011. He, however, left the spot once the family got back into the party.

His background in law combined with his religious upbringing were probably instrumental in his uprightness and his habit of standing up and fighting for what he believed was right. 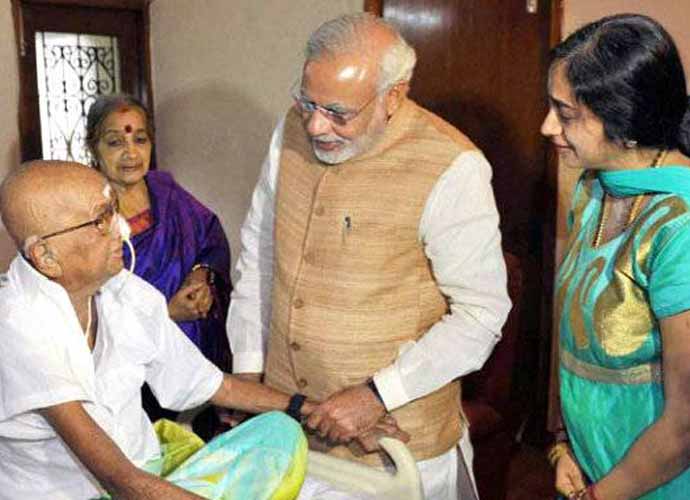 He dabbled in drama even as he was practising law. His impromptu remarks helped him work in plays that started out as comedy but steadily elevated his writing and performance to satire. He shined as a satirist. His most famous drama Muhammad bin Tughluq was so well-written that it became a timeless satire on Indian politics. He also wrote screenplays and directed movies but political satire was the hallmark of Cho's works.

He was someone who took challenges head on and succeeded without making a big fuss about it. We can see it either as bravery or stupidity. What mattered was that it worked.

He started the Thuglak magazine on a whim during a discussion with a friend about sharing political opinions. His friend asked him to stay away from politics. In response, he posted an advertisement asking people if they would read a political magazine started by him. He got a resounding response and Thuglak was born. Unlike other magazines, Thuglak was fearless in its criticism of any government policy or party stand. He was very clear that he wouldn't criticise them at a personal level, which was the reason behind the respect he commanded from the very politicians he criticised.

He remained a Rajya Sabha MP from November 1999 to 2005. He was touted as a fearless voice during this tenure and used his funds effectively to build a community hall that stands tall in Guindy, Tamil Nadu. His public works were, however, not limited to being a MP. He was more of an activist. He took on Jayalalithaa when she was at her most powerful in her political career and got DMK/TMK/Rajinikanth to oppose her.

Again, when the DMK government turned out to be corrupt, he got DMDK and AIADMK together to oppose the government. He "predicted" Narendra Modi's rise as the prime minister even before the BJP openly considered his candidature. His political acumen was the driving force behind his journalistic career as was his fearlessness when it comes to standing up and fighting for his beliefs. The fearlessness became evident when he fought the Emergency tooth and nail along with Janata Party.

Very few people can claim to have played and succeeded in so many different roles. Cho was one of those rare personalities.

#Tamil Nadu, #Narendra Modi, #Jayalaithaa, #Cho Ramaswamy
The views and opinions expressed in this article are those of the authors and do not necessarily reflect the official policy or position of DailyO.in or the India Today Group. The writers are solely responsible for any claims arising out of the contents of this article.