Hardik Patel holds the key to Gujarat for Congress. But it's a challenge to get him

The party will have to throw the kitchen sink at the BJP to win by even the narrowest sliver of margins.

The Gujarat Assembly election seems to be poised for a thrilling climax going by the number of developments since August. With the Congress finally waking up to the challenge and a repackaged Rahul Gandhi leading from the front, it seems the election has become an even contest. While the experts are still backing the BJP, probably wary after getting the multi-stage UP elections horribly wrong, there seems to be a consensus that it won't be a cakewalk for the BJP once again.

The Congress has received a shot in the arm with OBC leader Alpesh Thakor joining its ranks; he represents 20 per cent of the electorate in the state. With Dalits and Muslims likely to continue backing the party, efforts are on to woo Hardik Patel, who could decisively swing the poll in favour of the Congress that hasn't won an election in the state since 1985.

Therein lies the challenge as getting both the Patels and the OBCs, rivals as they were, to back the Congress simultaneously will be no easy task. Hardik Patel, who claims to represent the 13 per cent Patels in the state, has been playing hardball and is keeping all options open at the moment. Though the Congress negotiators managed to placate him after he threatened to disrupt Rahul Gandhi's Surat rally on November 3 à la Amit Shah's, Patel has now virtually given them a deadline to come up with an acceptable formula on reservations. That deadline ends on November 7, their next meeting.

The Congress has never promised the Patel community reservations under the OBC quota as offering it would be unviable for the party, alienating the OBCs who are numerically higher in number. Getting reservation under the OBC quota would mean the Patel community cornering most of the jobs meant for the other caste groups, who make up more than 45 per cent of Gujarat's overall population. 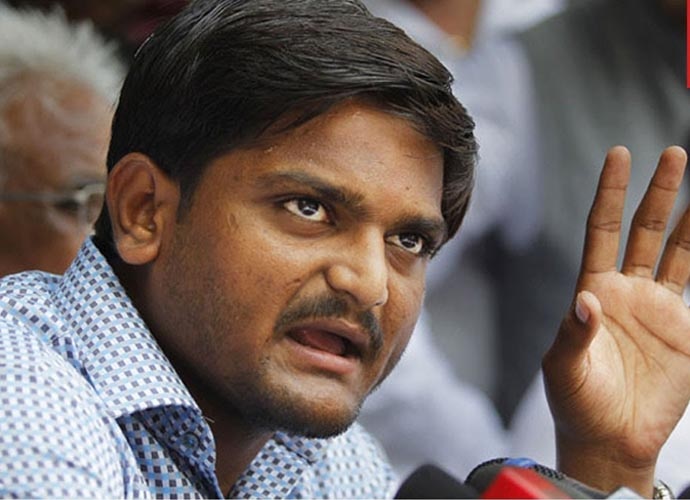 Efforts are on to woo Hardik Patel.

So, how can the Congress come out of this quagmire?

It is necessary for the Congress to not be browbeaten by Hardik Patel into making unrealistic promises as that would ultimately come back to haunt them. It should be remembered that Madhavsinh Solanki's infamous KHAM (Kshatriya-Harijan-Adivasi-Muslim) formula that saw the party winning the 1985 polls by a record 149 seats ended up backfiring on the party soon after he fulfilled his promise to extend reservations to backward classes.

As things stand, Gujarat already has a combined 49 per cent reservation for the OBCs (27 per cent), Scheduled Tribes (15 per cent) and Scheduled Castes (7 per cent). The 50 per cent ceiling on quota as mandated by the Supreme Court will pose an enormous challenge for any party to extend the reservations to Patels or any other groups.

The Anandiben Patel government had on April 1, 2016, promulgated an ordinance - Gujarat Unreserved Economically Weaker Sections (Reservation of Seats in Educational Institutions in the State and of Appointments and Posts in Services under the State) Ordinance - that created an extra 10 per cent EBC quota; but was struck down by the courts within four months and lapsed on October 1, 2016. The court held that no quota can be granted on the basis of economic grounds as it is not provided for in the Constitution.

The Patels have been referring to a bill passed in Rajasthan last week that saw an additional 5 per cent MBC (More Backward Classes) quota being added to the OBC quota thereby taking the total reservation to 54 per cent. Going by past precedents, it is likely to get challenged in the court and most likely to get struck down.

The Congress had tabled a private members bill with a proposal to have a 20 per cent EBC (Economically Backward Classes) quota during the budget session of the Gujarat Assembly in 2016 even before the Gujarat government came up with their ordinance on April 1. The Congress has been regurgitating the proposal in recent times though there is no clarity on how they would evade judicial scrutiny. 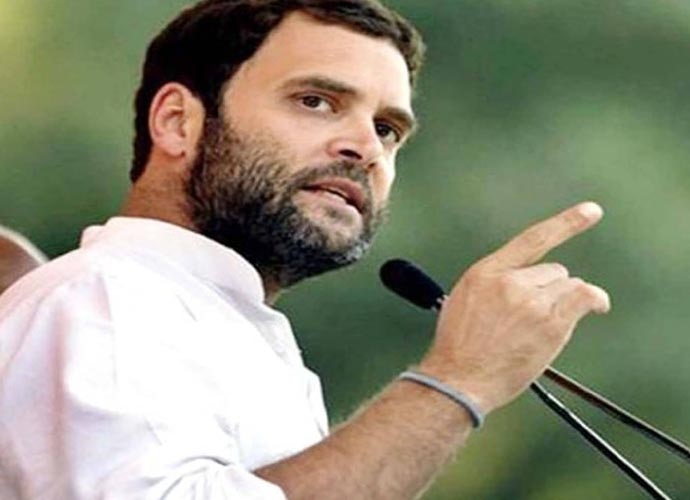 A repackaged Rahul Gandhi is leading from the front in Gujarat.

It isn't clear if the 1 per cent quota available within the legally permissible 50 per cent has been offered exclusively to the Patels as a way out of the imbroglio. Though it might sound trivial at first, a 1 per cent exclusive quota may not be that little in absolute numbers for a community that makes up only 13 per cent of the population. Even in such a scenario, it will have to be carried out diligently as surveys will have to be conducted to identify backwardness and inadequacy of representation in public employment and education to ward off charges of arbitrariness.

Assuming that the Congress comes up with a solution to enlist the support of Hardik and his Patidar Anamat Andolan Samiti (PAAS), it will still have to ensure that all the other pieces fall into the jigsaw to ensure an upset.

Though Jignesh Mewani isn't willing to join the Congress like his OBC counterpart Alpesh Thakore, he is also campaigning on an Anti-BJP plank, thereby inversely backing the grand old party. The Congress is also trying to stitch up an alliance with tribal leader Chhotubhai Vasava and his faction of the JDU to consolidate its position in the tribal belt.

On paper, this rainbow coalition has the numbers to upset the BJP. But BJP has an edge on many other fronts. The Congress has, of late, mastered the art of squandering favourable positions while the BJP has been adept at snatching wins even from the jaws of defeat, as seen in Goa and Manipur.

Ticket distribution will be one crucial factor in the political matrix. A last-ditch communal polarisation card in the BJP arsenal should not be discounted as well. The BJP has a Machiavelli in Amit Shah and an able Man Friday in Bhupendra Yadav, who have mapped the election down to the booths and to pages where every single vote is counted. With a non-existent organisation at the booth-level in Gujarat, it would be tough for the Congress to face up to the challenge of a well-oiled Sangh machinery. How the urban seats are to be won is the bigger question in the minds of the Congress strategists.

Congress will have to throw the kitchen sink at the BJP to win by even the narrowest sliver of margins and if that indeed happens, it will be worth all the risk-taking it entails. It would eventually ensure the crumbling of the edifice on which the inflated "Gujarat model" has been floated. But Congress needs to first come up with a workable solution to the Hardik Patel conundrum to kick-start its charge.

Post your comment
#Rahul Gandhi, #Gujarat elections, #BJP, #Congress
The views and opinions expressed in this article are those of the authors and do not necessarily reflect the official policy or position of DailyO.in or the India Today Group. The writers are solely responsible for any claims arising out of the contents of this article.