Apropos of Jasti Chelameswar's exit: India's judiciary crisis is far from over

It’s been just more than six months since the historic press conference of the four sitting judges of the Supreme Court. On January 12, an unprecedented media interaction took place where the four most senior judges — Justices Jasti Chelameswar, Ranjan Gogoi, Kurian Joseph and Madan B Lokur — criticised the conduct of the present CJI Dipak Misra and the way the Supreme Court is being administered. Many of us would think the storm has died down. Well, not really!

As justice Chelameswar retires, it’s Arjan Kumar Sikri — the sixth most senior judge — who makes his entry into the collegium. Insiders say that the dynamics within the collegium are set to change. While earlier the four judges had a very critical view about the way CJI Misra had been functioning, justice AK Sikri has so far steered clear of any controversy and is known to enjoy the CJI’s trust. He has been part of crucial constitutional benches including those formed to decide the Aadhaar and the Centre versus Delhi issues. It is believed that this change to the collegium shall be a pertinent one, especially amid the ongoing tussle over judicial appointments. 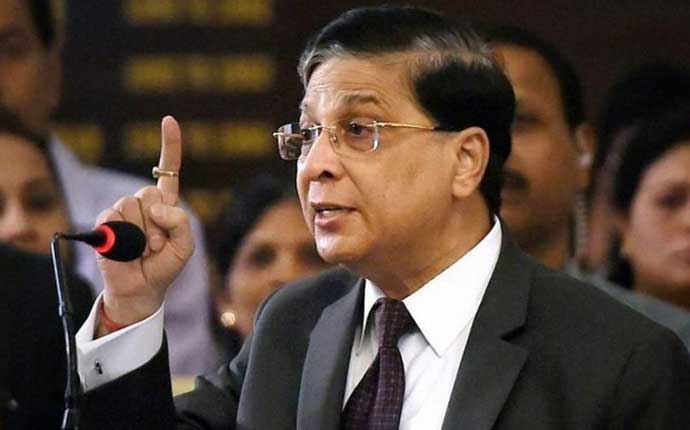 Four top judges had a very critical view about the way CJI Misra had been functioning. Photo: PTI

In these last six months, the institution of the Supreme Court, which sits right at the top of our constitutional structure, has seen much tumult. The first came with the decision of Opposition parties to move an impeachment motion against CJI Misra — the first in our constitutional history. Once rejected by the vice-president, the motion was challenged at no less than the Supreme Court. The bench, led by none other than justice AK Sikri, heard the matter and quite conspicuously failed to give any clarity as to who exercised administrative power in constituting the bench, since the matter directly concerned the CJI and he couldn’t have acted as the “master of the roster”.

The Congress dropped its petition, but the questions of propriety and procedure for the Supreme Court shall continue to loom.

The plea of Prashant Bhushan in the MCI scam was scheduled to be heard by justice Sikri, but justice Chelameswar allowed Bhushan's plea to be mentioned and referred the matter to a five-judge bench. The order was eventually overturned by CJI Misra, fuelling a crisis that led to the January 12 press conference. The recent order of the Supreme Court, where a floor test was ordered to be conducted within 24 hours in the Karnataka Assembly leading to the fall of the BJP government, came from the bench led by justice Sikri.

In the last six months, the five-member collegium which consists of four senior judges and the CJI demonstrated its rifts like never before, especially at the press conference. It was clearly the CJI versus the other four judges. Especially when the controversy began over the reiteration of the name of justice KM Joseph for elevation to the Supreme Court, at least two of the judges from the collegium spoke to the media about the need to urgently assert his name.

While the Centre cleared the appointment of justice Indu Malhotra — who was directly elevated from the bar — justice KM Joseph's name was sent back. Since then, the collegium has met twice, however the name has not been reasserted. What’s further precarious is that the collegium's resolution, uploaded on the website, says there is “in principle” an agreement to reassert the name of KM Joseph, however there are other names which could not be agreed upon.

The Centre, in its letter, had asked for more names to be recommended for elevation. 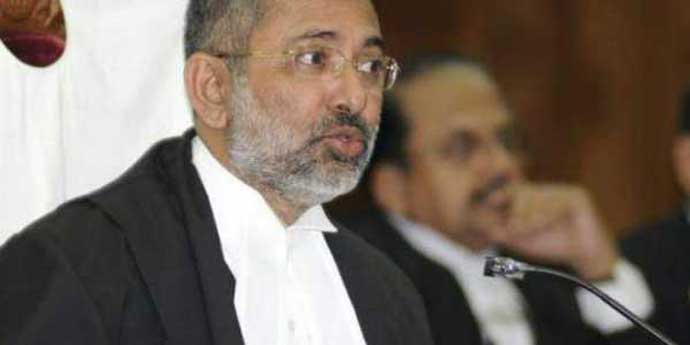 justice Kurian Joseph's name was sent back by the Centre. Photo: PTI

While the appointments to the Supreme Court have been viewed as a point of conflict between the executive and the judiciary, the problem was already endemic in the appointments at the level of the high court. Sources have confirmed that the names of two senior counsels have been returned to the collegium after the government literally sat on them — deliberating for two years. They were reasserted by a three-member collegium; yet, the government has broken convention and refused to clear the names of Mohammed Mansoor and Basharat Ali Khan for elevation.

As the court reopens in July, speculations are rife over whether CJI Dipak Misra shall refer the name of justice Ranjan Gogoi (who was part of the January 12 press conference) for elevation as the chief justice of India. The government has maintained that it shall go by the recommendation of the CJI.

Evidently, the crisis at the top judiciary might have taken a much needed “summer break”, but it is bound to return — and with a bang!