Probe against Nawaz Sharif and family: No, it is not witch-hunt, it’s accountability

For all the attempts to paint Sharif as the victim and PM Imran Khan as the villain, the people of Pakistan notice things.

From Zulfiqar Ali Bhutto in 1977 to Mian Nawaz Sharif in 2017, what is the one thing that is common among all the elected prime ministers of Pakistan? Not one of them had a full five-year term. From military coups to judicial assassination to presidential dismissals to court-ordered disqualifications, the prime ministers of Pakistan have the almost surreal status of an unceremonious removal from the office. Reasons vary, but the edifice of democracy was not given a chance to be strengthened in its shaky foundation, myriad factors threatening its very existence.

Two completed terms later, in 2019, as the categorical supporter of democracy, a denouncer of military coups and a critic of judicial overreaching, I hope Pakistan is on its way to becoming a real democracy where the only way to have a new prime minister is through vote after the completion of his/her term in five years. 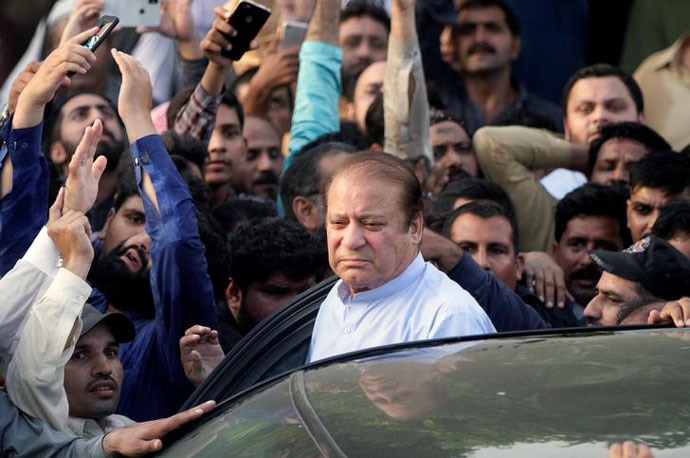 Prime Ministers of Pakistan tend not to complete their full term in office, due to a variety of factors. (Photo: Reuters/file)

To move forward, there is much to be learned from the past, and to make the most of today, it is imperative to have a vision for tomorrow. What is also very important is to not let the truth be obfuscated with bluster, emotionalism, finger-pointing and lack of introspection. What is even more important is that Pakistan holds all who served in any public office responsible for their alleged misdeeds, and not let accountability be construed as a witch-hunt, as political victimisation.

With Nawaz Sharif in jail, Shahbaz Sharif and Asif Zardari facing various inquiries, there is a great deal of clamour in Pakistan as to the need to hold the powerful accountable, the imperativeness of justice to be blind to clichés of power and money bestowing on anyone the get-out-of-jail-free card, and to remain steadfast in ensuring that no political position makes anyone impervious to the uniformity of accountability.

The government of Prime Minister Imran Khan is walking the talk, and the justice system is finally doing what it should have done all along: hold all who have harmed Pakistan accountable. Despite all the efforts of Sharif’s family and party to paint a picture of victimhood and injustice to a three-time prime minister, crying hoarse at their failure to move Sharif out of Pakistan on the pretext of medical treatment, what remains indisputable is that financial corruption is a reality in Pakistan. A narrative is being created that Sharif is being 'victimised' by a nexus of the establishment, the judiciary and Imran Khan. (Photo: Reuters/file)

Nawaz Sharif must get the best medical treatment that is available in Pakistan while being given all his legal rights as he serves his seven-year sentence. What Nawaz Sharif, his daughter, supporters and party members must remember is that people of Pakistan are not as naïve as they are considered to be. Pakistanis know that corruption at the very top is a reality. They know the powerful work on self-serving agendas. They know their vote is not for their life to be improved but to benefit that of whom they vote for. They know there is an absence of across-the-board accountability. They see, they know, and they remember.

People of Pakistan are not fools, they notice things, and they question things. Answers may remain elusive, and accountability is considered a utopian concept: ideal but impossible until now. They know that what has existed in Pakistan is extractive political dynamics. When you enter public office not to serve the people, not to deliver on the social contract for the people, but to extract value for your interests. What ensues is crony capitalism and undermining of institutions; without doing the latter, it is hard to establish the most conducive environment for extraction.

People of Pakistan know that corruption is as much a reality as the hardship they bear to live a life of dignity, providing essentials for their family. They know that those in power do it through various means. People of Pakistan have always asked questions.

They asked: Why did Zulfiqar Ali Bhutto in 1973 instead of introducing substantive civil service reforms ended up making civil servants more powerful? Why were certain state institutions created and handed over to civil servants, with controlling power in those multi-billion rupee corporations? People throughout the last few decades, during civilian and military rules, saw what happened and asked: Why is corruption done through giving of contracts to cronies, the front men? Why are contracts for international airports, construction of highways and development of areas given to selected companies? Why despite the World Bank-mandated stipulation of transparency and due process many scams take place? Why are only the chosen few given contracts? Why are contracts for motorways given to favourite foreign companies, not to benefit Pakistan, but to ingratiate the powerful with those big companies?

People asked: Why was there an absence of forensic audits to confirm the money trail of those who had become wealthy in a very little time? How did they become owners of multiple sugar mills, other industries?

People asked: Why were huge chunks of land bought by a particular family at a very low price? Why was the land, buy-it-a-very-cheap-cost deal of which was deputed to a deputy commissioner/other high-level civil servant, bought by the patriarch of the family when the son was the chief minister? Why was the development of that land done with funds from the public exchequer with the claim it was all for the good of the people whereas the real purpose was to have its value increase manifold?

People asked: When the scion of a business family was made the chief minister, why did he create a provincial organisation that while pretending to work for the betterment of the people primarily catered to enhancement of personal assets of that one family?

People asked: Why was there an advertising agency in Islamabad, founded by the top female leader of one party and her close female political associate, that received the largest share of government advertising? They were also the top position-holders in that government.

People asked: How was unquantifiable money made through a mechanism of pre-shipment inspection, and clearance of the same shipments? Why were there reports of the same money finding its convoluted way into some very secret accounts in discreet Swiss banks? 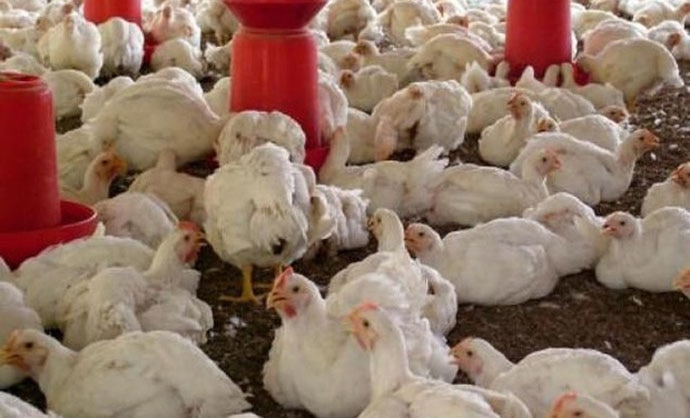 Why was tax on chicken products reduced when a particular political dynasty ventured into poultry business? (Photo: PTI)

People asked: Why did a finance minister ask people to eat chicken and not dal when one kg of dal could and one kg of chicken could not feed many? Why was the tax reduced on chicken products when a particular political dynasty ventured into poultry business? Why was taxation manipulated to suit the business interests of one family?

People asked when once again the lament of “We didn’t do anything” began: Why do buildings holding records of multi-billion projects keep getting burnt down?

People asked: Why is the lower-level judiciary involved in corruption? Why do they look the other way, or become part of it?

People asked: Why was a Chief Justice enraged about a report on his son’s alleged corruption, and gave the owner of a media house a severe dressing-down?

People asked: Why did the media tycoon say they’d get “them” when the time was right (as then they “needed him to topple someone else?”)

People asked: Why is there a scandal of layering of bank accounts, money deposited from one account to another to make the original deposit and the source of that money almost impossible to trace?

People asked: How is the accountability of private contractors providing food to an army station headquarter done? Who is doing an audit of the big defence contracts? Who is doing the accountability of the army-run business conglomerate, one of the biggest in the country? Why did the off-site meeting of a national fertiliser sold internationally take place in Brazil? Why doesn’t a retired general really retire, and become the head of a corporation? Who is the watchdog of real estate, the biggest business in Pakistan, the biggest retailer of which is the army? And that even if there is an intra-institutional audit, why is the civilian leadership reluctant to ask the army legitimate questions?

Today people of Pakistan ask: Why is the accountability of the Sharif family being conveniently labelled a political witch-hunt orchestrated by a nexus of the establishment, the judiciary and Imran Khan? Panama Papers was an international revelation, and had nothing to do with anyone who’s being blamed for making the Sharif family a victim of political vengeance. 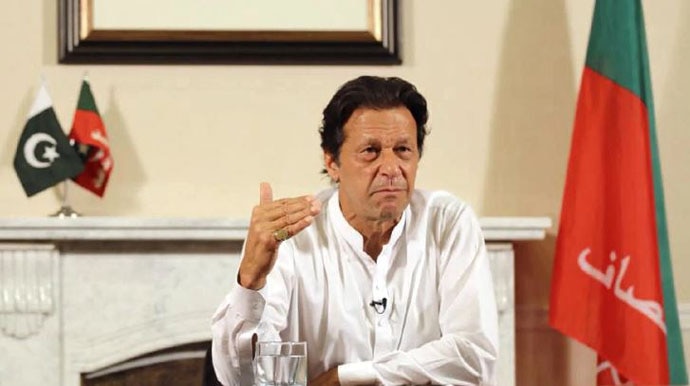 PM Imran Khan is not a saviour, but he is looked at as someone who will ensure accountability. (Photo:AP/file)

Justice delayed is still justice, and accountability of those who harmed Pakistan is what will make Pakistan a country that introspects, learns, recalibrates and moves forward–changed, better, more honest, more empathetic. Prime Minister Imran Khan is not a saviour, but, relentless and incorruptible in his pursuit of justice and accountability of the corrupt, he is looked at as someone who will ensure accountability – be it of his own party members, family members, higher judiciary, military big shots and previous prime ministers, presidents, chief ministers and their corruption-happy band of men and women. Khan did not start any case against anyone but Khan will ensure that accountability is not a witch-hunt but a just and a transparent process.

At least, that I, as a voter of Imran Khan, hope to see happen in my beloved Pakistan.